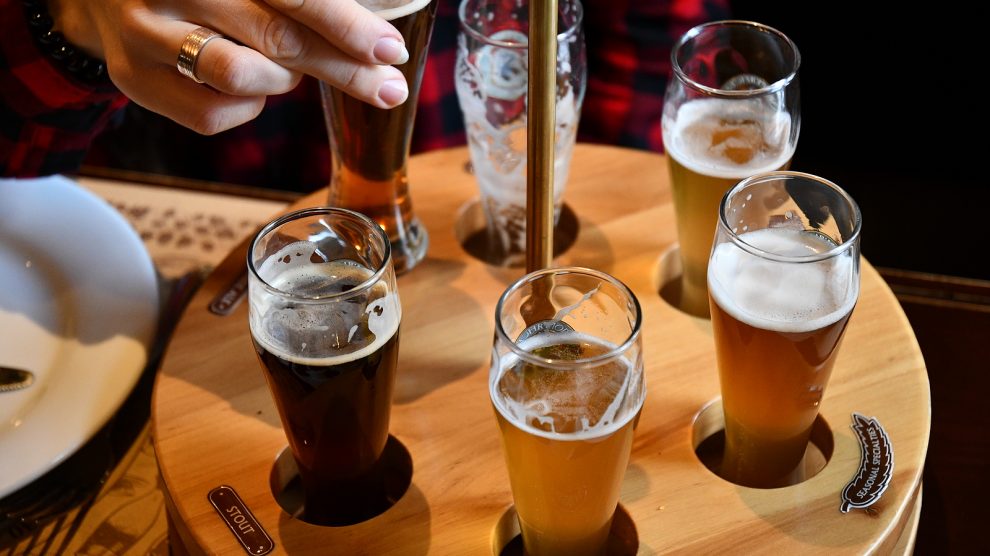 Poland is now surpassed only by Germany in Europe when it comes to beer production. What’s the secret behind the country’s booming beer industry?

Poland has long been one of the Europe’s largest producers of beer, according to the annual European Beer Trends report compiled by The Brewers of Europe.

But in 2018, Polish brewers produced over 42.6 million hectolitres of beer, surpassing the United Kingdom for the first time.

While there was a decrease in production in 2019 throughout the continent, Poland maintained second spot – behind Germany – by making more than 40 million hectolitres, ahead of Spain’s 39.5 million and the UK’s 39.2 million. The value of beer exports topped 204 million euros, with The Netherlands the biggest export destination.

However, according to Bartłomiej Morzycki, director of the Union of Brewing Industry Employers Browary Polskie, the Polish representative to The Brewers of Europe, Poland was not always beer giant it is today.

“Poland has gone through a beer revolution, transforming from a vodka country to a beer country,” he tells Emerging Europe.

Bartosz Wojtyra meanwhile, from the faculty of human geography and planning at Adam Mickiewicz University in Poznań, tells Emerging Europe that the history of the Polish beer market is long, very turbulent and strongly reflects the country’s political and economic changes.

“The modern Polish brewing industry experienced years of crises and prosperity caused by two world wars, the transition to a centrally planned economy, and finally the construction of a free market economy during the political and economic transformation after 1989,” Wojtyra explains.

Morzycki believes that it was this economic reform that allowed the Polish beer industry to become what it is today.

“Along with the socio-economic changes that took place after 1989, brewing in Poland was reborn. Mainly thanks to international brewing companies, breweries in Poland have been modernised, new technologies have been introduced and new beer recipes have been developed,” he says.

However, this success did not come about without a conscious effort to foster a suitable business environment for the industry to thrive.

“After 30 years and nearly 13 billion złoty invested, the brewing industry in Poland is world class. With over 300 breweries all over country, we enjoy over 1,500 new products every year – from non-alcoholic beers (a sector that has increased over 80 per cent in the past few years), to popular lagers and unique craft beers,” says Morzycki.

The latest data from The Brewers of Europe (from 2019) reveals that today there are 310 breweries in Poland and the industry supports 9,500 jobs.

“The beer sector today consists of breweries located in every region of Poland, from microbreweries and regional brewing companies to big plants producing hundreds of thousands of hectolitres of beer per year,” Morzycki says.

“Every region in Poland makes money from beer – malt and hop local suppliers, logistic companies, the HoReCa and retail sectors (64 per cent of beer is purchased in traditional retail stores). So far, Polish beer is the only export product from the food sector that has labels saying ‘Proudly Made in Poland’,” he adds.

“In recent years, there has been a clear change on the market,” also argues Wojtyra.

He points out that small businesses, that may not be reflected in official figures, such as craft breweries and contract breweries, have been essential for the industry’s growth.

“There is a growing variety and availability of high-quality beer, as well as consumer awareness – drinkers are increasingly demanding,” he adds.

Not only is Poland one of Europe’s leading beer producers, but it is also one of its top beer consumers: most of the beer it makes is drunk locally.

In 2019, Poles drank close to 38 million hectolitres of beer, according to The Brewers of Europe, making it the fourth largest market for the product within the EU.

This may be surprising to some, as after all, Poland is the birthplace of vodka and brands such as Wyborowa, Chopin Rye, and Belvedere are well known throughout Europe and the world.

“Consumer preferences in Poland have also changed significantly,” says Wojtyr. “The consumption of strong alcohol has decreased in favour of weaker alcoholic drinks such as beer. The high consumption of beer was additionally helped by wide advertising, high availability and attractive prices caused by favourable tax conditions.”

“A culture around the consumption of beer is gradually developing in Poland, similar to, for example, Czechia or Germany, also known for their deeply rooted brewing traditions,” he says.

Meanwhile, Kryštof Materna, a researcher at the Charles University in Prague, believes that it is Poland’s fresh perspective that has allowed the country’s beer industry to come so far.

“In my opinion the success of the growing beer market in Poland is connected, a bit surprisingly, with the weaker brewing tradition in the country,” says Materna.

“Compared to Czechia, Germany or Belgium, Poland is more open to foreign influences on the brewing industry. This has led to big investments in breweries like Tyskie or Żywiec, which have now been acquired by multinational brewing companies,” he says.

Not only are Poles eager to do business with foreign entities, but they are also willing to learn and adapt, according to Materna.

“Poland is open to foreign beer styles, and inspiration from abroad leads to the establishment of many new microbreweries, multitaps and beer festivals which makes beer more and more popular among the population. Therefore, while the beer market in most EU countries is stable or even declining, in Poland we still see significant growth of both quantity and quality of beer.”

Polish javelin thrower auctions silver Olympic medal for charity, only to get it straight back
Belgrade gets digital, but can it compete with other digital nomad locations?
Comment