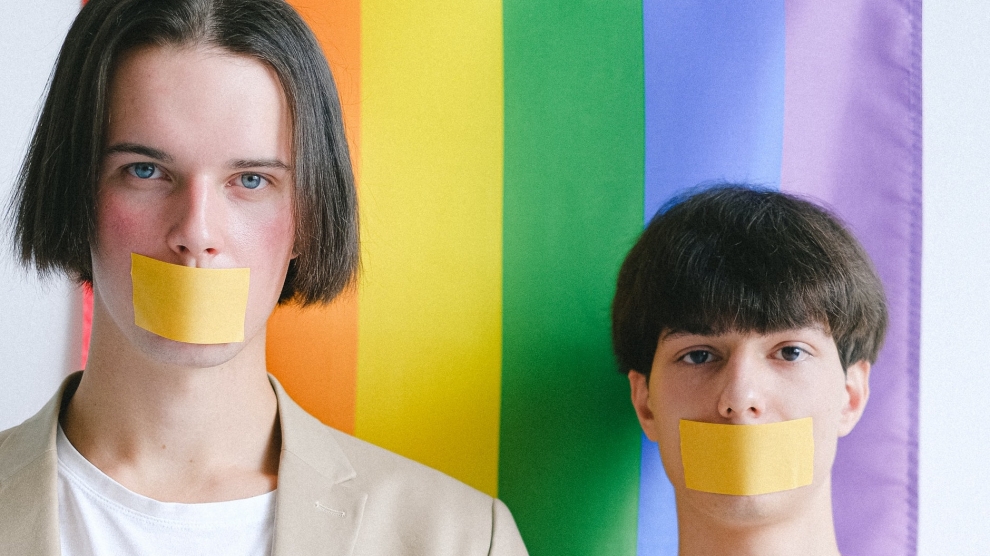 From the violent failure of the 2001 Gay Pride event to Ana Brnabić — the country’s current prime minister and first openly gay senior official — LGBT rights in Serbia have come a long way over the past two decades.

And yet, despite this positive change in legal framework and tolerance, the gay lived experiences, gay themes and subjects, and queer art are still very much relegated to the margins in Serbian and, if truth be told, regional society.

A recent short story competition aimed to change this by amplifying queer voices and allowing them to tell their own stories in their own ways. Called The Flower of my Secret, it was organised by two magazines — Optimist, a gay lifestyle publication, and Bookvar, a literary magazine.

For Predrag Azdejković, longtime LGBT rights activist and editor-in-chief of Optimist, the contest was a way to encourage LGBT people to think about their identity in a creative way.

As an activist, he believes that art can be a way to bolster the LGBT community in the fight against homophobia and prejudice and to help them change their own worlds.

The Gay and Lesbian Info Centre (GLIC), an organisation that Mr Azdejković spearheads, also organises the Merlinka Film Festival which has in recent years gone regional. Merlinka is the only place in the Western Balkans where audiences can see alternative and underground movies and documentaries which feature LGBT topics and experiences.

And it is important for queer people to be able to see their experiences reflected in the media they consume.

“We are literally gasping for heroes and role models we could empathise and identify with,” Nemanja Ilić, the winner of the competition says.

His story, A Letter for Esteban, was selected for the main prize — 200 euros – sponsored by XL Bar, a gay nightlife spot in Belgrade along with the Office of Human and Minority Rights of the Republic of Serbia.

Mr Ilić is a 26-year-old who lives and works in Novi Sad and has been writing poems and short stories for quite a while now. He says his main motivation to participate in the contest was that he’s gay and he loves to write.

“An opportunity like this is unique and shouldn’t be missed especially in a country where queer people don’t have a lot of room to express themselves,” he tells Emerging Europe.

Writing can be therapeutic for queer people, who are still facing discrimination and intolerance around the world.

“When you get the chance to write about yourself or about experiences like your own, it’s like you’re suddenly casting off years and years of accumulated and swollen shackles,” he says.

One thing is very clear from the conversation with Mr Ilić, queer people in Serbia and the region are just not as visible yet as they should be — and neither is their creativity and art. Despite patchy support by official institutions in the form of grants and projects and despite the short story collections it seems like that queer art is not ready to break into the mainstream in the region.

“I think mainstream art has the power to contribute in the battle against homophobia and decreasing hate and prejudice toward LGBT people, because it is massive — while queer art is not,” Mr Azdejković says.

This contrasts bleakly with the situation in Western Europe and the United States, where queer art and creativity is having its moment in the mainstream sun. In France, Héloïse Lettisier (better known under the stage name Christine and the Queens) is pushing the boundaries of gender through catchy pop music. In the United States and much of Europe, RuPaul’s Drag Race has brought the artistry of drag to an enormous mainstream audience.

Drag is becoming more popular in the Western Balkans too with regular drag events in Belgrade, Zagreb and other regional cities. But that is only one kind of art, and when it comes to mainstream representation the region is lagging behind.

Gay and lesbian characters are popping into popular TV shows but only as support. With the exception of 2015’s groundbreaking comedy drama Next to Me, there are no LGBT leads in mainstream regional cinema.

Far from getting a mainstream break, it seems queer art in Serbia isn’t even able to establish a regular and self-perpetuating scene with the output of content being pretty low and mostly limited to events like short story competitions.

To try and make sense of this, I spoke with Dušan Maljković, a gay rights activist and author. He agrees too, as long as there is stigma and prejudice — representation and visibility matter.

“The inclusion of gay characters always needs to be justified while for straight ones, it’s enough they’re straight and nobody ever asks for a specific justification,” he says.

He also tells me that there used to be more to the queer art scene in the late 1990s and early 2000s. That decade saw the release of two queer novels from queer writers — Uroš Filipović’s Staklenac and Dejan Nebrigić’s Lavirintski Rečnik Paris – New York. And of course, no recounting of queer literature in Serbia would be complete without Jelena Kerkez Deve’s Lady M — the first Serbian lesbian novel, self-published in 1995.

Bolstered perhaps by the changing times which saw the Serbian strongman Slobodan Milošević ousted, there seemed to have been an outpouring of queer creativity at the turn of the millennium.

“It’s strange that there was an outpouring of production in the early 2000s but 20 years later, there isn’t,” Mr Maljković says. But he also points to several factors that are at play in contemporary Serbian society.

Even though the LGBT rights situation in the country is now much better, homophobia is still rife. And making a living from writing is tough even in the best of circumstances, let alone for those who are still marginalised.

Most importantly however, it seems that mainstream publishers and entertainment producers simply haven’t yet recognised the LGBT community as a lucrative demographic for their products in the same way this has happened in the West at the turn of the 21st century with entertainment such as Queer as Folk, Will and Grace, and The L Word.

In Serbia, Meti Kamberi’s Grad Bola is an example of a work from the margins gaining widespread notoriety. The novel, which recounts the 19-year-old Romani author’s tough and impoverished childhood was originally self-published but then picked up by Nova Poetika, a mainstream publisher. In mainstream art circles, Romani authors don’t fare much better than queer ones, but the success of Kamberi’s novel might signal that Serbia is ready to bring marginalised voices to mainstream and institutional recognition.

But for queer art and queer artists right now, the road to the mainstream and visibility remains fraught with difficulty and uncertainty. Without even an established indie scene, there is no infrastructure that could amplify their voices and serve as a pipeline to wider recognition and appreciation.

“Our Oscar Wilde is still waiting to emerge or maybe even to be born,” Mr Maljković concludes.

Masha Reva: ‘I’m proud to be Ukrainian but I believe that an eye has to travel’
Ukraine through the eyes of female and non-binary photographers
Comment