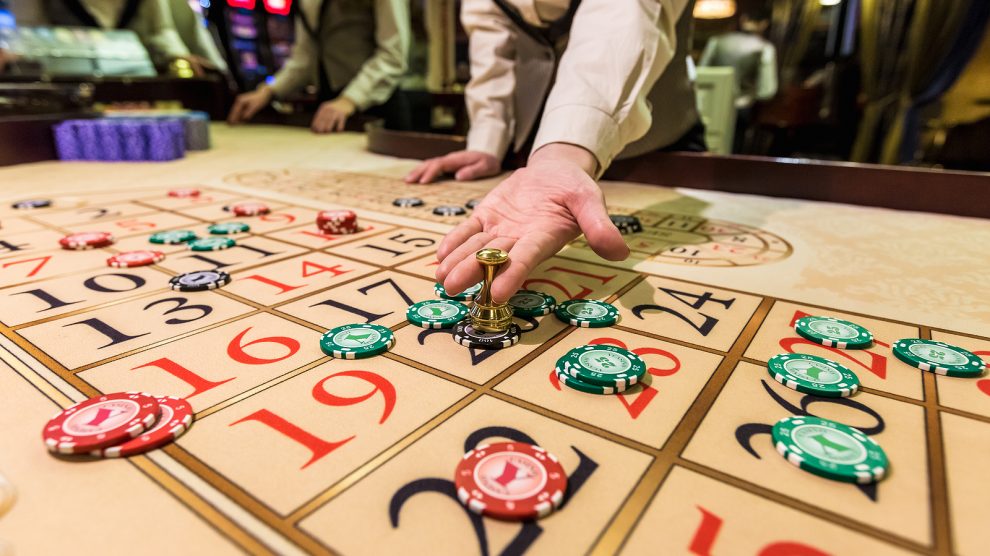 Belarus may have a puritanical president whose increasingly repressive regime tolerates little dissent, but the gamblers who throng from neighbouring countries to its many casinos don’t appear to mind.

When it comes to gambling and casinos, for most people Belarus is not the first country that comes to mind. However, in the former Soviet world, it has built itself a reputation as being the region’s Las Vegas. There are over a dozen casinos in the capital of Minsk and this number is constantly growing. Virtually every city in the country is replete with casinos, betting houses and slot rooms.

This is in stark contrast to Belarus’s neighbours. While legal in Poland and Lithuania, gambling is highly restricted in Russia, with just four special zones – two in the far east, one in the Krasnodar region and one in Kaliningrad (and one being planned in occupied Crimea) – created to allow gambling in a limited capacity.

Ukraine banned gambling in 2009 after a fire in a casino in Dnipropetrovsk killed 11 people, and only legalised it again last year. However, there are still no official casinos in Ukraine, and legal gambling is restricted so far to sports betting: even this has a minimum age of 22 to participate.

Then you have Belarus, which has had legal, unrestricted gambling since independence. During the early years of Alexander Lukashenko’s rule, proposals were put forward to restrict gambling to special zones, as came to pass in Russia.

However, the president, seeing the development of the industry as a potential boost to the country’s budget, rejected any restrictions.

Today, gambling is one of the main attractions for visitors to Belarus. Indeed, if you walk into one of Minsk’s casinos, you’ll hardly see a Belarusian among the gamblers.

In fact, the patrons seem to be predominantly from two countries: Russia and Turkey (especially Turkey – casinos have been banned there since 1998).

A blackjack dealer confirmed our analysis.

Then there are the Chinese: some casinos are oriented specifically to Chinese guests – a sign of the substantial economic and political ties between Minsk and Beijing.

For many, it is a strange phenomenon that a country ruled by a highly conservative president who has been in power in four different decades, and who has enacted some puritanical laws, would have such a laissez-faire attitude towards gambling. This is a country where the smallest amount of any illegal substance can land you eight years in prison. Cursing in public can land you a fairly hefty fine, depending on the mood of the police officer. Drinking in public is also illegal.

Furthermore, laws against “indecency” are also stringently enforced. A man who ran a studio in which he gave shibari lessons – teaching people how to tie others with ropes – was jailed for ten years for “immoral activities”.

However, gambling seems to be the one morally grey (in the eyes of the more conservative types) activity which is given free reign in Belarus. Some believe this is done so there is a “release valve” for peoples’ dissatisfaction with life under Lukashenko – this may be true, but as mentioned previously, you’ll hardly see a Belarusian inside one of Minsk’s casinos.

Instead, with relatively high betting minimums (particularly for locals – average salaries in the capital are about 500 US dollars a month) it seems more likely that this industry is allowed to flourish due to its potential to attract tourists. Some casinos, like Shangri La in Minsk even offer package deals to tourists – travel, accommodation and gambling credit.

As elsewhere in the world, free drinks are provided to patrons, enticing them to stay longer and spend more of their money. Unlike most bars in the country, smoking is still allowed. The card dealers vary from friendly and talkative to stone-faced and professional. Floor managers constantly hover around the tables, while suited bouncers maintain a quietly menacing presence in the corners. Several casinos work around the clock.

ATMs allow you to withdraw money both in Belarusian roubles and US dollars – possibly another sign of the industry being primarily oriented towards tourists. Visitors have to present their passports to enter any casino, and, at the reception, have to be photographed by a sleek camera resembling those seen at airport passport control offices. Officially, this is to counteract fraud.

So if Las Vegas is too kitsch for you, Monaco too high-end, Belarus might be a decent option. At the very least, it’s worth a punt.

Are there ancient pyramids in Bosnia? Probably not
The new documentary chronicling the gruesome murder of Georgiy Gongadze
Comment