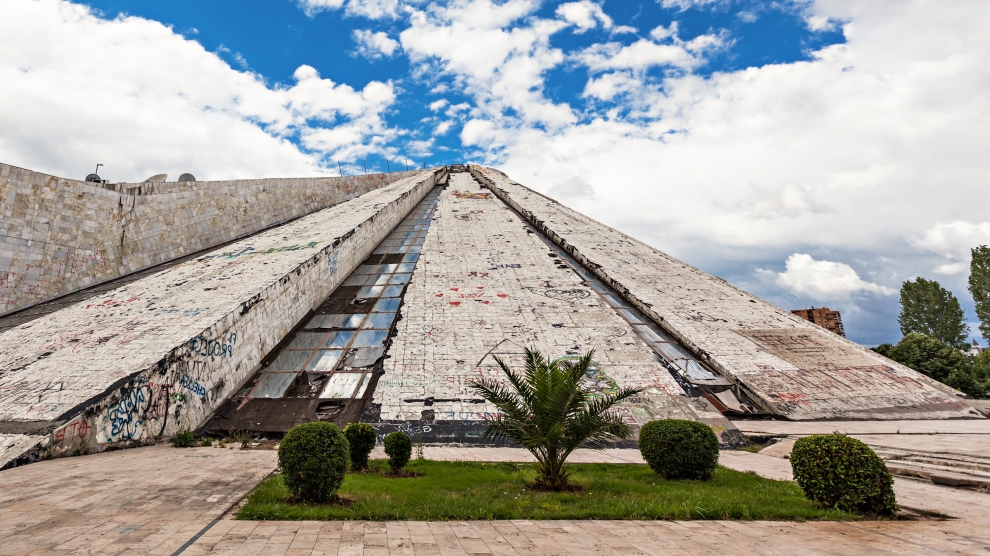 Few architectural styles are as contentious as brutalism.

There are people who will say that baroque Catholic churches have just too much going on, or that the Chrysler Building is kind of kitsch, but when it comes to the reviled and the scorned — nothing comes close to brutalism. And while brutalist buildings can be found everywhere in the world, they have come to be most closely associated with communist Eastern Europe where entire settlements, such as New Belgrade in Serbia, were built in accordance with brutalist aesthetics.

These drab concrete tenement blocks have become, at least for some, a symbol of everything that is wrong with socialism. And in many countries where such buildings are located, they have often been the targets of campaigns to tear them down.

And yet in recent years there has been a newfound appreciation for these concrete behemoths. In 2019, the Museum of Modern Art (MoMA) in New York held an exhibition titled Toward a Concrete Utopia celebrating the architecture found in the former Yugoslav countries.

And utopia is the right word, since these buildings draw on the legacy of Le Corbusier, the French architect who believed modernist utilitarian architecture was the pathway to a better future.

Think of this ambivalent and strange legacy as we present six of the most interesting brutalist buildings to be found in the emerging Europe region.

We start off with a building that holds the dubious honour of being declared one of the ugliest buildings in the world by the British daily newspaper The Daily Telegraph, but one which many architects have defended. There is definitely something very arresting about an inverted pyramid.

The project began in 1967 and was completed in 1983, at a time when the original fascination with brutalism had long gone.

Nevertheless, the radio station is still operation and has been sending out regular broadcasts since 1985.

Another from The Daily Telegraph’s list, the Kosovo National Library was designed by the Croatian architect Andrija Mutnjaković and completed in 1982.

The style of the building was controversial from the very start, in part because it attempted to represent a blend of Islamic and Byzantine architectural styles – a sort of a concrete bridge between the two major religions in Kosovo.

Some have also said that the domes (there are actually 99 of them in different sizes) look too similar to the traditional plisi – the national hat of Albania. This, unsurprisingly, caused a strong reaction in Serbia.

Another pyramid-shaped brutalist edifice can be found in Albania’s capital Tirana. This time, it’s the right way up.

It was opened to the public in 1988 as the Enver Hoxha Museum dedicated to the Albanian socialist leader who had died three years earlier.

In fact, the building was co-designed by his daughter – the architect Pranvera Hoxha. Once completed, it was actually the most expensive individual structure ever constructed in the nation.

After the fall of communism, the building was used as a conference centre, an exhibition venue, and, during the Kosovo War, as a base for NATO and humanitarian organisations.

Since 2001, part of the building has been used as a broadcasting centre for a TV station, Top Channel, while the rest is exposed to dilapidation and vandalism.

And just like many others of its kind, it too was a constant target of demolition plans. An opera house and a new parliament building were considered, but eventually rejected in 2017 as there was no popular support for tearing down the building. Instead, there are plans to refurbish it.

A sort of sister-building to the better known Western City Gate (better known as the Genex Tower), this experimental tenement block is every bit as strange and striking.

Its official name is Rudo, but everyone in Belgrade knows it as “those three buildings that look like stairs.”

Completed in 1976, it’s an integral part of the city’s skyline and one of the symbols of Yugoslavian communism.

However, it’s also a symbol of the urban neglect and crumbling infrastructure that has plagued all former socialist countries in emerging Europe.

The building is notorious for elevator and water problems (owing in part to the fact each building has 28 stories). Partial repairs have gone on since 2001 and were intensified in 2008.

That’s far from the worst of it, since in 2013 concrete chunks of up to 60 kilograms began falling from the facade. Tenants tried to collect money for repairs, but came up short. It was estimated that repairing the facade to modern standards would cost nearly four million euros. Tenants have only collected only one hundred thousand.

The headquarters of the Bank of Georgia tops many lists of the very best brutalist buildings, and is a perennial favourite of brutalism-lovers.

It’s easy to see why. The building is strange, even by brutalism’s standards – with parts of it looking like they’re suspended in air.

According to the architect George Chakhava, the idea was to cover less ground and to give the space below the building back to nature. This method of building has an appropriately futuristic name – the Space City method.

The inspiration for the building, again according to its architect, was a forest. The cores are like a trunk and the horizontal parts are the crown.

Those in architecture circles have a lot of praise for the building.

“Rising on an incline between two highways, the building’s heavy cantilevered forms reflect the Soviet-era penchant for heroic scale. Yet they also relate sensitively to their context, celebrating the natural landscape that flows directly underneath the building […] proof that Soviet architects weren’t working in an intellectual vacuum,” wrote New York Times architecture critic Nikolai Ouroussoff.

There’s something about a church constructed in brutalist style that just seems, well, a bit wrong.

Yet, here is the St Ladis Church, located in Hollóháza, a city known for its ceramics industry, near the Hungary-Slovakia border.

The church was built in 1967 as a replacement for the previous baroque building which was demolished in order for the porcelain factory to expand.

It was not to everyone’s liking, but there are those who praise the building’s austere look and find beauty in the white concrete.

The church has been likened to a tent in the middle of the forest, or an inverted keel of a ship.

Its architect is László Csaba, the most significant architect of religious buildings in post-World War II Hungary.

It’s peculiar shape continues inside, as the walls are crooked and completely unlike anything you would expect in a more standard church.