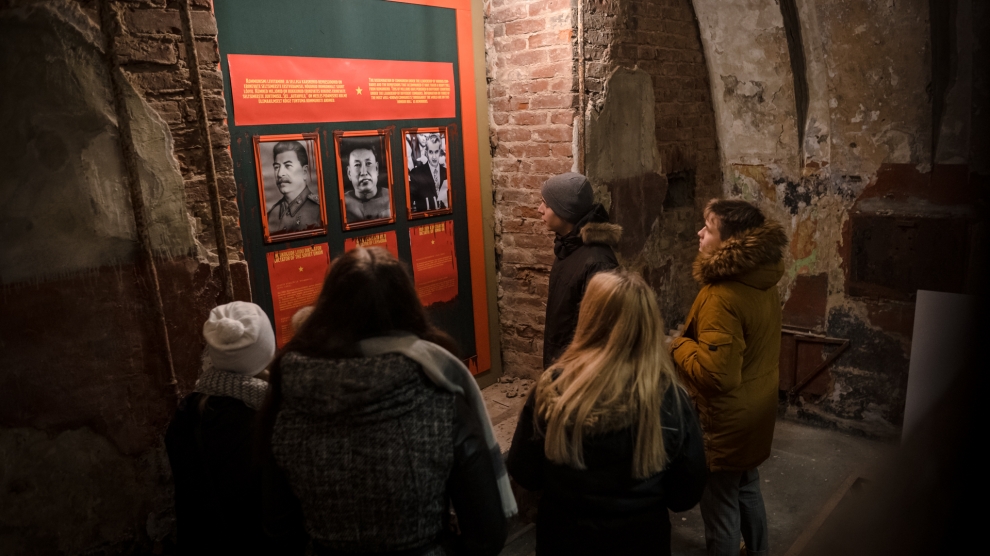 It is still not clear precisely how many people were killed by communist regimes around the world, but the combined range – based on estimates deriving from scholarly works, works of journalism, memoirs, and government-provided figures – spans from 42 to 162 million.

In a new effort to ensure that the abuses of communist governments are never forgotten, the Estonian Institute of Historical Memory has launched a full version of CommunistCrimes.org, a portal with the goal of deepening “the understanding of the history of communist regimes on an international level and to hinder the activities of Red Terror deniers.” First launched in 2011, the portal had until now been available only in a limited format. It is now an encyclopedia-style resource with facts about communist regimes and the crimes that were committed in its name all over the world.

“The understanding of 20th century history is one of the walls between Western and Eastern Europe and is logical because half of Europe had the communist experience and the other half didn’t,” Sergei Metlev, public and partner relations officer at the institute, tells Emerging Europe.

When Eastern Europe was liberated from Nazi occupation, one dictatorship replaced another – and stuck around for nearly half a century. Back then, a considerable amount of public space was filled with pervasive propaganda, which emphasised the major role of the “Red Army Liberators” in defeating Nazism.

“Since the Nazi regime was defeated and the world learned about the Holocaust, it has become the main point and focus of historical memory of the 20th century. While this is absolutely fair and logical, it is however only part of the picture. Communist states who were ‘on the side of the winners’ also committed crimes on a scale that is comparable, for example, with the Holocaust. We should honour the victims of both Nazi and communist regimes equally.”

The portal discusses communist crimes and the nature of communist regimes all over the world: it was a global, not merely European phenomenon. It also provides a voice to millions of victims and their loved ones, who still have to face those that downplay or negate what happened. Even though all individual countries have their own unique experiences, the communist idea is standard.

According to Dr Meelis Maripuu, a member of the Estonian Institute of Historical Memory’s board, the acknowledgement of the crimes of communist regimes is regrettably not self-evident in today’s world.

This may create a situation where violence and injustice are once again tolerated.

“Many people who have no personal experience of living under the conditions of a communist regime, still like to be crazed by slogans. Even those nations that have survived communist terror have not become fully aware of the devastating impact the era had on culture, economy, and on the human psyche. We see how Karl Marx, the father of this teaching, is honoured. New statues are erected for Marx and even for the mass murderers Lenin and Stalin,” Maripuu says.

Despite Estonia’s proximity to Russia and Moscow’s ongoing revisionist propaganda, Mr Metlev says the portal’s goal is not to combat the informational influence of a single country.

“Our goal is to fill the gaps in international awareness about communism, but it automatically and naturally acts like an alternative to Moscow’s propaganda,” he says. “Moscow fears that even just talking about the activities of Soviet governments before and after the war damages the authority and the integrity of the current Russian state. In fact, this feeling is only in the minds of people who associate themselves strongly with the values of the old regime that crashed 30 years ago.”

“I am more than convinced that a lot of Russian families know about family members who were shot or sent to the gulag, but this remains in the family memory, discussed only in private. There is a non-governmental organisation in Russia that has been researching Stalinist crimes for the last three decades and they are severely oppressed, very often on a personal level.”

Unlike 30 years ago, when only the Baltics and Poland spoke about the crimes of communism, there are now far more people interested in discussing the topic and learning more about it, and the institute has wider plans.

“We are building an International Museum for the Victims of Communism in the eastern wing of Patarei, an old fortress in Tallinn that served as a communist and Nazi prison in the 20th century,” Mr Metlev says. “The crimes of the Holocaust will also be presented at the future museum.”

The day my son became an illegal immigrant
Six of the best: Emerging Europe’s most brutal buildings
Comment