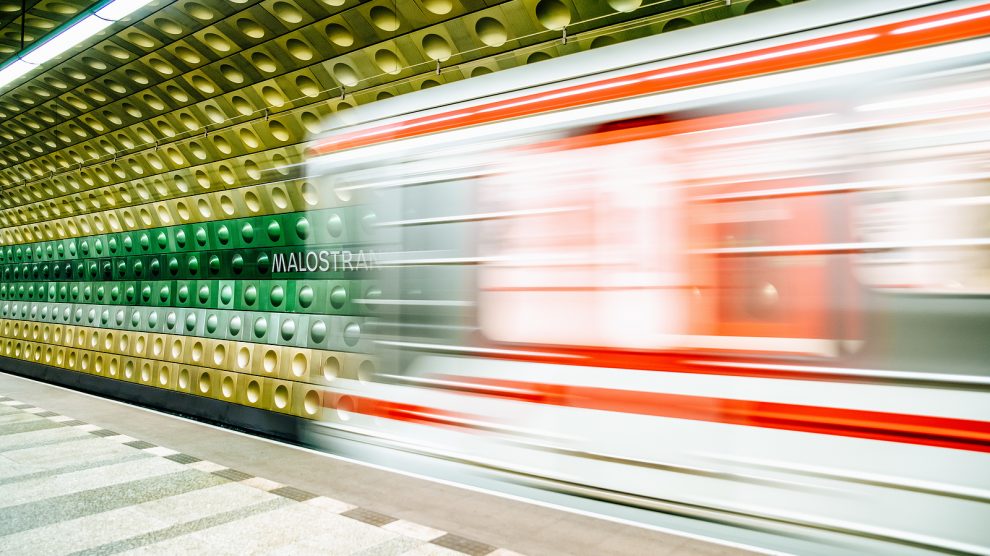 News last week that the Serbian capital Belgrade might be about to end its century-long wait for a metro line got us thinking about some of the many other underground railways that dot Central and Eastern Europe and Central Asia.

Some are spectacular, some are historic, others are merely bland – if vital – cogs in the public transport network.

So with that in mind we asked our resident expert on public transport to pick his six favourite metro systems in the region.

Here they are, in no particular order…

Whereas in most big cities around the world the metro is used by tourists as a way of visiting the attractions and sights on offer, in Budapest, the metro is one in its own right.

Budapest was only the second city in the world to open a metro, in 1896, and its yellow M1 line in particular is a must-visit for anyone travelling to the Hungarian capital, having been declared a UNESCO World Heritage Site in 2002.

It is known as ‘the small underground’ (a kisföldalatti) due to its unusually small trains, and was built to connect central Budapest with the new City Park, the main venue for Budapest’s Millennium celebrations in 1896 (which celebrated 1,000 years since the arrival of the Magyars in the region). The line runs directly beneath Andrássy ut, a prominent commercial artery, with stations near St. Stephen’s Basilica and the city’s fabulous opera. Also of note is the Budapest Underground Railway Museum at Deák Ferenc tér station, where one of the charming wooden trains from the 1890’s is preserved.

The line’s unique status is apparent when comparing it to Budapest’s other metro lines, whose stations are further apart and whose trains are longer. Of note to tourists are the M2 and M4, useful for cross-river travel and Gellert Hill, home to some of Budapest’s most prominent landmarks, including the Habsburg Citadella and the late-Gothic Matthias church.

Perhaps an unexpected entry on this list, Almaty is likely the most underrated metro system emerging Europe has to offer. Although it consists of only one, 10 kilometre line, anyone visiting the largest Kazakh city is recommended to travel by metro – it’s quicker than by car, and provides passengers with unique station designs.

Construction began in the 1980s, however progress stalled for decades, and the metro only opened in 2011. The structure of many stations, grandiose like many other metro systems in the former Soviet Union, was already half-completed when work recommenced. This resulted in many stations incorporating elements of both Soviet and modernist design, and no two stations are the same.

Almali station features a stained glass mural of an apple tree – ‘almali’ is the Kazakh word for apple, the fruit which the city of apples, Almaty, gets its name from. Baikonur, named after the Baikonur Cosmodrome from where the Soviet Union and now Russia launch their rockets, features abundant white tiles and blue arches that give the impression of being on a space station. Abay, named after Abay Qunanbaiuli, features a bronze relief of the Kazakh national poet himself, accompanied by verses of his poems.

Kyiv is unfairly snubbed by the masses when it comes to deep-level, cathedral-like metro stations in favour of its Russian counterpart in Moscow.

Kyiv’s metro inevitably took inspiration from Moscow’s metro architecture but was sure to include elements of traditional Ukrainian design; Zoloti Vorota station has a tall, tubular ceiling lined with chandeliers, Palats Ukraina features mosaic tiles on station pillars and Teatral’na has a mural to the nearby National Theatre, as well as dark brown granite tiles on the walls which are more evocative of an impressive hotel lobby than a metro station.

A trip on line M3 provides passengers with a trip through Ukraine’s recent history: construction on its central portion began in the late 1980s and opened in stages through the 1990s, by which time Ukraine was independent and in the midst of an economic crisis. These stations showcase traditional station architecture, but are watered down to reflect the context they were built in (although there are a few exceptions, including the aforementioned Zoloti Vorota).

As you travel along the M3 from the city centre, the more recent stations at the line’s extremities become better-lit and more modernist, while retaining key design features of its predecessor stations.

The Kyiv metro also gets a bonus point for being the only one of the metros listed here to provide a direct link to an airport.

Although predominantly built during the Cold War, Prague’s metro bears little resemblance to its neighbours. Stations are predominantly built in a modernist style and use a wide variety of colours, although there are inevitably a few communist-themed stations, such as Hradčanská, whose entrance hall still boasts the Czechoslovak coat of arms, and most notably Anděl, home to one of the best-preserved examples of communist art in the whole city; it is dominated by bronze reliefs depicting “the friendship between the Czech and Soviet peoples”.

Furthermore, most of the system’s trains are modernised Cold War-era rolling stock. As a result, out of all the metro systems listed here, Prague is undoubtedly the best at looking towards the future while acknowledging its past.

One great example is the etymology of the Můstek (little bridge) area of the city, which remained unclear until workers on the metro discovered a medieval era bridge buried beneath the surface, now incorporated into Můstek station’s architecture.

Finally, the Prague metro boasts the longest escalator in the European Union, at Náměstí Míru – 87 metres long – but it’s dwarfed by the next entry on the list…

Situated in the Mtkvari valley at the foot of the Caucasian mountains, the Georgian capital’s unique geography makes road building difficult, and necessitated a metro be built as soon as the city began expanding rapidly after World War II.

Indeed, so badly was the system needed that construction started in the 1950s when the city had a population of 750,000 people – far below the threshold of one million people the USSR considered the minimum to warrant the building of a metro.

Today, the Tbilisi metro is famous for its deep stations, the deepest of which, Rustaveli, is 120 metres beneath the ground; a trip on the escalator down to the platforms can take well over two minutes, and the view from the top is nearly enough to induce vertigo.

Though Tbilisi itself may be the least ‘Soviet’ capital of the former Caucasian republics, its metro bears distinct influences from other Soviet systems. Marble is used generously at platform level, as well as for the construction of its landmark station buildings at street level.

Visitors are most likely to use the red, Akhmeteli-Varketili line which passes through the old town, filled to the brim with restaurants and historic sights, as well as aerial cable cars which provide superb views of the city.

Until very recently, the Tashkent metro was relatively unheard of outside of Uzbekistan, largely due to the government’s strictly enforced no-photography policy. Without any means of seeing it, it was difficult to publicise.

The reasoning behind this bizarre censorship policy lies deep in Uzbekistan’s history. While it was still a Soviet republic in 1966, Tashkent was hit by a major earthquake which killed as many as 200 people, and left hundreds of thousands homeless. The earthquake destroyed most buildings in the city, which were subsequently replaced by brutalist Soviet architecture, constructed by workers brought in from all across the Soviet Union. Many decided to remain in Tashkent following completion of work, resulting in a change-up in demographics as well as the skyline.

Construction of the Tashkent metro began two years later, with the recent earthquake having a profound role in its design. The Tashkent metro was noticeably shallower than most other Soviet systems – comparable only to Minsk – and all its stations were required to be built from the sturdiest of materials to withstand magnitude nine earthquakes. Because these stations would double as earthquake shelters and nuclear bunkers, the entire system was considered a military installation, hence the ban on photography which was only lifted in 2018.

Since the ban was lifted however, Tashkent’s metro is slowly starting to receive attention, and the wider public can now understand why some Soviet engineers referred to it as “the most beautiful metro in the USSR”.

The majority of Tashkent’s stations were designed by local architects who were sure to include elements of traditional Uzbek design. At Pakhtakor station for example, as opposed to murals of the proletariat picking cotton, the designers opted for mosaic patterns showing the cotton flower itself. Also, much like its Kazakh counterpart in Almaty, Tashkent has a space-themed station at Kosmonavtlar, with blue ceramic medallions of famous Soviet cosmonauts.

Tashkent’s metro continues to expand at a healthy rate. A more recent example of superb station design is Alisher Navoi, named after the medieval Muslim poet. The station interior roof features symmetrical domes one might expect to find in a mosque, and the walls and columns use an interesting mix of tiles, in varying shades of white, grey and beige.

The Lithuanian love of thrift-fashion
Jozef Vengloš: The trailblazer who broke the mould in English football
Comment