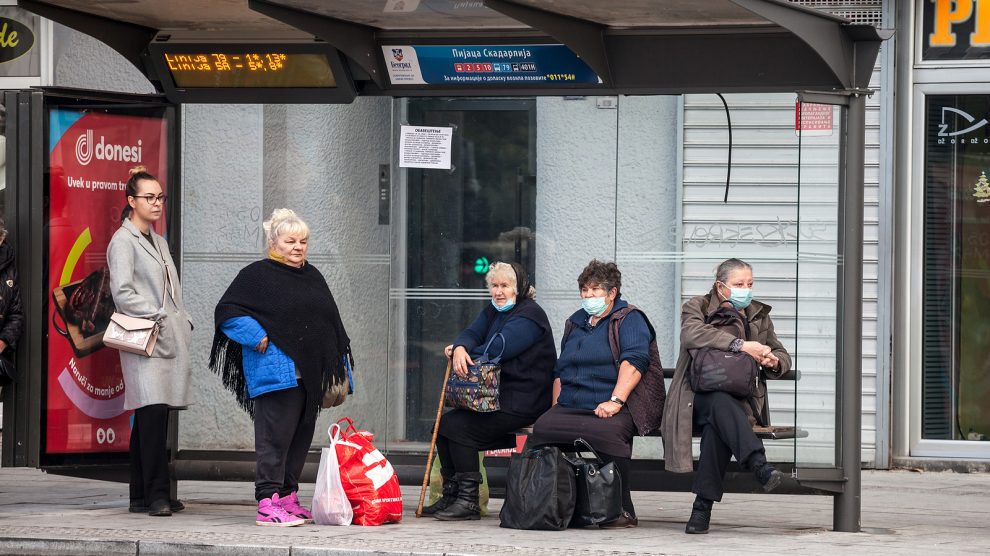 Is Belgrade’s wait for a metro system finally about to come to an end?

It’s now nearly a century since the idea of building a metro system in Serbia’s capital was first mooted. Home to more than 1.3 million people, the city is the largest in Europe without such a mass transit system.

For citizens of Serbia’s capital, a metro wouldn’t just be a nice thing to have: it is increasingly a necessity. For decades, the city has struggled with congestion as the number of both cars and overground public transport vehicles has increased. Belgrade currently relies almost exclusively on overground public transportation, a dense and complicated system of buses, trolleybuses, and trams.

This causes daily gridlock in the city, especially in the afternoons as commuters from New Belgrade, now filled with corporate headquarters and offices, make their way home to other municipalities. A journey of only a few kilometres – that would normally take 10 minutes – can regularly become a 40 minute ordeal during the rush hour.

There’s a very simple solution to this — an underground metro mass transit system that could connect the extreme poles of the city and drastically shorten travel times.

Yet the story of the Belgrade metro is a history of continuous failure. Many a city government has tried to get it off (or rather under) the ground, yet none have so far succeeded.

It was in 1923 that the idea was first put forward, but serious consideration of how a metro system should be built would wait until the late 1930s, when the first three lines was formally proposed.

Those plans, however, would be abandoned shortly after the outbreak of World War II.

After the war, priorities shifted to rebuilding the city, which suffered severe damage, and to constructing New Belgrade, a sprawling, brutalist, utopian project created to house tens of thousands of workers who were pouring into the capital from across Yugoslavia.

During this time, the city favoured cheaper alternatives to a metro, such as trams and trolleybuses, which along with standard buses still form the backbone of the city’s mass transit system today.

While the idea of building a metro would from time to time be revived, it never got past the planning stage.

The closest the city came to seeing construction of the metro begin was in the 1970s, under the mayor Branko Pešić. A new plan was drawn up and the city’s administration even created a dedicated subway department. In 1976, after a visit to Munich, which at the time had what was considered the most modern subway system in Europe, the most detailed plan yet for a Belgrade subway was put forward.

Ironically, if the plan had been implemented, construction of the final section of the 74-kilometre system would have been completed in 2021.

In the 1980s, the city introduced a special tax to finance the metro, after Croatia and Slovenia objected to the idea of the Soviet Union financing construction. The tax raised 200 million US dollars, but the subway was suddenly declared too expensive, and plans were scrapped by the city’s chief executive Radoje Stefanović.

Stefanović is on record as telling the team who had been working on the project for 12 years to: “dig a hole and bury the metro plans in it”. Instead, it was decided that the tram network would be extended.

Belgrade is not entirely without an underground railway, however. Two underground stations, one at the Vuk Karadžic monument (Vukov Spomenik) and one at Karađorđev Park, were built in the 1990s. These were integrated with the suburban railway system (today known as BG Voz), and are still operational.

However, many Belgraders remain unaware of these trains, which connect the municipality of Zemun with the Old Town.

It’s hard to blame them, as the stations are poorly signposted and their entrances look like any other ordinary underground passageway, the likes of which dot the city’s central area and allow pedestrians to cross streets without having to wait for any lights to turn green.

As the decades pass, the Belgrade metro has come to symbolise the unfulfilled promise of Belgrade itself, and an emblem of city government incompetence and lack of long-term planning.

A common joke about the metro in Belgrade pays homage to the famous Samuel Beckett play Waiting for Godot, as in Serbian the play’s title is Čekajući Godoa, which rhymes with čekajući metroa, — waiting for the metro.

Godot of course never arrived. But what about the Belgrade metro?

Like many city administrations before it, the current one has also come up with a plan.

The latest plan foresees the construction of two lines, one from Železnik in the southwest of the city to Mirijevo in the northeast. The other would also connect Mirijevo with Zemun.

Some of the plan’s details have proven controversial, such as the decision to begin and end the lines in areas that aren’t yet urbanised, along with the usual criticism that is par for the course with nearly every large-scale infrastructure project in Serbia: lack of transparency, lack of actual planning.

This time, however, the metro may happen. The French company Alstom has already been contracted to deliver equipment. Construction, if it ever begins, will take around five years to complete.

By the end of 2026, čekajući metroa may be a statement of fact, not a joke.

Can the Aral Sea ever recover? And is the Caspian Sea climate change’s next victim?
Might K-pop’s next big star come from Kazakhstan or Kyrgyzstan?
Comment