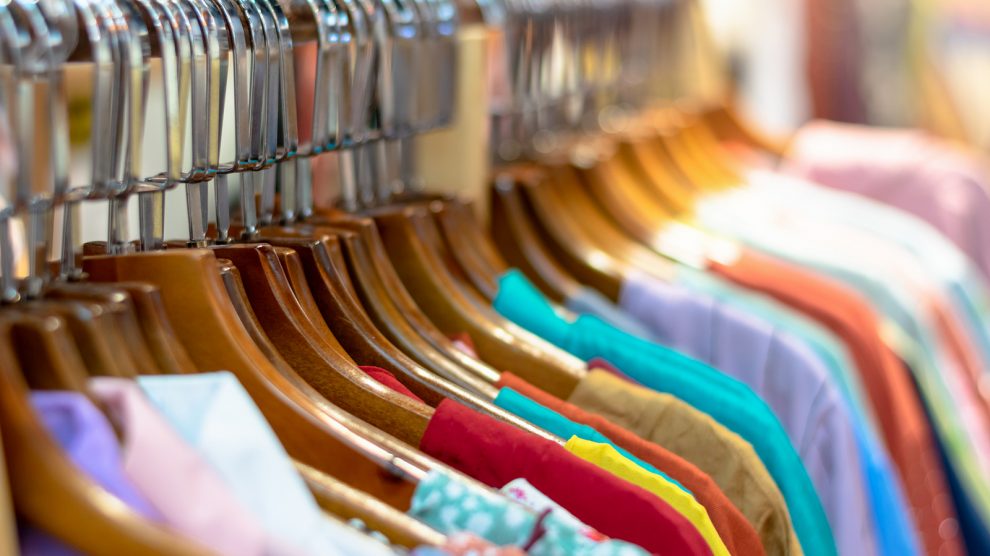 Lithuanians have learnt to love second-hand fashion. What can we do to encourage emerging Europe’s doubters that style doesn’t always have to be new?

Sustainability in the fashion industry has long been recognised as a key driver in the creation of a circular economy, reducing waste and addressing the issue of resource scarcity. Emerging Europe is no exception, and concern for the effect that shopping habits have on the environment has seen an explosion in the number of sustainable fashion brands hailing from the region.

And yet while such brands present a less environmentally harmful option when compared to fast fashion, another, much more accessible alternative is simply purchasing second-hand clothing and goods.

Here, one country in emerging Europe again leads the way, according to a new study by Save On Energy UK, which suggests that the Lithuania’s shoppers are amongst the keenest in Europe to get their hands on thrift store goods.

“The rising popularity of online resale platforms such as Depop, StockX, and Vinted, points to one of the biggest trends of 2020 being vintage fashion and thrifting. With such trends continuing to follow us into 2021, we were interested to discover which European cities are home to the thriftiest shoppers,” Save On Energy’s Amelie Gregory tells Emerging Europe.

“We were surprised to find that the city placing second is the Lithuanian capital Vilnius, which also scored highest for available [second-hand] clothing and shoes online.”

For those of us who have been following the region for some time, the Lithuanian love of thrift-fashion is not so surprising. Not only is Lithuania one of the first countries in emerging Europe to establish a number of its very own sustainable fashion brands, but it is also the home of Vinted – one of the trending second-hand clothing websites and apps that inspired the Save On Energy study.

Vinted is in fact one of Lithuania’s most successful start-ups, and has now grown to be one of the most recognisable and trusted apps for second-hand shopping, available in 12 European countries and the United States.

For Raminta Strumilaitė, content creator for Visit Kaunas, the official tourism website of Lithuania’s second largest city and thrift-shop fashion enthusiast, the Lithuanian fascination with second-hand shopping is not difficult to explain.

“It all comes down to accessibility,” Strumilaitė tells Emerging Europe. “We have large thrift store chains, as well as independent small thrift stores and flea markets all across the country. Some Lithuanian thrifters are simply looking for high-quality designer pieces at a lower price. Meanwhile, the young generation, which is more exposed to international media, is also more aware of the consequences of fast fashion. They are not only thinking not about their looks, but they also understand the importance of being conscious of their consumption.”

According to the Save on Energy study looking at the European cities with the thriftiest shoppers, Vilnius is not the only city in emerging Europe where people value second-hand fashion. Ljubljana, the Slovenian capital, ranks fourth, and Tallinn in Estonia eighth, just ahead of Helsinki.

Anirudh Ramesh, a writer for Study in Estonia, says that choosing thrift shopping over fast fashion is an important aspect of feeling like a local in Tallinn.

“I believe that the feeling of being responsible for protecting the environment is visible in Estonians today more than ever before,” he tells Emerging Europe. “Amongst the rules I try to follow is to make sure I am carrying my own cloth bags when I’m out shopping. People here generally try to minimise their carbon footprint as much as possible. Thrift-shopping or second-hand clothes shopping is seen as a way to achieve that.”

Unfortunately, however, a number of emerging European countries come at the other end of the spectrum.

Minsk in Belarus is ranked as the second least concerned with second-hand clothing (after Moscow), followed by Kyiv in Ukraine, Belgrade in Serbia and Podgorica in Montenegro.

This sharp difference between some countries of the region could be attributed to the fact that the ranking does not just measure the number of second-hand shops and markets in a city, but also societal views on buying and selling second-hand items by looking at factors such as the number of Google searches, and the number of items for sale on selected online platforms.

This could explain why countries outside of the European Union and those with comparably lower incomes have been shown to be less likely to engage with thrift fashion.

The fear of being thought ‘poor’

Kalina Ivanova, a fashion design and management student at the Technical University of Sofia in Bulgaria, points to a possible link between people’s self-consciousness when it comes to income and their habits when it comes to shopping for clothes.

“I am not surprised that Sofia was ranked somewhere in the middle,” she tells Emerging Europe. “It is true that in recent years zero waste online influencers have made second-hand shopping trendier amongst people interested in eco-living, but the reality is that this is a very small percentage of the population. Most young Bulgarians fear others thinking that they are poor, so many would rather buy a low-quality product that is new than risk people assuming they are shopping second-hand out of necessity.”

This sentiment could be true to other parts of emerging Europe. As Raminta Strumilaitė says, “About a decade ago [in Lithuania], shopping second-hand used to be associated with having less money and being poor, because you couldn’t afford new clothing from malls. This has completely changed now, as the most stylish people are the ones that find their unique pieces while shopping second-hand, and it is highly encouraged.”

If the rest of emerging Europe is willing to follow Lithuania’s example of embracing a circular economy, second-hand shopping might become more common.

What’s certain is that shopping habits will need to change. Clothing is no different to anything else in our lives: it needs to be sustainable, and the detrimental effects of always buying new must not be underestimated. Second-hand fashion – an affordable and increasingly widespread alternative to fast-fashion – has a role to play.

Alas, while the Baltic states are continental leaders in this regard, the least economically well-off nations in the region still seem reluctant to give up the relatively inexpensive treat of purchasing a new item of clothing.

Now there’s an opportunity for entrepreneurs.

Dmitri Arhip: The best-known Moldovan in Wales
Pollution in the Western Balkans is threatening the region’s water supply
Comment