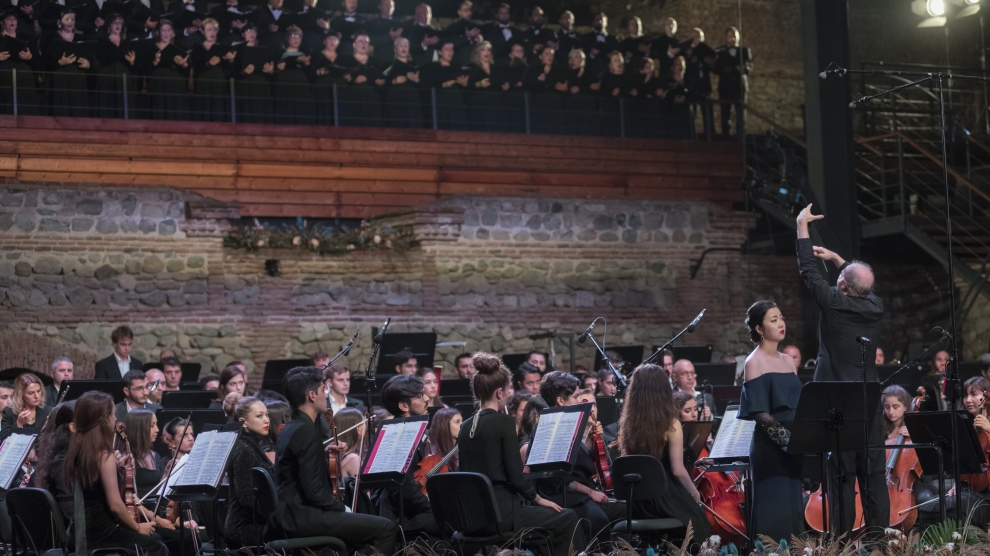 If the roaring success of the opening night on September 8 is anything to go by, then the Tsinandali Festival of Classical Music can already be acclaimed as an absolute triumph.

The inaugural event of what promises to become one of the region’s premier classical music festivals celebrates some of the worlds most talented classical musicians against the stunning historical backdrop of the Tsinandali Estate in the Khaketi region of Georgia.

The 15-day festival aims to promote the diverse musical talent of a region which lies at the intersection between Europe and Asia. The festival has been made possible by sponsorship from both the Georgian government and the Silk Road Group, as well as the involvement of internationally acclaimed performers and huge public support.

The first night of the festival set a high standard, with the Pan-Caucasian Youth Orchestra performing in the Tsinandali Estate’s newly renovated amphitheatre. They were received by a packed audience which included the president of Georgia, Salome Zurabashvili, as well as leading classical musicians.

“The Tsinandali Festival is a remarkable achievement and having seen first-hand the work that has gone it to make it a reality, I know the founders and organisers will be feeling immense pride at tonight’s opening. I urge anyone with an interest in classical music, beautiful architecture and great wine to make their way over to the Tsinandali Estate and experience this fantastic place for themselves,” said Daniel Kunin, a Georgia expert. 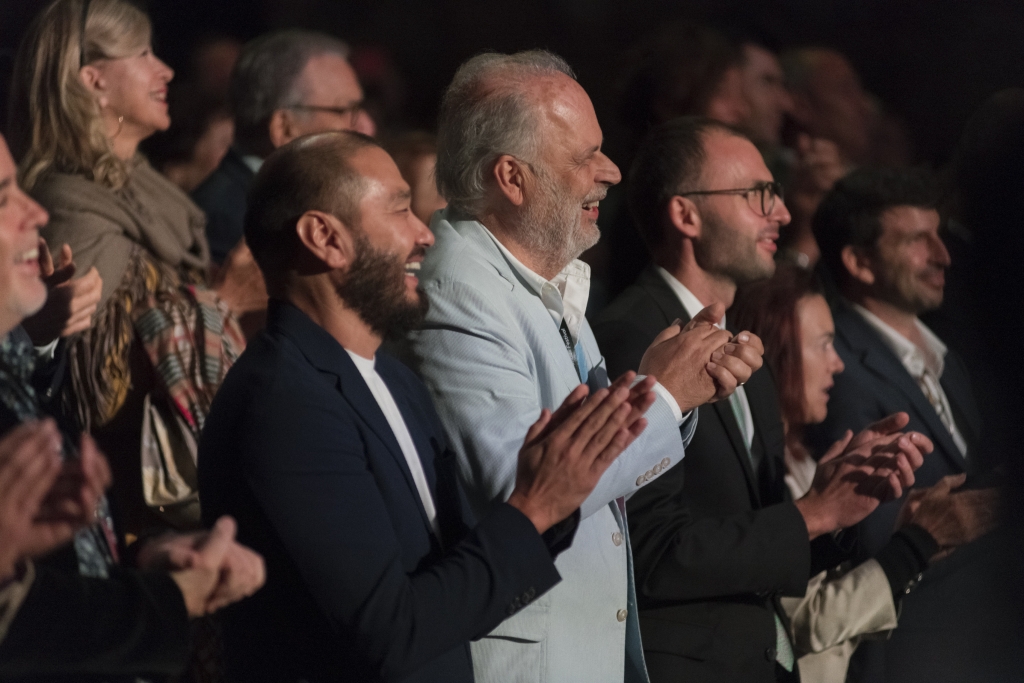 The festival aims to bring together the best talent from the region, including those from Georgia, Azerbaijan, Armenia and Kazakhstan. It wants to draw global attention to the talent of the area, providing new opportunities and bridging the cultural divide through music’s uniting force.

“I am particularly inspired by the creation of the Pan-Caucasian Youth Orchestra. This really convinced me that the Tsinandali Festival will be something special, as through music we can try to develop a new society based on friendship and respect, despite any differences in politics or religion,” said Gianandrea Noseda, the musical director of the festival.

Over the next 15 days, the festival will feature daily concerts by nearly 30 acts across four venues. These includes the Israel Philharmonic Orchestra and the Verbier Festival Chamber Orchestra.

Not only is the festival important for the region, but the setting itself carries great significance. The estate was initially founded by Prince Alexander Chavchavadze, often referred to as ‘the Father of Georgian Romanticism’ and was the first place to bottle Georgian wine, with the architecture of the estate being one of the first examples of a blended European and Georgian design.

The estate fell into disrepair during the Soviet era, before new life was brought to the historic site when it was renovated in a joint project by the Silk Road Group and the Smithsonian Institute.

Both the estate and the festival are now symbols for rejuvenation and reflect the region’s artistic and historical significance.

“Georgia has for millennia hosted travellers along the Silk Road with our food and drink having been justly celebrated, not least for the invention of wine and viticulture 8,000 years ago. That tradition lives on with the Tsinandali Festival,” added George Ramishvili, chairman of the Silk Road Group and one of the festival’s founders.

Another of the festival’s founders, Yerkin Tatishev, chairman of Kusto Group, added: “The Tsinandali Festival is the result of many years of hard work and restoration, for which I would like to thank all those involved. As one of the founders, to see our vision become a reality is very exciting and I have no doubt that the festival will grow from strength to strength in the coming years, establishing itself as a ‘must attend’ on the classical music calendar.”