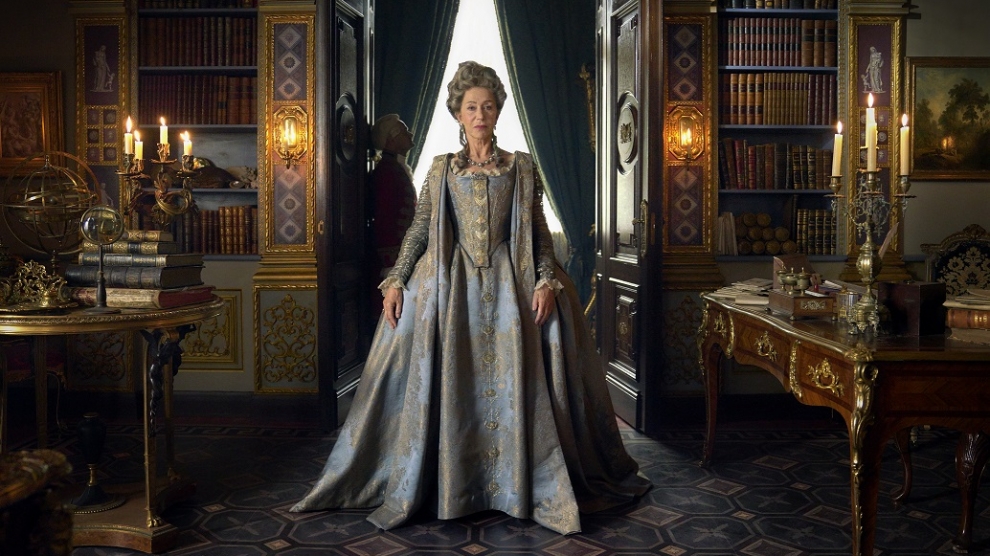 When Helen Mirren walks into her home as Catherine the Great in the new HBO mini series named after the famous Russian Empress, she’s not in the actual rooms of the famed Tsarskoye Selo palace just south of Saint Petersburg. She’s actually in the historical Vilnius University Library.

This is just one of many secrets shared in a new guide to the Lithuanian capital entitled Vilnius On Screen. It’s a perfect read for those interested in what goes on behind the scenes of the latest productions by the likes of HBO, Netflix, National Geographic, Sky and many others. The guide invites readers to take a deep dive into renowned film and television titles including War and Peace, Jack the Ripper, the Conductor, and shows them how Vilnius provided the setting they needed to bring their stories to life.

“Film aficionados travel great lengths to see the locations of their favourite films,” says Inga Romanovskiene, the director of Go Vilnius, the city’s development agency. “Vilnius has been a screen favourite for a while now and has served as the backdrop for numerous award-winning films and television series. Vilnius On Screen is a way to show movie fans and industry professionals alike that Lithuania’s capital is a place where silver screen magic happens.”

A spectacular Old Town, a diverse collection of unique suburbs, and tons of natural diversity make Vilnius a perfect place to film both period dramas and contemporary movies. In addition, the city looks completely different in each season, so filmmakers have the privilege of choosing from an extensive array of possible backdrops. Whether portraying Russia, the Vatican, Tokyo, or Chernobyl, each of these and many more settings can and have been brought to life in Vilnius and then broadcast to audiences around the world.

Vilnius On Screen puts a spotlight on recent films shot in Vilnius, presents insider facts about the production and cast of those films, and reveals how different locations in Vilnius were transformed to depict other places, countries and eras on screen.

The guide, produced by Go Vilnius in collaboration with the Vilnius Film Office, is available online in English here.

Sibiu city guide: 48 hours in the heart of Transylvania
Postcard from Bucharest
Comment