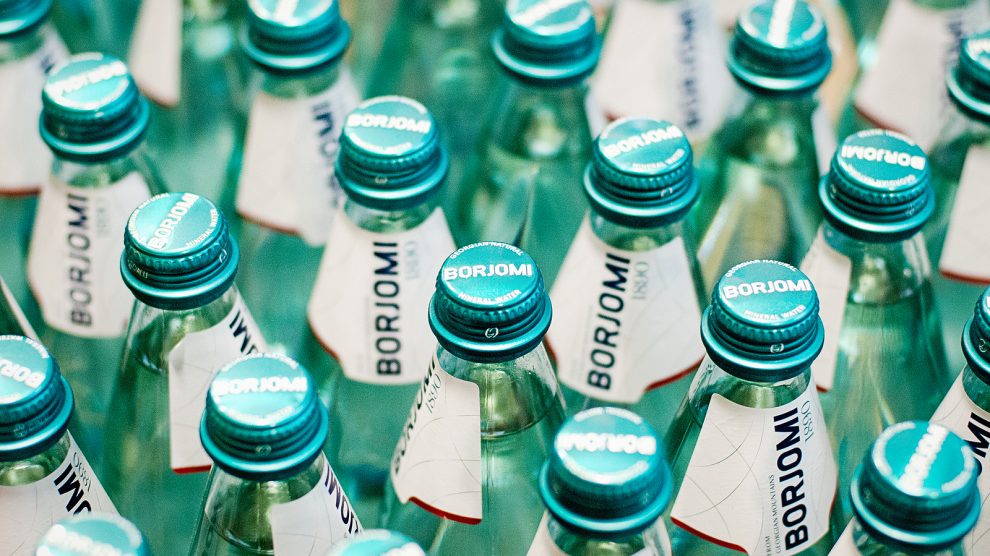 Known across much of the world as a cure for hangovers and stomach illnesses, Georgia’s famous Borjomi mineral water has become a collateral victim of Russia’s war on Ukraine.

It’s one of Georgia’s most iconic brands, a veritable national treasure, but the future of Borjomi, a mineral water whose devotees have for decades sworn that it can cure all sorts of ills, is uncertain.

On April 29, IDS Borjomi, the company which bottles the uniquely salty mineral water, said in a statement that it had been forced to “temporarily suspend” operations, citing what it called “ongoing hostilities” in Ukraine.

The firm employs around 400 people in Georgia, mostly in the small resort town of Borjomi in the centre of the country, for which the suspension of operations will be a huge blow.

“We would like to inform you that IDS Borjomi Georgia has been in a difficult situation since the beginning of hostilities in Ukraine. The difficult situation created in the main markets for the sale of the company’s products has been compounded by limited access to bank accounts, which has not allowed the company to receive foreign exchange earnings or settle with creditors,” the statement read, concluding: “we hope that the situation will improve in the near future and we will have the opportunity to resume functioning.”

Borjomi, first discovered and bottled in the 1820s, is sold in around 40 countries across the world, but its largest market is by far the Russian Federation, where almost 60 million US dollars worth of the fizzy water were sold in 2019, far more than was sold in Georgia itself (37.5 million US dollars).

The company also owns plants in the Ukrainian cities of Mirgorod and Morshin, which bottle the Morshink brand of mineral water.

Borjomi is owned by Russia’s Alfa Group, which purchased a 60 per cent stake in the firm in 2013 for a reported fee of 300 million US dollars. Shortly afterwards, Russia lifted a seven-year ban on the import of Borjomi, which it has declared “unsafe” in 2006.

Alfa – whose assets include a large private bank, and Russia’s biggest food retailer, X5, is controlled by Russian billionaire banker Michael Fridman. Both Alfa and Fridman are currently sanctioned by the EU and the United States. In March, Fridman called the sanctions “groundless and unfair”, and said that the war in Ukraine was a “tragedy” and that should stop.

According to Mamuka Khazaradze, the leader of Georgia’s opposition Lelo party and himself a banker, the Georgian state should now buy Alfa’s shares in Borjomi and then sell them to Georgian citizens through the Tbilisi Stock Exchange.

“The Borjomi brand, its future, exports, thousands of jobs, and budget revenues are at stake,” says Khazaradze.

“Only with such steps it is possible to overcome the crisis and at the same time bring a great stimulus to the formation of the [Georgian] capital market.”