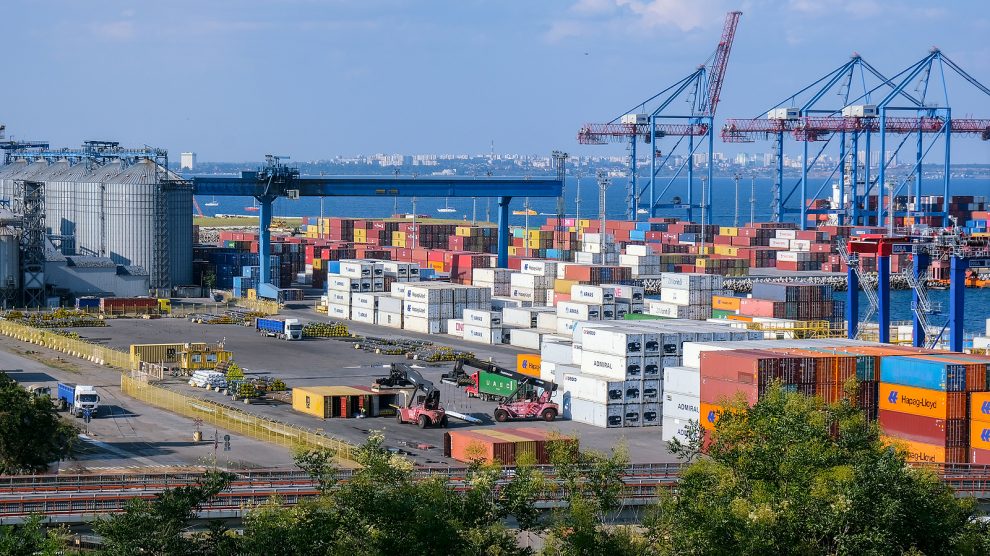 Ukraine can now ship key exports to its biggest markets tariff free, but the Russian blockade of its seaports will limit trade volumes.

The European Commission has proposed suspending – for one year – import duties on all Ukrainian exports to the European Union.

The proposal would also see the suspension for one year of all EU anti-dumping and safeguard measures in place on Ukrainian steel exports.

The move is designed to help boost Ukraine’s exports to the EU, helping to alleviate the difficult situation of Ukrainian producers and exporters in the face of Russia’s invasion.

It comes just days after a similar move from the UK, which on April 25 cut tariffs on all goods from Ukraine to zero under the UK-Ukraine free trade agreement.

Both announcements follow a direct request from President Volodymyr Zelensky’s government to liberalise tariffs and support the Ukrainian economy.

Removing tariffs on key Ukrainian exports including barley, honey, tinned tomatoes and poultry will help Ukrainian businesses and producers when they need it most.

“The UK will continue to do everything in its power to support Ukraine’s fight against Putin’s brutal and unprovoked invasion and help ensure the long-term security and prosperity of Ukraine and its people,” said UK Trade Secretary Anne-Marie Trevelyan.

For the EU, President of the European Commission Ursula von der Leyen said: “Russia’s unprovoked and unjustified aggression is severely affecting the Ukrainian economy. I have been in discussions with President Zelensky on ways of supporting the economy, beyond the macro-financial assistance and grants we are providing. We both agree on the critical importance of a quick and broad import duty suspension to boost Ukraine’s economy. The step we are taking today responds to this call. It will greatly facilitate the export of Ukrainian industrial and agricultural goods to the EU.”

As well as leading to tragic loss of life and mass displacement of innocent civilians of Ukraine, the Russian military aggression is having a devastating impact on Ukraine’s economy and its ability to trade with the rest of the world due to the severe impact on its production capacity and vital export routes.

According to the Vienna Institute for International Economic Studies (wiiw), which published its spring forecast on April 26, Ukraine’s economy is set to “collapse” by 38-45 per cent in 2022.

The EU says that it is also already taking measures on the ground to facilitate overland goods transport to help to get Ukrainian products out into the world.

For example, the Commission has already started liberalising the conditions for Ukrainian truck drivers transporting goods between Ukraine and the EU, as well as facilitating transit and the use of EU infrastructure to channel Ukrainian exports towards third countries. These measures are expected to add much-needed flexibility and certainty for Ukrainian producers.

In 2021, the value of bilateral EU-Ukraine trade reached its highest level ever, at 52 billion euros, double the 2016 amount, the year the EU and Ukraine agreed a free trade deal.

The UK meanwhile imported 830 million UK pounds worth of goods from Ukraine in 2021, with exports totalling 670 million UK pounds. The UK and Ukraine agreed a free trade deal in October 2020, following the UK’s departure from the EU.

Despite tariff free access to EU and UK markets, Ukraine faces serious logistical issues given the Russian blockade of its seaports. Before the Russian invasion, Ukraine shipped more than 70 per cent of its exports by sea.

Kyiv has begun to move some of its key exports through the Romanian port of Constanţa, mainly agricultural produce, but congestion at the port, as well as the incompatibility of Ukrainian and Romanian railway gauges, has limited the amount of goods moving through Constanţa.

Last week, Romania’s government announced plans to rehabilitate a broad (Ukrainian) gauge railway line running from Ukraine through the Republic of Moldova into another of the country’s ports, Galați, “quickly” but did not specify a timeframe.

In Bucharest last week for talks with the Romanian government, Ukrainian Foreign Minister Dmitro Kuleba expressed hope that the Danube could also become a key conduit for Ukrainian goods heading for Western Europe.