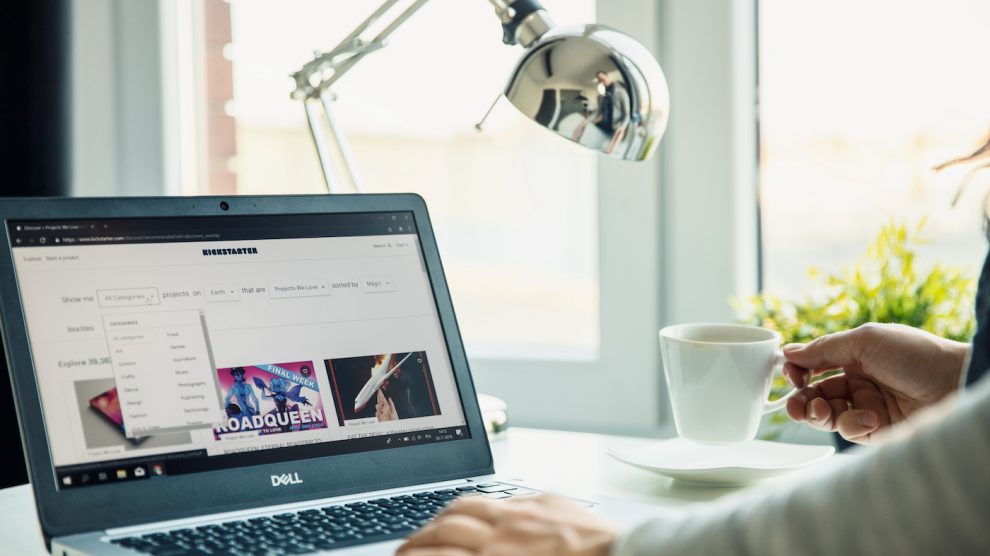 Across emerging Europe, despite constantly growing, this alternative method of funding a project or venture by raising small amounts of money from a large number of people is still far from reaching its full potential.

In Slovenia, the FlyKly smart wheel for bikes got a whole 700,000 US dollars (594,821 euros) on Kickstarter in 2016 — a banner year for crowdfunding in the country when its projects gathered a total of one million euros.

When it comes to types of crowdfunding in the region, just like worldwide, two forms are dominant — the donation-based (on platforms such as Kickstarter where individuals give money to receive various rewards) and equity-based (where the “reward” is equity).

An emerging player in the equity-based crowdfunding space is the Romanian start-up SeedBlink. Founded in 2019, the company has already seen a lot of interest from retail investors who wish to invest in start-ups but lack the kind of money that large VC funds have.

“The tech start-up investments field is particularly appealing to the ‘retail’ investors, those willing to invest smaller amounts when compared with the minimum hundreds of thousands required by a venture capital investment fund or tens of thousands that qualify you as a business angel,” says Andrei Dudoiu, co-founder and managing partner at SeedBlink.

A proof of this appeal can be found in the company’s statistics thus far. Within the 19 months of operations, SeedBlink has seen more than 6,000 investors from fifteen countries that have participated in 47 campaigns.

In May, SeedBlink concluded its 3 million euros Series A round. Catalyst Romania led the round with 1.2 million euros, but an impressive 1.1 million euros of the round’s amount came from SeedBlink’s crowdfunding campaign on their own platform.

In Estonia, a Tallinn-based fintech and crowdfunding start-up EvoEstate offers a chance to invest in real estate projects with as low as 50 euros.

“The general benefits of real-estate crowdfunding is that you can invest in real estate with very small amounts, and it’s very simple,” explains Gustas Germanavičius, EvoEstate’s CEO.

Whether it’s rewards-based or equity-based, crowdfunding holds a lot of promise for those looking to finance their projects and visions.

According to Dudoiu, when it comes to start-ups, crowdfunding can offer more than just capital.

“It introduces companies to a wide audience and allows for market validation and generates sales,” he tells Emerging Europe.

“Some key benefits would be access to capital and investors, minimisation of risk, building a network of advocates that become the start-up ambassadors for the future, acting as a marketing tool, offering valuable feedback and efficiency and the induction to the founders and their teams a corporate governance behaviour and communication from an early stage of the company, making them better prepared for their future growth journey.”

But as with any new financing method, the regulatory landscape has been a challenge — both for the platforms themselves and the companies using them.

“The lack of a specific legislation has been an important barrier; it also demotivated other players to tackle this universe,” Dudoiu says.

For those emerging Europe countries that are EU members, the regulatory landscape is set to improve as soon as November this year, when the European Crowdfunding Regulation takes effect. It is expected to create a uniform framework in European countries and protect investors, among other things.

According to Germanavičius, the Baltic states are in a good position to take advantage of the coming regulatory shift.

“Emerging Europe countries, especially the Baltic states, have already established sort of a hub for crowdfunding market real-estate. We have two of the largest real-estate crowdfunding platforms here, we have a booming P2P (peer-to-peer) lending industry here, and what I see coming in the next few years with EU-wide regulations, these companies will naturally go international much easier,” he explains to Emerging Europe.

For the countries outside of the EU, for example, in the Western Balkans, the growth and future of crowdfunding are a bit less certain. Early successes in places like Serbia are now offset because the two largest crowdfunding platforms — Kickstarter and IndieGoGo — are no longer officially doing business in any Western Balkan countries because the payment systems the platforms use do not operate in the region.

“On the one side, our market is too small, so there is no interest to start serving it, and on the other, there are burdens related to foreign currency business, fears of potential money laundering,” explains Luka Božović of Crowdfunding.rs.

Still, campaigns from Serbia do get onto the platforms, either by registering their company abroad or using the services of an intermediary.

“Serbia is lagging behind Europe when it comes to the availability of this type of financing, but not in the quality of projects that have gathered funds this way,” Božović says.

He adds that while the current legal framework allows for rewards-based crowdfunding, it is too complicated and vague while actors such as banks and other institutions are not well-versed in the field. In addition, equity-based crowdfunding is not possible under the current laws, but crowd investing where the backers receive interest on the money they lend is possible.

In Serbia, crowdfunding is also present in the non-profit sector, mostly through the donacije.rs platform, where individuals may donate money to various charitable causes.

All of this could change soon, as the National Bank of Serbia has formed a work group to produce a model of a law on crowdfunding that would be in line with the EU regulations.

In emerging Europe, there is clearly a lot of interest in the various types of crowdfunding and the benefits they can bring to businesses and start-ups. Promising platforms are popping up across the region, while more and more start-ups are choosing to use them, but there is a lot more room to grow before this alternative financing model truly takes off.

But, Germanavičius is optimistic about what the future holds for crowdfunding in the region.

“We are seeing some really interesting models coming up where the crowdfunding model is being applied for investments, for instance, artworks and renewable energy. Recently there are already new companies; one Lithuanian company is applying crowdfunding financing for heavy machinery. In the coming years, we’ll see more of them, especially in the Baltic states where regulation and crowdfunding business are being very progressive.”