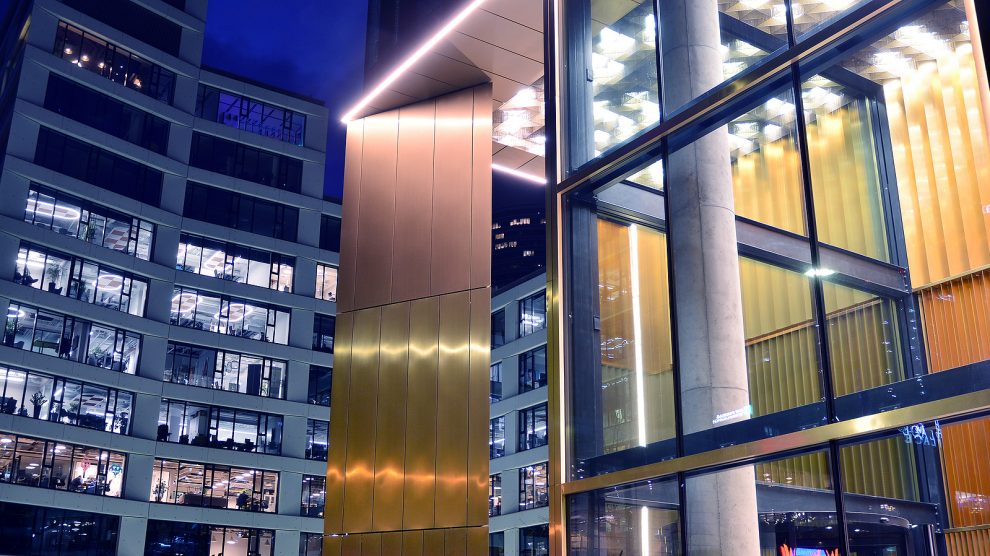 Poland’s dominance of the region’s ICT sector shows no signs of abating.

The largest value added created by the ICT sector in emerging Europe is in Poland – at over 20 billion euros in 2019, far ahead of Romania (12.3 billion euros) and Czechia (11.9 billion euros), second and third in the region, respectively.

A report published earlier this year by Emerging Europe, The Future of IT in Emerging Europe, suggests that while the gap will narrow in the coming years, it is estimated that Poland will continue to dominate.

Poland also leads the region in terms of ICT services exported from emerging Europe in 2019, at 7.69 billion euros. Romania and Czechia again take second and third positions, with 5.59 billion euros and 4.1 billion euros.

The largest average annual increase in the amount of ICT services exported during 2015-19 was in Lithuania, at 31 per cent, followed by Georgia (28 per cent) and Poland (27 per cent).

It’s not all bad news for the countries at the bottom of the table, however. While Georgia exported just 55.9 million euros worth of computer services in 2019, this represented an increase of 1,270 per cent on 2015.

The value of computer services exports from Azerbaijan meanwhile was up 95 per cent in 2019 compared to 2018, and in Kosovo 58 per cent.

“During the pandemic, the world has become more reliant on both software and hardware ICT products,” Jarosław Granat, head of client engagement at Future Processing in Poland, tells Emerging Europe.

“Thanks to that, many more companies perceive IT investments as a means to accelerate implementation of their strategy as well as to gain an advantage over market competition. It has been common for often shelved e-commerce projects to be revived and given additional impetus. What’s more, the growth of cloud-based solutions and digital transformation in both private and public sectors have become crucial factors driving the ICT market, too,” Granat adds.

“The Covid-19 pandemic, as strange as it may sound, also contributed to the development of the ICT industry,” adds Irina Kiptikova, corporate communications director at the IBA Group. “The work-from-home model required further infrastructure modifications and facilitated the spread of new IT and communication technologies among businesses and individuals.”

“Another thing we have been observing is a diminishing availability of IT specialists. This leads to the rapidly increasing costs of recruitment, companies becoming open to the hybrid, remotely based, and home office work models. The scarcity of skilled IT specialists is also the reason for the still increasing salaries in the industry where, comparing with other economy sectors, they are already high,” Granat says.

“A new governmental plan for socioeconomic reforms is being announced: the Polish New Order. We already know the main postulates and we can safely assume that our IT specialists will be affected by increased tax rates, bearing in mind their high salaries. The question is: how will companies and employers react, when the job market right now belongs to employees?”, Granat adds.

“What we anticipate in terms of salaries in Poland is that they will become comparable to those in the Western Europe.

“Taking the technical side into account, there will definitely be an augmented demand for automation (RPA), machine learning, AI, and data analysis. Moreover, systems and information security will become more significant for the companies to maintain,” he adds.

“Belarus has a reputation for being of one of the most dynamically developed ICT countries in Europe,” says Irina Kiptikova.

Revenue of the country’s IT industry in 2019 increased by more than 40 per cent compared to 2018 and amounted to 2.3 billion US dollars.

“The focus on exports is the hallmark of the Belarusian IT industry. Exports of computer services per capita in Belarus is significantly higher than in the largest economies of the world. In 2018, the export of computer services from Belarus amounted to 130,000 US dollars per 1,000 people. The primary destinations are the US, Germany, and other European countries,” Kiptikova says.

“Another driver is a well-developed infrastructure, including transport, telecommunications, office premises, and utilities. According to the latest report published by the International Telecommunication Union in 2018, Belarus was ranked 32nd in the ICT Development Index.”

Recent events, however, have dealt the country’s ICT industry a blow.

“The 2020 [presidential] election campaign and the associated developments had a negative impact on the ICT sector of Belarus,” says Kiptikova. “The industry had experienced privileges over a long period, but these events eroded the confidence and sense of security of the industry’s players. In addition, new clients became cautious about outsourcing to Belarus-based companies in the fear of political instability.

“IT companies addressed the problem by setting up development centres in the neighbouring countries, primarily Poland and Lithuania. For example, IBA Group expanded its office in Bulgaria and opened a development centre in Poland to be able to offer relocation options to its employees,” Kiptikova says.

“A sharp increase in the tax burden and threats associated with government regulation of business activities are also major impediments to growth.

“Finally yet importantly, the overheated labour market is a major concern for IT companies in Belarus. With the growing global demand for IT resources and high mobility of young developers, Belarus-based IT service providers face challenges in attracting new talent and retaining the best people,” Kiptikova says.

“Robotic Process Automation, cloud, predictive analytics, and Internet of Things are among the technologies that will gain momentum,” Kiptikova says.

Georgia on minds too

“The ICT industry is driven by human capital as a key component for the production of knowledge or ideas,” Georgian government spokesperson, Annie Vashakmadze, tells Emerging Europe.

“Georgia’s Innovation and Technology Agency (GITA), with support from the World Bank, started a new programme that aims to increase the innovative activities of entities and individuals and their participation in the digital economy of Georgia,” Vashakmadze says.

A Georgian ICT labour market analysis conducted in 2017 demonstrated the ICT workforce is not sufficiently qualified to meet national and international market requirements.

“Therefore our GENIE project aims to improve the digital skills of Georgian professionals,” Vashakmadze says. The ICT training programme in the scope of the GENIE project started with a pilot phase aiming to train at least 500 IT specialists, which now will be followed by larger-scale phase(s) to accommodate the training of at least 2,500 IT specialists. Overall, the whole the programme aims to train 3,000 participants by March 2023.”

The main impediments of growth would be lack of skills and qualifications, Vashakmadze adds.

“Finding relevant, skilled ICT professionals is a problem for employers. According to private and public sector representatives, there is no mid or long-term staffing strategy,” Vashakmadze says.

Is a sharp rise in Slovakian property prices cause for alarm?
EU beefs up Belarus sanctions, targets exports
Comment