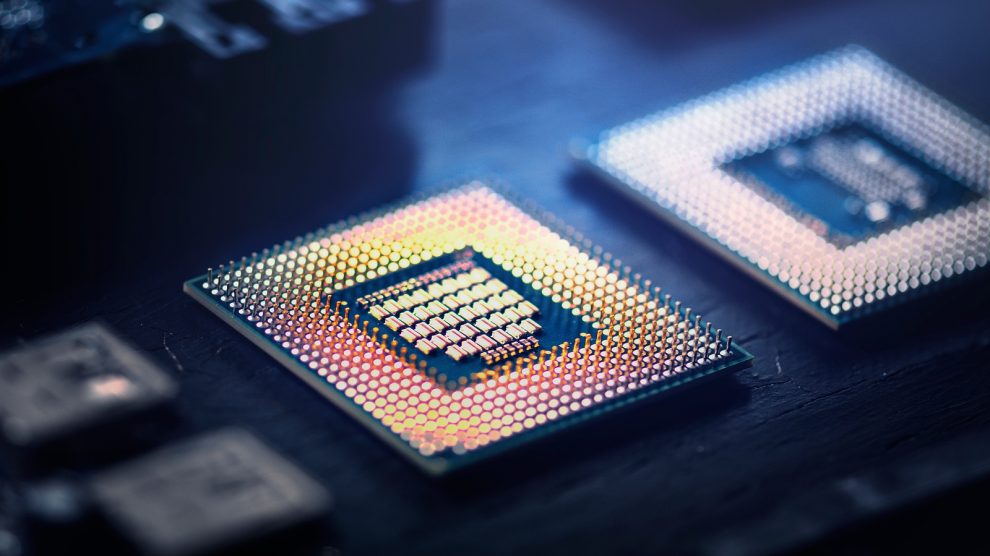 With the EU increasingly keen to compete with Asia and North America in the semiconductor industry, essential for the production of computers and automobiles, CEE needs to step up.

The European manufacturing sector has been hit particularly hard by the recently exacerbated global shortage of semiconductors, a type of electrical conductor essential for the production of computers, mobile phones, cars, diagnostic equipment and security devices, alongside much else.

The global semiconductor shortage was prompted by the Covid-19 pandemic and subsequent the surge in demand for electronics. Consumers and businesses started buying new laptops and servers to cater for staff working remotely and children being home-schooled.

Also known as chips, an appropriate supply semiconductors is vital for the European job market and economy. Some of Europe’s largest car manufactures, including Volkswagen and Stellantis – which owns FIAT and Peugeot – have in recent months faced a crisis of output caused by the lack of semiconductors.

In Central and Eastern Europe, Romania’s Dacia has been hit particularly hard by the shortage, twice having to suspend production this year – in February and October – for a total of 33 days.

The European Union wants to address the shortage with the European Chips Act, expected in 2022, which should facilitate the production of semiconductors and decrease Europe’s reliance on external sources.

Tyson Barker, head of the Technology and Global Affairs Programme at the German Council on Foreign Relations (DGAP), argues that it is possible for countries in Central and Eastern Europe to take advantage of the “building political momentum” in the EU concerning the semiconductor shortage.

“[These] countries’ geographical proximity to Germany will be useful,” he tells Emerging Europe, stating that there are widespread expectations that Germany is striving to open a microchip manufacturing facility near Dresden very soon.

The project is said to be part of the European Initiative on Processors and Semiconductor Technologies introduced last December, and which has already been signed by most member states, including Croatia, Czechia, Estonia, Hungary, Latvia, Slovakia, Slovenia, Poland, and Romania.

“Dresden is the heart of the European region which includes Czechia and Poland, which greatly facilitates cooperation,” Barker adds.

Piotr Lewandowski, senior research specialist at The Lukasiewicz Research Network who has completed research on geopolitical aspects of the semiconductor production race, offers a similar perspective on Poland’s ability to take part in improving Europe’s supply.

“There are no reasons why Poland should be excluded from the production of semiconductors. It offers a central location, resources, good communication, low production costs, ready infrastructure, and an educated workforce,” he tells Emerging Europe.

However, for this to take place, Poland needs “an appropriate state policy, a long-term strategy and consistent support from the EU, which is to be served by the European Chips Act,” he adds.

As Barker puts it: “What CEE countries need to do is make sure that they are part of a team.”

Preventing infighting and maintaining cooperation in the manufacturing and redistribution of semiconductors within the EU is vital. At the same time, questions have been raised regarding Europe’s friends and foes in ending the chip supply crisis.

For Barker, achieving the EU’s desired results will require cooperation beyond what the European Chips Act has so far put forward. “Increasing semiconductor manufacturing does not necessary mean a European company, with European workers, on European soil – that is just too unsophisticated.”

Intel, the world’s largest semiconductor company, earlier this year announced plans to open new manufacturing sites in the EU and invest 80 billion euros in the bloc over the next decade.

While Germany and France are expected to attract the bulk of Intel’s money, Italy and Poland are also contenders for attracting  more investment from the company.

“The good thing about having these foreign manufacturers operating in Europe is that they provide onsite upskilling. This could then lead to indigenous interpretations to develop or for the next idea to take place here,” argues Barker.

Intel’s Gdańsk facility is already amongst the largest in Europe, providing 3,000 jobs for the local area. In January, Intel announced that it is to increase its presence in Poland, which could bring the country direct investment worth tens of millions of euros.

Barker further maintains that it is important for the EU to see the United States as a partner rather than a competitor and calls for strategic interdependency. He does, however, highlight the need for this relationship to be equal.

“What Europe needs to make sure, as it has done with the TTIP [Transatlantic Trade and Investment Partnership], is that there is balance and benefit to both sides. The US should not be able to just come in and ask for ASML (an EU-based semiconductor company) to create some very specific type of equipment and that to be the extent of the cooperation. The EU should get something out of this relationship as well,” he says.

Meanwhile, Lewandowski underlines that reducing dependency on Chinese semiconductor companies should be of utmost priority for the EU.

“The crisis in the semiconductor market has strongly highlighted the European market’s dependence on Chinese suppliers, while the Chinese authorities are deliberately enacting a policy that will result in the significant fall in production in the European automotive sector, redundancies or a fall in salaries,” he concludes.

Sustainability is not a trend: it’s a must
Made in Emerging Europe: Bonapp.eco, Mentornaut, Ender Turing, FintechOS, EcoTree
Comment