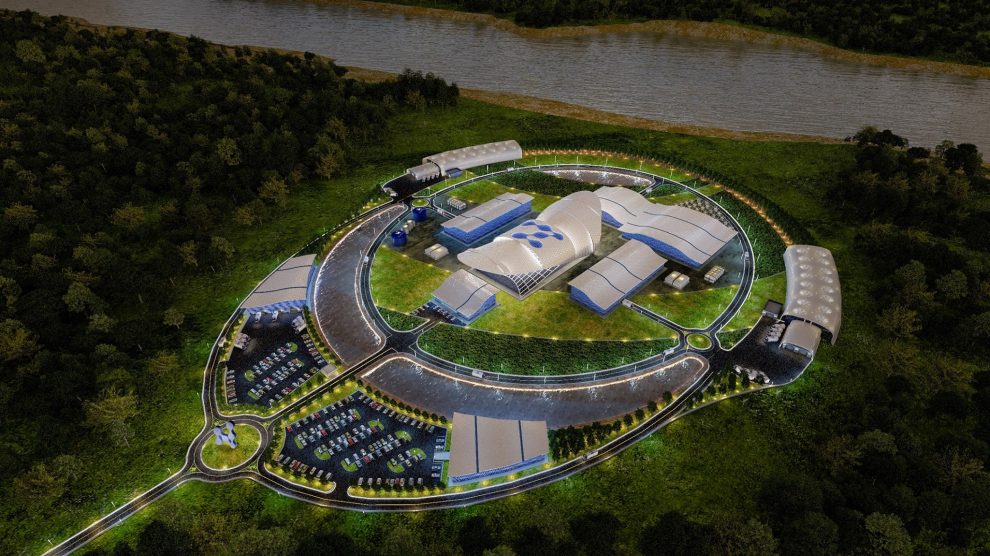 Far cheaper than conventional nuclear reactors, SMRs appear to offer a perfect solution for emerging economies transitioning away from the use of fossil fuel. However, the technology has not yet been approved by the EU.

Romania could become the site of the first small modular nuclear reactors (SMRs) in Europe following an agreement between US energy firm NuScale and the country’s state-owned nuclear energy producer Nuclearelectrica.

Romania’s president, Klaus Iohannis, wants a power plant made up of a cluster of six SMRs operational by 2028.

The deal was announced by Iohannis and US Special Presidential Envoy for Climate John Kerry on the fringes of the COP26 climate conference in Glasgow, Scotland, and comes at a pivotal time as senior government policymakers from around the world discuss the urgency of accelerating the transition to clean energy.

In a statement, the US Department of State said that by deploying US innovative clean technology first, Romania is taking an initial step “but a huge technological leap” in advancing climate action and clean energy access throughout a critical part of Europe and the world:

“This multi-billion-dollar effort showcases US ingenuity, creates thousands of jobs in both countries, strengthens European energy security, supports the highest standards for nuclear safety, security, and nonproliferation, and, importantly, addresses the climate crisis with clean power.”

NuScale and Nuclearelectrica first signed a memorandum of understanding (MOU) to evaluate the development, licensing and construction of a NuScale SMR in Romania in 2019. Since then, NuScale has become the first and so far only SMR to receive design approval from the US Nuclear Regulatory Commission – a crucial step towards the construction and deployment of the technology.

However, in July, a Utah energy cooperative said it would reduce the number of NuScale SMR reactors it will build at a pilot project in Idaho from 12 to six. The completion date of the project – the cost of which has reportedly leapt to 6.1 billion US dollars, up from 3.6 billion US dollars in 2017 – has been put back to 2030, meaning that if the plant in Romania goes ahead, it will be the first deployment of SMR reactors anywhere in the world.

No clues have yet been offered as to how Romania will meet the cost of its own SMR plant, nor where it would be located.

NuScale claims that its SMRs can support international climate goals to mitigate the worst impacts of climate change while strengthening global prosperity. The firm says that each SMR is capable of generating as much as 77 MW of electricity using a smaller version of larger, pressurised water reactor technology, enough to power around 50,000 homes.

However, according to Alin Tanase, a climate and energy campaigner at Greenpeace Romania, SMR technology has not yet been approved for use in the European Union.

“No such nuclear reactor has been built, either in the United States or in any other country in the world,” he says. “Therefore, Romania would become a guinea pig for insufficiently tested nuclear technologies.”

Proponents of SMRs say that they much less likely to overheat, in part because their small cores produce far less heat than the cores of large reactors. Innovative designs in SMR technology can also reduce other engineering risks, like coolant pumps failing. NuScale says its SMR has far fewer moving parts than traditional reactors, lowering the likelihood of failures that could cause an accident.

A working group set up by the International Atomic Energy Agency (IAEA) looking at SMR safety recently completed the review of over 60 safety standards to guide their application to a range of SMRs and innovative technologies, and is set to publish a report next year.

Nuclearelectrica currently operates Romania’s only nuclear power plant, at Cernavodă in the southeast of the country, which has two 706 MW reactors, the first of which went online in 1996. The second has been operational since 2007.

The two reactors utilise Canadian technology from Atomic Energy of Canada (AECL), making use of heavy water produced at Drobeta-Turnu Severin as a neutron moderator and coolant agent. Combined, the two reactors produce around a fifth of Romania’s total electricity output.

Nuclearelectrica has long been pushing to expand Cernavodă, but was last year ordered by the Romanian government to end negotiations with China General Nuclear (CGN) for the construction of two new nuclear reactors at the plant.

Romania’s Energy Minister Virgil Popescu has repeatedly stated that new reactors should be built only with “European partners or fellow NATO members”.

According to Tanase however, Romanians are opposed to new nuclear power plants. He cites a YouGov poll published in October that shows 66 per cent of Romanians do not want a nuclear power plant to be built in their neighbourhood, and that citizen support for green energy is at very high levels.

“Nuclear power poses unacceptable risks to the environment and humanity,” he adds. “It is far too expensive and too difficult to develop. It is definitely not a solution to the climate crisis. Renewable energy technologies are mature, competitively priced and must be prioritised on the agenda of politicians.”

NucNet, an independent nuclear news agency, says that NuScale has also signed a number of agreements for potential SMR deployment with other countries in emerging Europe, most recently with Bulgarian Energy Holding related to the potential construction of NuScale SMR units at coal sites in Bulgaria.

NuScale has also signed a three-way memorandum of understanding with Poland-based copper and silver giant KGHM and consultancy PBE Molecule to explore the deployment of NuScale’s SMRs technology to repurpose or replace existing coal-fired power plants and provide electricity and heat for KGHM’s industrial processes in Poland.

Going underground: Belgrade is set to finally get its metro
Czech parties agree new coalition, but incapacitated president may keep them waiting
Comment