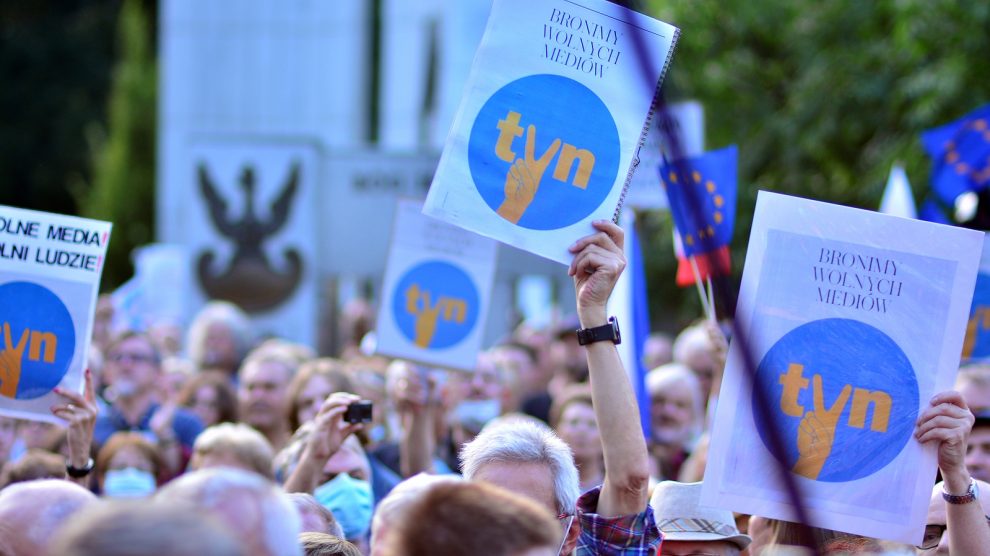 Poland’s ruling party Law and Justice party (PiS) on December 17 unexpectedly forced a vote in parliament on a media reform bill which critics claim could lead to the country’s largest independent news channel being shut down or forcibly sold.

While PiS says that the law – which prevents companies from outside the European Economic Area holding more than a 49 per cent stake in Polish radio and television stations – will protect all broadcasters from takeovers by companies based in hostile foreign powers such as China and Russia, opponents say it is an attempt to push US company Discovery to sell the country’s biggest TV network, TVN, whose news channel TVN 24 is often critical of the PiS-led government.

The law has even been dubbed “Lex TVN” by opposition lawmakers, who say that the new rules would see TVN lose its broadcast licenses. Opposition MPs also said that were told about the vote just 20 minutes before it took place.

The bill passed with a narrow majority, overturning a previous senate veto, and will now go to Poland’s President Andrzej Duda, who will have the final say.

Duda has previously suggested that he will not sign the bill.

“We are again starting war with America, which I completely do not understand,” he said. “I am counting on the president to analyse this and think about the good of the democratic fatherland.”

‘A law that threatens any enterprise investing in Poland’

Bix Aliu, the US chargé d’affaires in Warsaw, responded the vote by saying: “The United States is extremely disappointed by today’s passage of the media bill by the Sejm. We expect President Duda to act in accordance with previous statements to use his leadership to protect free speech and business.”

Discovery – the largest US investor in Poland – has previously called the bill “an attack on core democratic principles of freedom of speech, the independence of the media and is directly discriminatory against TVN and Discovery”.

In a statement released shortly after the vote, Discovery said its outcome should be “deeply concerning to any enterprise investing in Poland and to anyone who cares about democracy and freedom of the press.”

“Through this vote, Poland risks directly undermining the values that have connected Poland with Europe, and uprooting the foundation of the Polish-American relationship.”