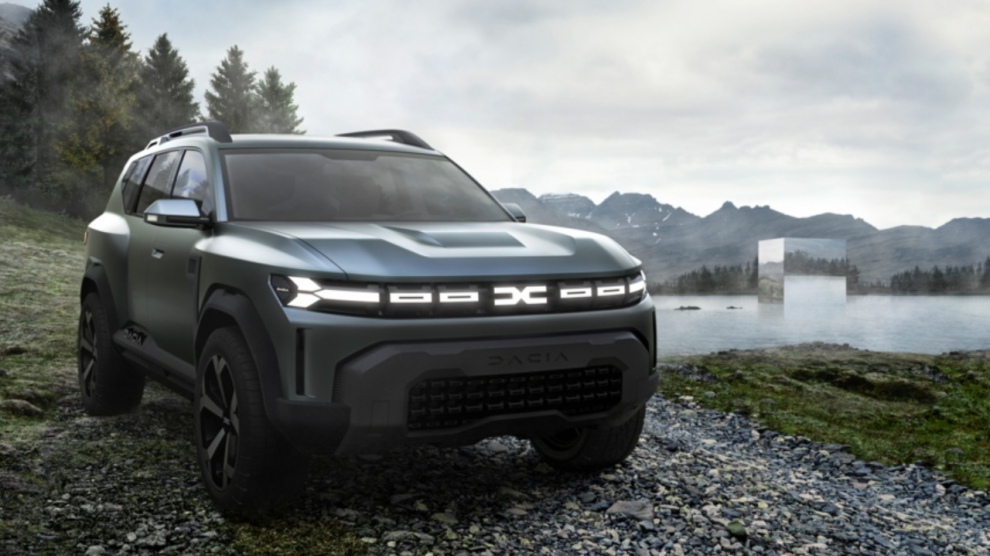 Romanian carmaker Dacia, owned by the French Renault Group, has unveiled a new flagship model, an SUV named the Bigster, designed to sit above the current Duster in the firm’s line-up as a “future figurehead of the Dacia range”.

The Duster, a slightly smaller SUV than the Bigster, is currently the second most popular car in Europe.

As part of Renault Group’s wider strategy shift, which it has dubbed the Renaulution, Dacia and another Renault brand, Lada, will team up to create a new business with the aim of improving efficiencies and expanding into new car markets.

The two brands will work together on engineering and manufacturing, which Renault says will target technological support and increase the potential for synergy and carry-over.

“With the creation of the Dacia-Lada business unit, we’ll boost our efficiency and further increase our products’ competitiveness, quality and attractiveness. We’ll have everything we need to bring the brands to higher lands, with the Bigster Concept leading the way,” adds Le Vot.

The Dacia brand has been one of the more unlikely business success stories of the past two decades in emerging Europe, moving away from being the object of cruel jibes to becoming a symbol of Romanian national pride.

Since being taken over by Renault in 1999, Dacia’s sales have increased nearly every year, and the brand now accounts for 3.7 per cent of all new cars sold in Europe.

“The Dacia Bigster Concept epitomises the evolution of the brand”, says Dacia’s design director, Alejandro Mesonero-Romanos. “Essential, with a touch of cool and an outdoor spirit. It proves that accessible is not opposed by any meanings to attractiveness. At Dacia we believe so, and this car is the proof.”

While the Bigster is currently a concept vehicle, with production not expected to begin until 2025, a new Dacia model is expected to roll of production lines this year: the Spring, the carmakers first fully electric vehicle, which will likely compete with Seat’s Mii Electric, the Volkswagen e-UP and Skoda’s Citigo – all made by Volkswagen – but which is expected to cost substantially less.

The basic list price in Germany for the Skoda Citigo is 20,950 euros, but with the now increased environmental bonus for low-cost electric cars, the car can be bought for around 16,570 euros. Dacia’s EV could therefore be priced as low as around 15,000 euros. The Bigster, Dacia’s first foray into C-segment vehicles, is likely to cost a lot more.

Dacia will produce the Spring model at a facility in Hubei, China, at a plant owned by eGT New Energy Automotive, a joint venture between Dongfeng, Renault, and Nissan. The small Renault K-ZE SUV model, which has much in common with Spring, is also produced at the plant.

Dacia’s largest plant remains its facility at Mioveni, near Pitesti in southern Romania, which has a capacity of more than 350,000 vehicles per year and which is currently being extended in a 100 million euros investment. It primarily makes the top-of-the-range Duster model, and is the most likely location for production of the Bigster.

Dacia also manufactures four of its models – the Dokker, Logan, Lodgy and Sandero – at units in Morocco. Some models are also assembled at Renault production facilities in Russia, Colombia, Argentina, Brazil, South Africa, Iran and India.