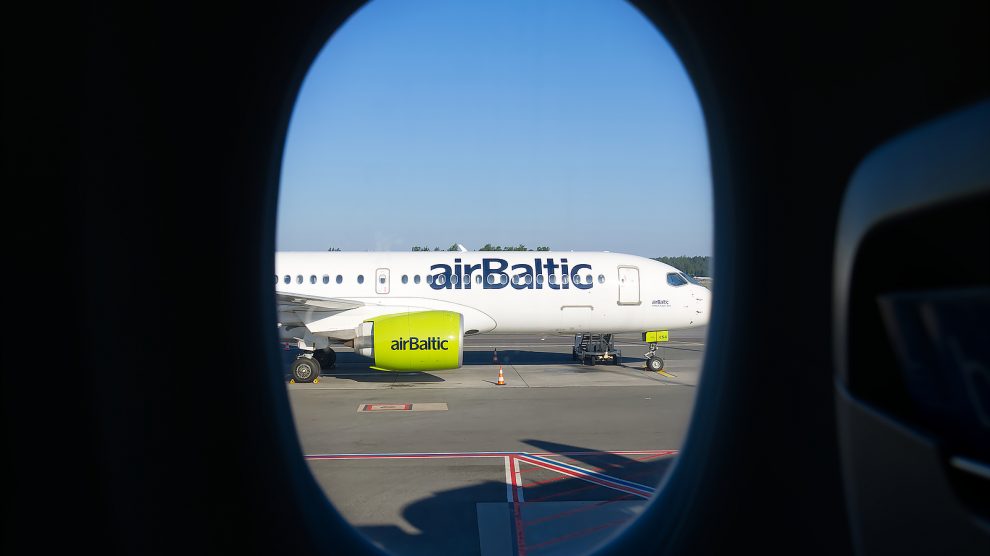 Europe’s low-cost airlines were amongst those businesses most affected by the Covid-19 pandemic and are now being challenged again by high fuel prices. Domestic flights meanwhile, especially in Poland and Romania, could offer an opportunity for growth.

Hungary’s Wizz Air, Latvia’s airBaltic, and Romania’s Blue Air are amongst Europe’s largest low-cost airlines and have all contributed over the past decade or more to making air travel affordable and widely accessible to the average person in emerging Europe.

They have also helped make travel to the region easier than ever before, bringing in millions of visitors.

Over the past three years, they – like the airline industry as a whole – have faced multiple challenges. First the Covid-19 pandemic grounded thousands of flights, bringing international travel to a virtual halt, then Russia’s invasion of Ukraine brought on a steep increase in the price of fuel, while this summer they have had to deal with a huge surge in the number of travellers, placing strain on capacity.

Andrzej Dubicki, an expert in Romanian politics and transport policy at the University of Łódź, Poland, tells Emerging Europe however that they will survive.

“There will always will be demand for their services,” he says. “Despite the necessary rise in ticket prices due to the fuel price increase, holidays abroad are becoming a more and more interesting option even for the average consumer, and I think that this applies both to the Polish and the Romanian markets,” he says.

The two largest economies in emerging Europe, and the countries with the largest populations amongst EU member states in the region, also represent the two biggest air travel markets.

Despite some similarities, Dubicki argues that there are also some notable differences that will affect how low-cost air transport to and within the two countries will develop over the next few years.

“Those two states are at first sight easy to compare, as they have roughly similar areas. Nonetheless, Poland is more populated and more friendly to road transport, which successfully competes with the domestic flights offered by the national carrier LOT and by Ryanair.”

He suggests that there remains a gap in the market in both countries, domestic flights, which continue to serve primarily the two capitals, Warsaw and Bucharest, with routes between smaller cities few and far between.

“Romanian airlines are more eager to explore this opportunity, such as Blue Air, as well as the Moldovan airline HiSky. This is due to the poor shape of the local railway network, which cannot compete with air transport. Travel times are much longer by train but the cost is broadly similar,” says Dubicki.

As to the ongoing energy crisis caused by Russia’s invasion of Ukraine, Dubicki argues that airlines are not uniquely affected as rail and road transport are also already suffering.

“In my opinion both Polish and Romanian low-cost airlines will survive the crisis, mainly because of their flexibility and ability to adapt to rapidly changing circumstances on the market. The fact that in 2021 a brand-new airline, HiSky, emerged on the Romanian market shows that there is space and, what is most important – demand for such services regardless of the price.”

Sonia Huderek-Glapska of the Poznań University of Economics and Business agrees with Dubicki’s assessment regarding the ongoing viability of the region’s carriers.

“Airlines in Central and Eastern Europe are not particularly affected by the Russian invasion as they are flexible and able to relocate their operations and open routes elsewhere. Airlines can protect themselves from soaring fuel prices with hedges,” she tells Emerging Europe.

“Russia and Ukraine are the biggest losers in the aviation industry due to the Russian aggression against Ukraine,” she adds.

One of the major players in budget air travel to Ukraine and Russia was until recently Latvia’s airBaltic.

“Due to the current airspace restrictions, airBaltic is unable to serve a total of four routes to Ukraine and in March announced that the company is leaving the Russian market where it served two routes,” an airBaltic spokesperson tells Emerging Europe.

The airline has also had to adjust flight routes to and from Dubai and Tbilisi due to airspace restrictions, although most of the company’s routes remain unaffected.

“The war certainly affected many passengers in Europe,” the spokesperson continues.

“However, the situation has changed since. Today we see a very small impact on our bookings as many passengers continue to plan their end-of-summer holidays or business trips.”

Wizz Air meanwhile last month backtracked on plans to resume flights from the Russian capital of Moscow to Abu Dhabi in the United Arab Emirates following severe criticism and a social media backlash, which included calls to boycott the airline.

Wizz Air had planned to restart flights between Moscow and Abu Dhabi from October, having suspended all fights with Russia immediately after the invasion of Ukraine.