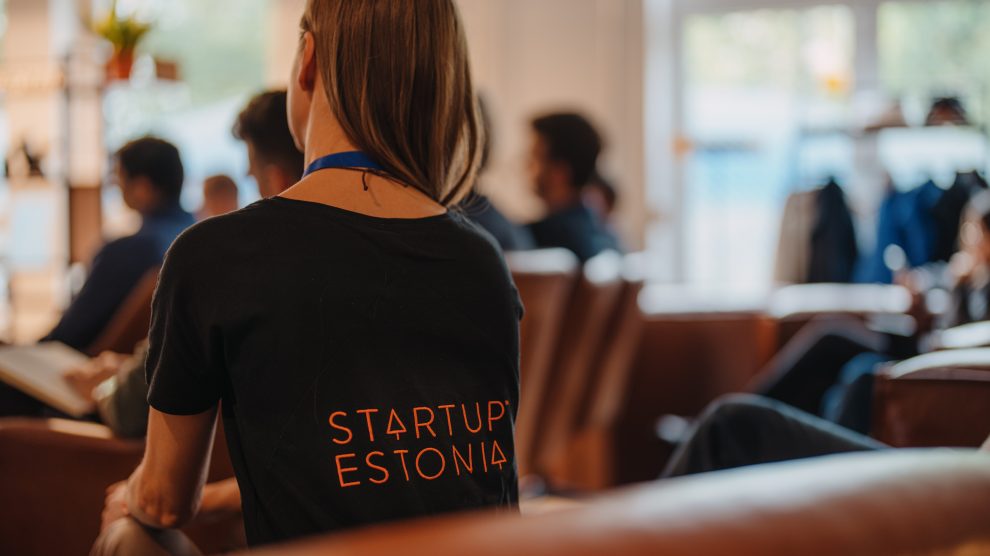 Built on foundations laid by Skype, Estonia’s start-up scene thrives thanks to its collaborative ecosystem that brings together all stakeholders: government, founders, investors, and universities.

Larger in size than the Netherlands but with a population of just 1.3 million, Estonia, as its people will never fail to remind you, is a land of technology unicorns. Ten to be precise, giving it – per capita – the highest number of unicorns (start-ups with a market valuation of more than one billion US dollars) in Europe.

There are several reasons for the country’s success. “Estonians are by nature entrepreneurial,” says Prime Minister Kaja Kallas. “Our start-up community is vibrant and innovative. It always wants to come up with new ideas.”

The figures back up her claim. According to Start-Up Estonia, the start-up sector is growing by 30 per cent each year, and almost 10,000 people are employed by the country’s start-ups. More than one billion euros was raised by Estonian start-ups in the first two quarters of 2022.

“In Estonia, it’s not important to own a luxury yacht, a fast car or have millions in your bank account. Here, it’s prestigious to be involved in start-ups. Even the president, Alar Karis, has some experience in start-ups,” says Joonas Vänto, director of the Estonian Investment Agency.

Having a first-class education system helps.

Estonia regularly tops international rankings, including the Organisation for Economic Cooperation and Development’s (OECD) PISA assessments. Its universities meanwhile are an integral part of the start-up ecosystem.

“We are founder friendly,” says Mart Maasik, investment director at UniTartu Ventures, which brings together early-stage deep tech investors and the University of Tartu’s researchers, exchanging IP for equity.

Some of the country’s most promising start-ups, including AuveTech, which make autonomous buses, Skycorp, which is developing hydrogen drones, Modern Mobility, creating software for on-demand transport based on autonomous vehicles, and Bercman Technologies, a deep-tech company on a mission to help vehicles to communicate with each other, are offshoots of university projects.

“Cooperation between private companies and the universities is important,” says Kauri Kõrm, head of development at AuveTech.

It started with Skype

This collaborative mindset extends to the wider Estonian start-up ecosystem, which originally sprung out of Skype, the country’s first unicorn.

Early investors and employees of Skype, who cashed out when the firm was sold (first to ebay, then to Microsoft) reinvested their windfall in new start-ups, many of which in turn went on to become huge successes.

“Skype made people realise that Estonians can build global products,” says Martin Villig, a founder of mobility firm Bolt, one of Estonia’s latest unicorns which in January secured 628 million euros of new funding, increasing its valuation to 7.8 billion euros.

“When Skype was bought hundreds of people got money from the exit, and that money has been reinvested into new start-ups.”

This has created a cascade effect of founders investing in founders, who are generous not only with their money but their time and networks. An active community of founders serves as an incubator for new start-ups, who can tap in to know-how and contacts.

“Everyone supports the ecosystem, because there is no competition in Estonia,” adds Villig. “You can’t build a massive company based on sales in Estonia alone. Everyone is looking for global growth. So we support each other, and that is probably the biggest difference compared to Germany, France, the US.”

‘Digitalisation has shaped our national identity’

Ease of doing business – the country leads the world in digital government – is another key factor. “Digitalisation has shaped our national identity,” says PM Kallas. “Setting up a company is simple, doing taxes is simple.”

Indeed, the country led the International Tax Competitiveness Index in 2021.

Since 2014, Estonia has been running a hugely successful e-residency programme, which, using a transnational digital identity, allows e-residents to access the country’s digital government tools and start-up ecosystem.

Overall, around one in five of Estonia’s businesses are founded by e-residents

The numbers could increase even further next year, when a new commercial code will enable entrepreneurs around the world to start a business in Estonia completely digitally with minimum capital of just one eurocent, in comparison to the current minimum share capital requirement of 2,500 euros.

From start-ups to scale-ups

While e-residency does not offer the right to live and work in Estonia, its start-up visa programme, launched in 2017, does.

“It’s one of the easiest visa schemes out there, because the term ‘start-up’ is defined in law,” says Annika Järs, start-up lead at Start-Up Estonia.

“In Estonia, a start-up is a technology company that is innovative, has a repeatable and scalable business model and has fast global growth potential.”

Decisions on whether or not to accept start-ups into the programme are made by experts from across the ecosystem, “not random people from the government or police who wouldn’t know how start-ups actually work,” adds Järs.

“The objective, really, is to see whether or not these start-ups will fit into the Estonian start-up ecosystem.”

Järs also points out that Estonian firms make use of the start-up visa programme in order to bring in talent. Next year, the programme will be extended to include scale-ups, she adds.

“We want to ensure that companies which are no longer defined as start-ups can keep their headquarters in Estonia and can keep on growing.”

How Polish AI is helping Ukraine assess and track the cost of war
No time to wait: Ukraine’s reconstruction begins now
Comment