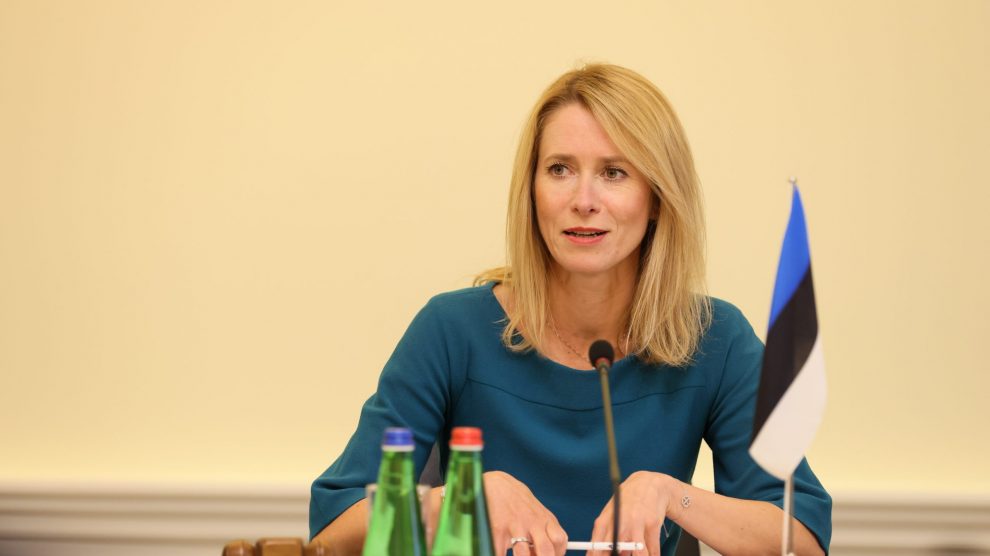 Banning Russian tourists from entering the EU can bring home the consequences of the Kremlin’s war on Ukraine to the Muscovite and St Petersburg elites, says Kaja Kallas.

Estonia’s prime minister, Kaja Kallas, has told Emerging Europe that Russia’s war on Ukraine must not be allowed to pay off, and that the international community must make use of “every tool in the box” – including a ban on Russian tourists.

Speaking at Stenbock House in Tallinn, the seat of the Estonian government, Kallas reiterated her country’s support for Ukraine.

Estonia has been one of the most loyal supporters of Ukraine since Russia invaded the country on February 24, driving Europe’s collective response.

“We have given 0.8 per cent of our GDP to Ukraine, in military aid, humanitarian support, and assistance for refugees,” she said. “Per capita it is the highest amount of any country.”

She was adamant that the pressure on Vladimir Putin and Russia must be maintained, even if it comes at a steep economic cost: Estonia itself is currently dealing with an inflation rate of around 25 per cent, the highest in the European Union.

“We have made the mistake before of not punishing Russia for its actions,” she said. “When Russia invaded Crimea and Donbas [in 2014] its aggression paid off: it won territory with no real consequences. This time, we must make sure that its aggression does not pay off.”

On the subject of energy, she says that the EU “lost the momentum” on gas sanctions.

“The EU could not agree on gas sanctions. Now, it is Russia that has sanctioned its own gas. We have reached the same conclusion [an almost total halt to Russian gas supplies] but we have lost the initiative and we lost a good chance to show our unity.

“The key is what we do now. Energy bills are already high, and this is only the beginning. The winter will be hard, but we have to keep in mind what Putin wants. He wants to see divisions in Europe, and within our societies.

“But we have to make use of every tool in the box to bring this war to an end as fast as possible.”

A ban on Russian tourists is one of those tools.

Estonia, along with Latvia, Lithuania and Poland, will bar Russian citizens holding Schengen tourist visas from entering their countries from September 19. In a joint statement last week announcing the ban on the entry of Russians, the leaders of the four countries said that travel to the EU was “a privilege, not a human right” and pointed out that it was not a total ban, highlighting the exceptions for dissidents, humanitarian cases and family members.

The EU has stopped short of introducing a bloc-wide ban, although it has frozen a visa facilitation agreement meaning that Russians will pay higher prices for tourist visas and that fewer of them will be issued.

Kallas, who has pushed for EU unity on the issue, justified the ban by saying that since flights from Russia to the EU had been grounded, Russian tourists had taken to using land borders in order to reach the EU.

This, she says, is a security risk.

“We are having to bear the burden, which is not fair. We can’t check everyone entering,” she said. “We see Russian agents entering the EU on tourist visas, we see Russian tourists attacking Ukrainian refugees.”

The ban will also help bring the consequences of the war home to the Muscovite and St Petersburg elites, she suggests.

“When the Muscovite and St Petersburg elites see the war taking a toll on their lives, this can make a difference. Economically, there are few sanctions left. [The visa ban] is one of the things we can still do to bring this aggression to an end once and for all.”