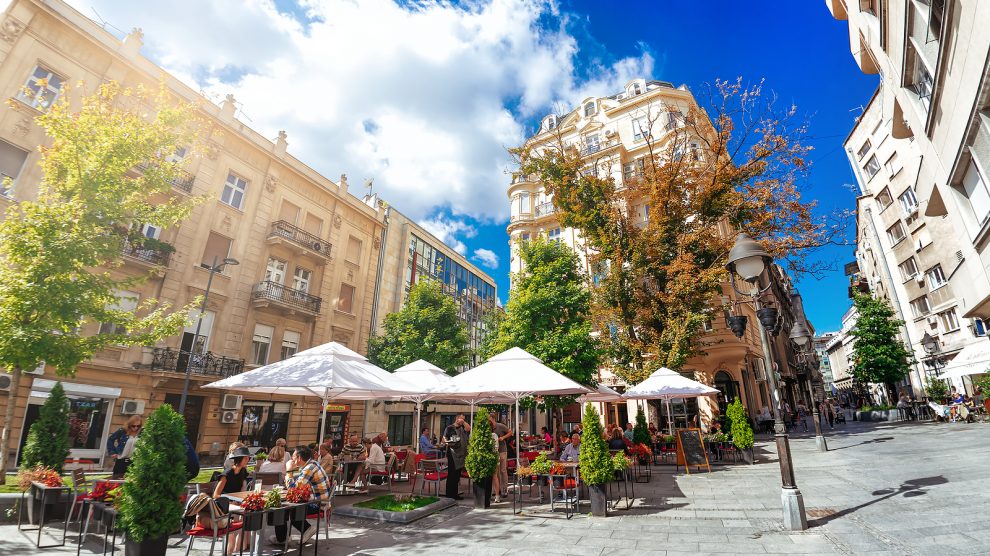 In Central and Eastern Europe, the race is on to attract digital nomads, who bring not only money but expertise and know-how into local tech ecosystems. How does Serbia compete?

These visas streamline the process of relocating, and allow remote workers to live in the respective countries for up to 12 months at a time, usually on the proviso that they do not intend to provide services to firms in their host country and earn a certain amount each month.

Besides Estonia, which last year became the first country in the region to offer a digital nomad visa, Croatia, and Georgia also offer the visas, and look set to be joined by Romania soon.

Serbia’s capital Belgrade meanwhile has become a popular destination for digital nomads despite not offering a specific visa. The country ranks high on the popular online hub Nomad List — it’s in fourth place on the Best Countries to Live In list, just after Slovenia, Singapore, and Hungary.

Belgrade itself, according to the same site, was ranked seventh last year in its list of best cities.

Now, several organisations in the Belgrade IT community, such as Digital Serbia Initiative and Return Point, have – along with the United Nations Development Programme (UNDP) launched a new digital platform — BelgradeGetsDigital — that aims to keep Serbia’s and Belgrade’s high rank among nomad destinations and attract more of them to the capital.

“The organisations around the BelgradeGetsDigital are connected with the idea that investing in the digital economy is a great chance for the economic development of our country,” says Tijana Stefanović of the Digital Serbia Initiative.

According to a report produced by Digital Serbia Initiative, digital nomads in Serbia like the friendly people, the easiness of getting around, and the good start-up and co-working scene. Yet they are frustrated by bureaucracy – especially around extending their visas when they want to stay longer in the country.

Johannes Hindler, a digital nomad and CEO of Vizz, which creates construction management software, has been living in Belgrade for about two years, and echoes the findings of the report.

“Back then my girlfriend was from Serbia, now we’re married, and she helped me with the process of getting my visa for a year and even then it was quite challenging,” he tells Emerging Europe.

“People were quite helpful and nice but still the process is very chaotic due to a lack of information.”

But all this is changing. According to Ivan Brkljač of Return Point, Serbia now has a digitalised programme where foreigners can apply for a one year stay.

“Despite the benefits most digital nomads stay in Serbia for less than the three months that they’re allowed to with a basic tourist visa,” he tells Emerging Europe. “They mostly use their Serbia stay as a ‘Schengen break’ or a stop on their journey, so it’s unlikely that creating a new [digital nomad] visa would significantly change things.”

Nevertheless, there is hope that some of these digital nomads might choose to stay in Serbia, and Belgrade, a bit longer.

“Very often the people who belong to this group decide after a while to settle down. Our wish is to make their stay in Belgrade as good as possible, and to make it easy to decide that this city is where they want settle,” says Stefanović.

Hindler says that a special visa would certainly help.

“It would be easier and more people would come,” he says. “Digital nomads are always connected and are all ears about countries where they can live, where living costs are not too high, where there is a good quality of life and an interesting community.”

A formal digital nomad visa was actually first suggested last year by Serbia’s Ministry of Labour and would have taken its cue from Estonia — including the 3,500 euros of monthly income required, something which would make Serbia uncompetitive, as neighbouring Romania is considering a much lower 1,100 euros threshold.

For now, however, those legal changes have not been made, and there are no set-in-stone rules around the level of income digital nomads need, although applicants for long-stay visas do need to prove that they can support themselves.

According to Tijana Stefanović, it may be too early to tell exactly how many digital nomads the BelgradeGetsDigital platform will attract, but there is interest.

“The promotional campaign aimed at the nomads themselves has resulted in over 40,000 hits to the website and around 500 concrete enquiries by those who are getting ready to come to Belgrade,” she tells Emerging Europe.

Serbia and Belgrade certainly face stiff regional competition, but with the platform now operational, it’s clear that digital nomads are being taken seriously.

“I am looking forward to seeing how it works. I think it’s a step in the right direction,” concludes Johannes Hindler.