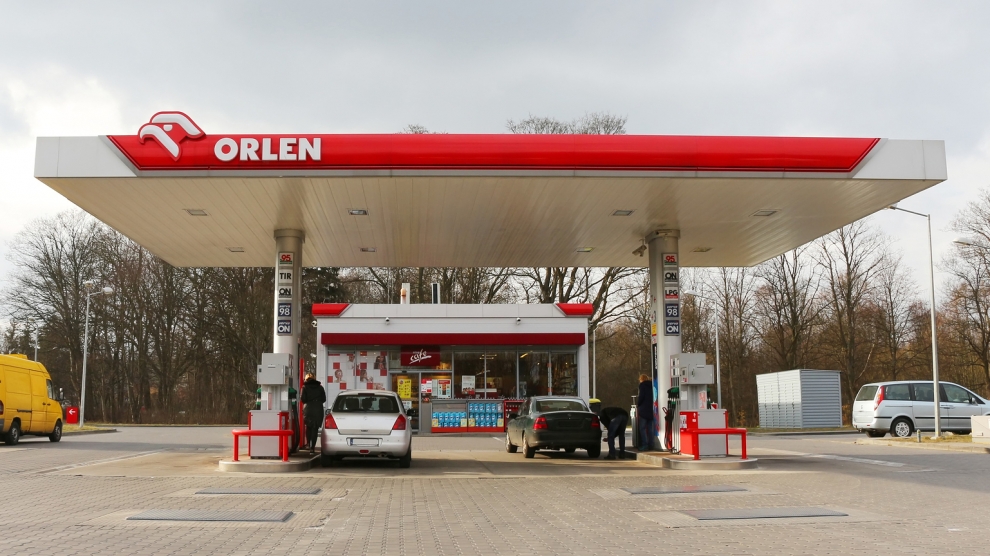 Two of the largest fuel retailers in Poland – Orlen and Lotos – are joining forces. Orlen signed a letter of intent with the Polish treasury on February 27 which will see it take a majority 53 per cent stake in state-owned Lotos.

As of September last year Orlen operated 1758 petrol stations in Poland, Lotos 485. It is likely, however, that Lotos will remain a separate brand on the market.

“If Orlen manages to take over Lotos at the current market price, it will be highly beneficial,” said Seweryn Masalski, fund manager at MM Prime TFI. “The combined concern will gain an even stronger position in the domestic market. it will be able to generate a lot of cost synergies.”

During the deal’s announcement it was stated that the terms will now have to be set out in detail and carefully worked out in order for the merger to get the green light from the Office of Competition and Consumer Protection (UOKiK).

In an interview with Rzeczpospolita TV, Piotr Naimski, secretary of state in the Chancellery of the Prime Minister and government plenipotentiary for strategic energy infrastructure, said the merger would make Orlen “a large European company. But this will have to be agreed by the UOKiK.”

However, Marek Niechciał – president of UOKiK – has already said that the Orlen-Lotos merger should be referred to the European Commission, adding that “this is due to the turnover of both companies.” He added that the Commission may then decide to transfer the case back to UOKiK.

Following the announcement, investors started purchasing shares in both companies on the Warsaw Stock Exchange, resulting in Orlen’s shares growing by 6 per cent, and those of Lotos by 6.4 per cent.

The question now is: what will happen with the Lotos brand itself and its gas stations?

According to Mr Naimski, everything depends on the final decisions of the Ministry of Energy and PKN Orlen, but the Lotos brand is to be retained. He also drew attention to the fact that the position of the Lotos refinery in Pomerania will not be affected: “the refinery will continue to operate,” he said.

Orlen believes that preserving the entity’s individuality, and the Gdańsk refinery, will translate into maintaining jobs, but also maintaining income from CIT, PIT and real estate taxes.

“The new entity will be strong regionally, but will continue to care for local communities. Currently, there are no plans for the consolidation of the brands. Integrated concerns have a stronger market position and can resist strong competitive pressure from international players and – the situation of significant cyclical fluctuations – stabilise fuel price,” reads an Orlen press release.