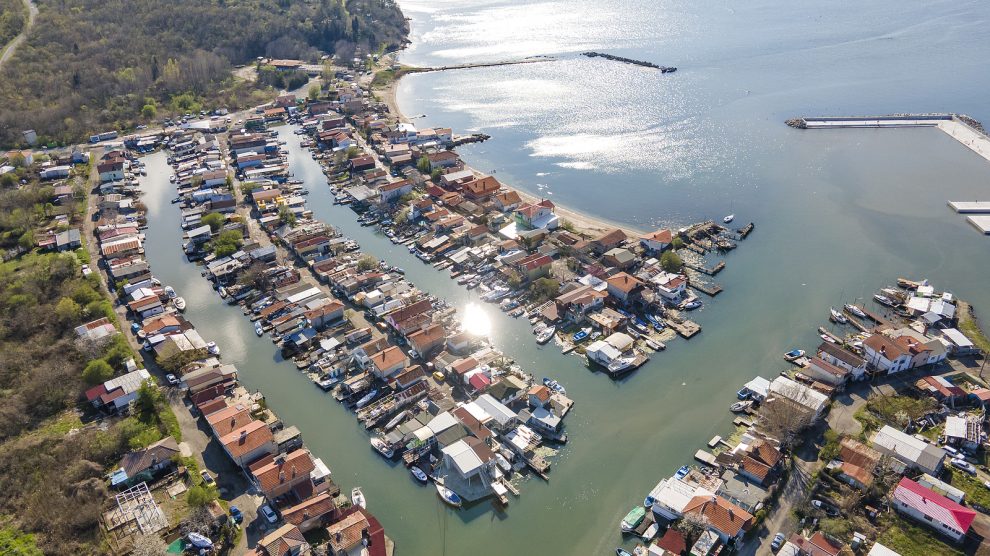 A new study by the General Fisheries Commission for the Mediterranean analyses aquaculture production and trade in the six countries bordering the Black Sea.

The Black Sea region has seen over recent years a boom in aquaculture and in the trade of seafood, but conflict may hamper this growth in Ukraine and threatens to disrupt seafood trade and supply chains in the region, says the General Fisheries Commission for the Mediterranean (GFCM) of the Food and Agriculture Organisation of the United Nations (FAO).

Aquaculture production in the Black Sea region has grown from over 500,000 tonnes of farmed seafood (mostly salmonoids, carp and European seabass) in 2017 to over 700,000 tonnes in 2019, according to a GFCM regional study.

“Aquaculture has been growing in the Black Sea region, helping to boost food security and providing jobs and incomes for many vulnerable rural communities,” says Houssam Hamza, GFCM Aquaculture Officer and lead author of the study.

On average, Ukraine produces about 20,000 tonnes of farmed fish per year. There are over 4,000 registered fish farms in the country, the majority being small scale farms of less than 30 tonnes annual production in artisanal ponds, rearing a range of species – from mainly carp, to catfish, pike and trout.

In 2019, major destinations for seafood exports from Ukraine included countries in the European Union, Moldova, Belarus, Uzbekistan, Israel, Taiwan and Turkey among others.

When it comes to trade, Russia is by far the largest exporter of seafood (farmed and caught) in the region, with exports of nearly 1.8 million tonnes in 2019, valued at over 4.6 billion US dollars.

Elsewhere, in Georgia, fisheries and aquaculture only supply 10 to 15 per cent of the country’s seafood consumption, leaving the country reliant on imports.

In Bulgaria, despite accounting for only four per cent of registered aquaculture farms, mariculture – species such as mussels farmed in marine waters – has grown to represent 30 per cent of total aquaculture production.

In Romania, aquaculture supplies over 11 per cent of seafood consumption, with several fish farms expanding to include services such as ecological tourism and recreational fishing, increasing farmers’ streams of revenue.

In Turkey, the production of aquaculture increased by more than 50 per cent between 2015 and 2019.

Despite the growth, the sector is fragile and susceptible to crises especially as small and medium farmers represent the largest share of farmed seafood producers in the region, says Hamza.

“The current conflict between Ukraine and the Russian Federation is affecting supply chains and prices with farmers in the region struggling to buy fish feeds or feed ingredients and fingerlings to keep their farms running. Trade in farmed seafood will also face challenges,” he concludes.

Meanwhile, Ukraine has sent around 80,000 tones of grains to the Romanian Black Sea port of Constanța so far, with more expected to arrive, the port’s manager said on April 26.

Ukraine’s sea ports have been blocked since a Russian invasion two months ago and the country, a major agricultural producer, has been forced to export by train via its western border or via its small Danube river ports into Romania.

“There are around 80,000 tonnes of grains which have already arrived, they are stored in silos, a part of them were loaded on ship,” Constanța Port manager Florin Goidea told the Reuters. news agency