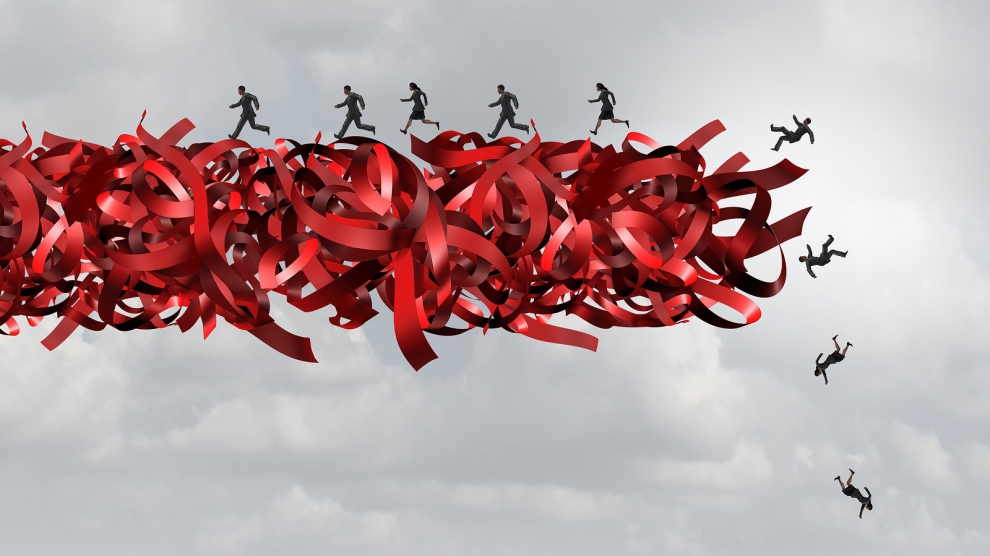 With just a few notable – and commendable – exceptions, of which Estonia and Georgia are not the least, emerging Europe remains mired in a confusing, off-putting, investment-delaying tangle of red tape and bureaucracy that can test the patience of the most saintly entrepreneur.

In Romania, where a new, ostensibly pro-business government took office in October, a new law looks set to make at least one part of the entrepreneurial process – starting a business – slightly easier.

Changes passed by the country’s parliament on December 18, which remove the often lengthy and tricky necessity to acquire the approval of neighbours before registering a business at an address, and which will allow individuals to be the sole shareholder of more than one company, are modest at best. But they represent a major step forward for a country where bureaucracy is Byzantine in its complexity and Kafkaesque in its devilish detail. They may even help Romania improve its score in the World Bank’s Doing Business rankings: in the latest report, the country was 91st when it came to the ease of starting a business.

“The best thing the state can do to encourage the private sector is to get out of the way,” says Claudiu Nasui, and MP from the Save Romania Union (USR), who authored the new legislation with his colleague Cristina Pruna. The upstart USR – formed only in 2015 – is not part of the government but supports it in parliament.

While the changes are welcome, more reform will be needed to ensure that Romania’s businesses can spend less time and fewer resources on meeting their obligations to the state. Many business owners feel that it is the country’s notoriously inefficient tax administration department, ANAF, which is in the most urgent need of serious reform. The new finance minister, Florin Cîțu, certainly has ANAF in his sights, but has yet to reveal any concrete proposals.

“ANAF has spent millions of euros in recent years on software which was designed to reduce the number of trips taxpayers have to make to its offices but which was out of date long before it went online,” says Ion Mălureanu, a financial consultant. “Uploading tax returns – either the annual returns of individuals or the quarterly returns of businesses – is often impossible as ANAF’s software can’t cope. Hundreds of thousands of people still need to physically go to ANAF’s offices, where they often have to spend long hours queuing in order to do nothing more complicated than file a simple tax return.”

Digitalisation of ANAF – and other government departments – would help the new government to achieve one of its most prized goals: reducing the number of civil servants. According to the Romanian Ministry of Finance, ANAF employs more than 25,000 people. The entire state sector in the country employs over 1.2 million people: this in a county whose total workforce is fewer than 6.5 million.

The percentage of state workers in the total labour force, 19 per cent, is in fact lower than in a number of other countries in the region (in Estonia it is 22 per cent, Croatia 23 per cent). However, what is unusual in Romania is the wide discrepancy between the average salaries of state and private sector employees.

“The fact that state workers earn such high salaries is not in itself a huge problem,” says Cristina Irimie, a recruitment specialist. “The problem is that so many do very little in exchange. Few people in Romania begrudge the recent increases in salaries for medical professionals and teachers, but they do have a negative view of desk-bound functionaries earning such high salaries, especially when these people can be so unhelpful when they have to interact with the public.”

She hopes that a further reduction in red tape will allow the government to make thousands of these so-called functionaries redundant.

“Romania needs a trimmed-down, professional, and yes, well-paid civil service. But carrying this out will require a great deal of political will. The government does not have a majority in parliament and the populist opposition will do all it can to block reform. I think that for real, substantial change we are going to have to wait until after next year’s parliamentary election.”