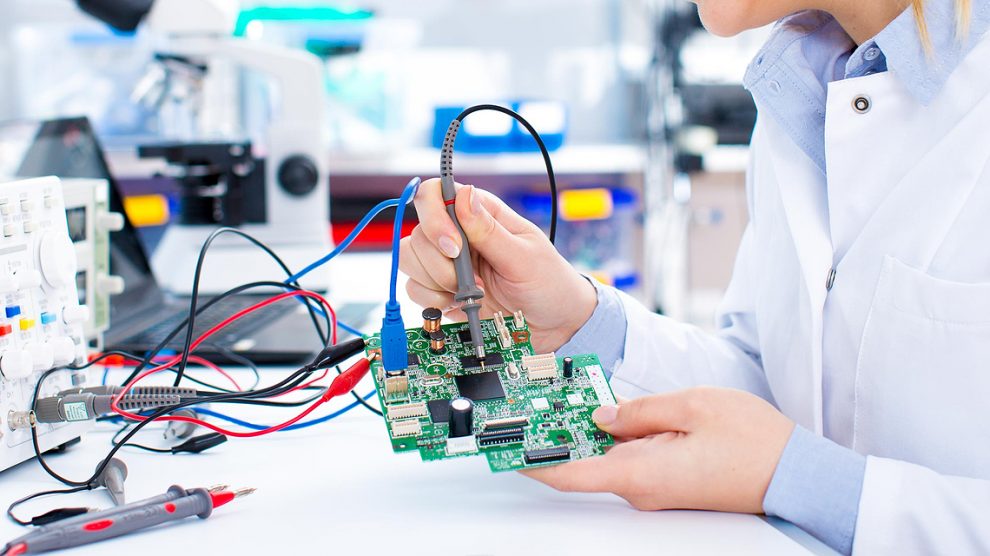 March 8, 2022, is yet another International Women’s Day on which women remain under-represented in senior-level positions in STEM (science, technology, engineering, and mathematics), while the gender pay gap remains glaring. However, there are also positive signs, as the CEE region continues to outperform much of Europe. Women in Central Asia meanwhile are also moving towards equality in the sector.

According to the World Bank’s Women, Business and the Law 2022 report, around 2.4 billion working-aged women do not have access to equal economic opportunities, while 178 countries have been shown to maintain legal barriers that prevent full economic participation.

Emerging Europe is no different. Estonia has Europe’s worst gender pay gap, according to Better Fund CEE, with a 21.7 per cent discrepancy in pay between men and women working similar roles and hours.

However, when it comes to women in STEM, it is no secret that Central and Eastern Europe outperforms most of the rest of the continent.

Amongst those aged 25 to 64 and employed in science and technology, in 2020 all CEE EU member states had a higher percentage of women active in the sector than the EU average, Eurostat figures reveal.

“More than 90 per cent of our team consists of women,” Mihaela Kokenska, clinical operations manager of the Bulgarian branch of the Polish medical research organisation platform Pratia, tells Emerging Europe.

“I believe that participation is generally equal between women and men nowadays, and I see more and more women taking and handling successfully scientific, leadership and other key roles in the innovation sector. This is very inspiring, because I believe that gender equality actually leads to better results in science and healthcare,” Kokenska says.

“Our industry has always had lots of women in it, as it offers quite a few positions that are easily accessible to people with a nursing background. We have a lot of women who are working as clinical research associates as well as in pharmacovigilance. We are also starting to see more women in data management, but not as many in biostatistics where a mathematics background is expected,” O’Keefe tells Emerging Europe.

Despite women being well-represented in the industry as a whole, O’Keefe points out that this is not the case when looking at higher paid, senior positions.

“The big issue is how do we get more women moving up the ladder and being a part of the executive boardroom,” she says.

The problem remains in the realm of entrepreneurship as well, as globally in 2020 only one per cent of venture capital went towards companies founded solely by women despite companies with at least one female founder generating results that are two times better than all-male founded companies, according to Better Fund CEE.

Eszter Szabó, founding president of the Budapest-based Women/Business/Angels Association, aiming to improve female representation in innovation decision making roles such as angel investors and entrepreneurs in the CEE region, highlights the necessity of allowing women the same opportunities as men to move up the career ladder.

“The public, whether in Hungary, Poland or Czechia, should understand that it is in society’s interest to be investing in start-ups,” she tells Emerging Europe.

“We have to invest in the future generation of companies locally and women can play a very serious role in that,” she adds.

Szabó further acknowledges that only a small number of women in Hungary found their own start-ups, while pointing out that this issue exists beyond the country and the region.

According to O’Keefe, one significant hurdle to seeing women in senior-level positions in the clinical research industry comes down to the ability to make connections.

“Men naturally have more networking opportunities. That is why a lot of these men find themselves in senior positions not necessarily because of their skillset, but because of the relationships they have built with other successful men. That is something that is lacking for women, especially amongst the many who are balancing work with being a primary caregiver at home,” she says.

“We all need to be networking in a different way. As a start, we could normalise holding networking events during the day instead of in the evenings,” O’Keefe suggests.

Szabó believes that governments across the region should work hand-in-hand with private organisations to solve this problem of representation.

She highlights the Coach School programme for secondary school children which is in part focused on showing young girls the benefits of joining the tech sector, which has been initiated by the Hungarian government but funded by large companies, as well as the private Green Fox initiative which targets women who are primary child carers.

“I know that there is still a long way to go in changing stereotypes in behaviour and perceptions, but gender equality is an advantage for all, it is not a competition. We still have a long way to go, but I am glad we have started to walk it,” argues Kokenska.

Tajik women in IT

The lack of female representation in STEM remains much more exacerbated in Central Asian countries like Tajikistan where women make up 36.9 per cent of scientific researchers, according to UNESCO Institute for Statistics data for 2018.

“There is a lot of stigma attached to women involved in STEM across the world, but also in our region especially,” says Bonu Hafizova, director of Alif Academy, a Tajikistan-based training centre offering free tech programming courses established by Alif Bank.

“We have female students but unfortunately the number is not so high: 30 per cent of our graduates were women in 2021 when we had 350 female graduates,” she tells Emerging Europe.

Hafizova explains that there are so many obstacles, including negative stereotypes, for girls to join the IT sector in particular that they are afraid to even try.

To address this issue Alif Academy is now launching a series of initiatives to ensure everyone in the country has an equal opportunity to pursue a career in tech.

This includes a programme which targets women, offering them tailored courses in IT to challenge stereotypes about women working in STEM, and a similar programme which offers free tech education for Afghan refugees who have sought asylum in Tajikistan.

The introductory IT course for women produced 150 graduates of whom 25 per cent went on to continue their studies in the field.

Some of the new features which will be introduced in Alif Academy’s upcoming programme for girls aged 16 to 19 include mentorship opportunities and open classes where parents can see the benefits of joining the IT sector.

“We want to teach girls confidence and leadership skills which are essential in tech and beyond,” Hafizova says.

According to her, while the IT sector in Tajikistan is not yet as well developed as in the neighbouring countries such like Uzbekistan, Kyrgyzstan or Kazakhstan, we can expect a boom in the coming years.

“Today we see clear progress if you compare the situation now to five years ago. That’s why we do what we do,” she concludes.

The West should already be planning how to finance Ukraine’s reconstruction
Lithuania-launched initiative aims to counter Russian propaganda, one phone call at a time
Comment