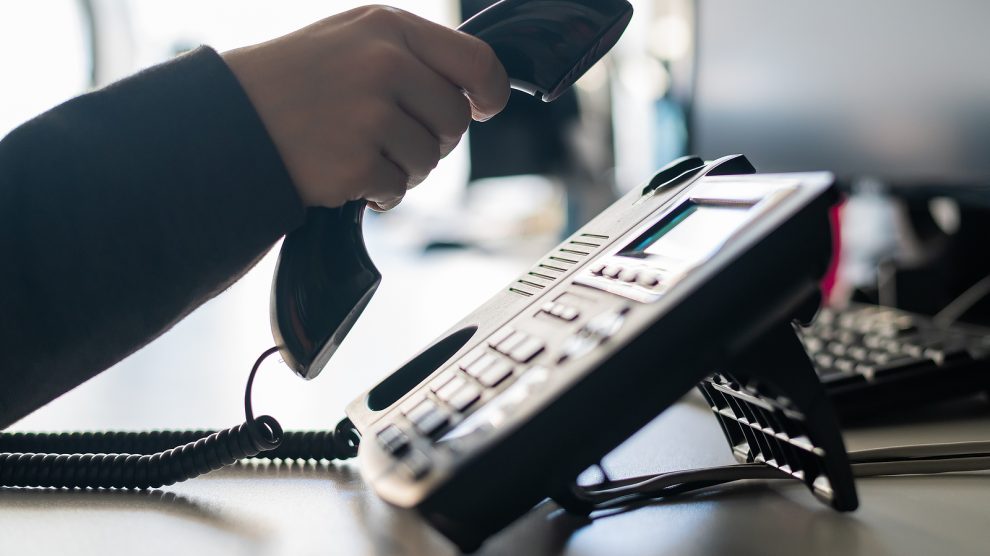 Call Russia will connect Russians abroad with Russians inside Russia for the most important conversations of their lifetimes.

A Lithuanian-led digital information campaign has been launched to connect Russian diaspora volunteers with up to 40 million phone numbers in Russia in a bid to help end the war in Ukraine.

The initiative, Call Russia, aims to bypass Vladimir Putin’s propaganda and information blackouts, activating the Russian diaspora around the world to provide Russians inside the country with facts about the brutal and illegal assault on Ukraine.

A global network of professionals in technology, advertising and communications have compiled the project’s database of 40 million Russian phone numbers and coded a technology platform which will generate phone numbers and provide non-confrontational conversation guidelines to Russian-speaking volunteer callers.

The initiative rolled out from Vilnius, Lithuania.

“While Vladimir Putin rains horror on Ukraine and blacks out information sources that could reveals his lies, Call Russia will personally connect Russians abroad with Russians inside Russia for the most important conversations of their lifetimes,” says one of the organisers, Paulius Senūta, a creative from Vilnius.

Call Russia says it now needs Russian speakers around the world to join the effort to counter Putin’s propaganda and break his accelerating information blockade, one phone call at a time.

“One conversation cannot overcome Putin’s evil propaganda, but 40 million might. Russians empowered with truth and compassion are the only ones who can stand up against Putin’s lies and end this war.”

The campaign’s website, CallRussia.org, will assign individual numbers to each volunteer, provide peaceful and non-confrontational guidelines for conversation designed to combat Russian disinformation.

“Call Russia will be the biggest and most important decentralised phone bank in history, because we believe only Russians can stop Vladimir Putin now. Only the truth can stop the killing,” adds Senūta.

“Putin lies to Russians about where their sons are being sent to die and about the atrocities being committed in their names. Call Russia is an information service that will bypass Putin’s propaganda machine and deliver verifiable facts that empower decent Russians to stand up and forge a path for peace. The world is counting on them.”

The initiative is the latest move by the tech and creative sector in emerging Europe to support Ukraine in its fight against the Russian invasion.

Ukraine itself is assembling a cyber army of volunteers, known as the IT army, to defend the country’s critical networks as well as strike back against Russia.

Tackling the under-representation of women in STEM in CEE and Central Asia
Explainer: Ukraine, Georgia and Moldova will not be fast-tracked into the EU
Comment