The toxic, far-right Conservative People’s party (EKRE) no longer forms part of Estonia’s government. Repairing the damage it has done to the country’s reputation will be one of the most important tasks of new prime minister Kaja Kallas.

Estonia has long been one of the post-communist world’s greatest success stories, a leader in digital government, technology and innovation.

Over the past two years however, the presence in the country’s governing coalition of the toxic far-right Estonian Conservative People’s party (EKRE) has dealt a series of blows to the country’s carefully crafted international image.

EKRE’s leaders have made frequent attacks on foreigners – not helpful for a small country that needs skilled migrants to sustain its booming technology sector – and recently tried to ram through changes to the constitution that would have defined marriage as being strictly between a man and a woman, making the legalisation of same-sex marriage impossible.

In 2016, Estonia became the first ex-Soviet state to recognise same-sex unions, allowing same-sex couples to sign a cohabitation agreement. Mart Helme, however, a former interior minister and leading member of EKRE, has suggested that Estonia’s gay couples should “move to Sweden”.

The party is also overtly eurosceptic, and its response last year to the European Commission’s Next Generation EU package, designed to help the European Union recover from the economic impact of the Covid-19 pandemic, was to label it: “a big step towards a United States of Europe”.

Perhaps the most infamous incident however came in December 2019 when the country’s president, Kersti Kaljulaid, as well as the prime minister, Jüri Ratas, were forced to apologise after Mr Helme called the then new prime minister of Finland, Sanna Marin, “a sales girl.”

Ms Kaljulaid – herself a frequent target for EKRE – went as far as to tell Postimees, an Estonian newspaper, that she felt Mr Helme was a threat to the country’s security and feared his comments could alienate partners in the region.

Nevertheless, earlier this month Mr Helme was at it again, calling a recent election that brought a female-dominated government to power in neighbouring Lithuania “rigged” and the work of “the deep state”.

As of January 25, EKRE no longer forms part of Estonia’s government, and mainstream politicians are likely to think twice before offering the party a share of power again.

The coalition of which it was part collapsed earlier this month when Prime Minister Jüri Ratas, leader of the Centre party, resigned over a corruption scandal related to a property development in the capital, Tallinn.

One of the five people suspected of corruption is Kersti Kracht, an adviser to Martin Helme, son of Mart Helme and Estonia’s erstwhile finance minister. According to the Public Prosecutor’s Office, Kracht promised Teder that she would use her influence to ensure that a loan for a real estate development project would be granted on favourable terms.

The task of restoring Estonia’s image as a progressive, tolerant country, a champion of European values and digital transformation, now falls to Kaja Kallas, the leader of the Reform party which won a parliamentary election in 2019 but was frozen out of government when Mr Ratas coopted EKRE and the slightly more moderate right-wing Isamaa (Homeland) party into his coalition.

With Reform and the Centre party now in charge, Estonia finally has the government it voted for two years ago.

A former MEP and the daughter of a former Estonian prime minister, Ms Kallas told the country’s parliament on January 25 that she wants to see the country “smile again”.

Her first task in achieving that will be to deal with the Covid-19 pandemic.

“Recent infection rates have stabilised, but the threat has not disappeared,” said Kallas, adding however that her goal is to “keep Estonia as open as possible so that people can go to work, children can go to school and economic activities can continue.”

“Vaccination will be the most important task of the government in the coming months. We need to negotiate, both at European level and with the various vaccine manufacturers, to speed up the procurement of vaccine doses. Everyone should know when they will be vaccinated.”

“Estonia has the strength to once again become a country larger than its borders, which is valued in terms of openness and innovative technology. We want to live in a forward-looking country that is well-regarded both in Europe and on the wider world stage.

“Politics is a debate about how we organise our society and share resources. But why do we have to insult or ridicule another person when presenting our views? Why do we have so much hatred for each other?,” she asked.

“The worst thing a member of the government can do to Estonia is to provoke and escalate conflicts. The new cabinet will certainly not do that. We will not divide society on the basis of ‘us’ and ‘them’.”

Those of us who have long championed Estonia wish Ms Kallas well. 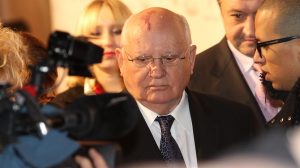