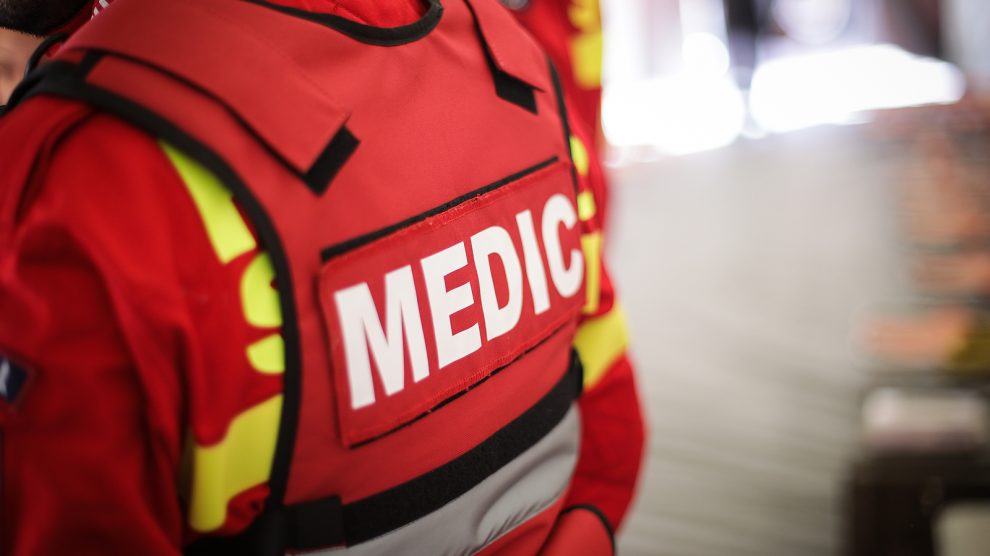 Another day, another fire at a Romanian hospital: five people were killed early on January 29 in a blaze at an intensive care unit at an infectious diseases hospital in the capital Bucharest.

Only yesterday, January 28, Transparency International warned that corruption is undermining health care systems and their ability to fight Covid-19 across Eastern Europe. Romania’s score was the lowest of any country in the European Union.

Today, another tragic fire at one of the country’s hospitals: five people killed in the intensive care unit at the Matei Balş infectious diseases hospital in the capital Bucharest. The hospital had been considered the frontline in Romania’s fight to save the lives of Covid-19 patients. Survival rates for those in intensive care were, until this morning, higher than at any other medical unit in the country.

The latest disaster comes less than three months after a similar tragedy at a hospital in Piatra Neamț, in the north east of the country, which killed 10 people. In that case too, all were Covid-19 patients in intensive care.

The Bucharest fire – which, unlike the Piatra Neamț blaze occurred at one of the country’s best-funded hospitals – has brought the precarious state of the Romanian health system back into public attention, as well as the political interference in hospital management, something that the country’s new government, installed at the end of December, has vowed to eradicate.

The country’s health minister, Vlad Voiculescu, has bemoaned a lack of investment, saying that “Romania has constructed hundreds of shopping malls in recent years, but no hospitals. The reality is that the vast majority of our hospitals are chronically underfunded.”

He’s right, but as he knows better than most, investment alone will not be enough. As he admits, Matei Balș “has been recipient of robust funding in recent years.”

Mr Voiculescu is the subject of an award-winning documentary, Collective, which exposes the endemic corruption that persists in the Romanian health service. The film, currently screening on the HBO Go and Max platforms, is widely expected to win an Oscar in the Best Foreign Feature category at this year’s Academy Awards.

In October 2015, a fire engulfed a Bucharest nightclub, Colectiv (Collective), killing 26 people as they fled and a further 38 who died in hospital over the course of the next five months. At least 13 of those who died in hospital did so not from the wounds they received in the nightclub fire, but from bacterial infections contracted while in intensive care.

Others died due to a lack of adequate burns facilities, despite the country’s authorities at the time repeatedly stating that they had all they needed to care for the injured.

The fire at Colectiv forced the incumbent, incompetent health minister to resign, ushering in Voiculescu, the former head of an NGO that helps child cancer patients. Voiculescu was previously the subject of another documentary, Rețeaua (The Network), which looked at his creation of a network of people across the world who personally imported to Romania cancer drugs that were at the time unavailable in the country.

Clearly very different to his predecessors and with unquestionably good intentions, Collective documents how Voiculescu attempts to make changes to the way that the Romanian health system is run but meets with resistance from the many politically-appointed (and protected) hospital managers who make anything other than cosmetic reform all but impossible.

In the end, he runs out of time. The film closes with the results of Romania’s 2016 general election, which brought a clear victory for the country’s Social Democrats (PSD), who did not keep Voiculescu on as health minister. He was in the job less than eight months.

This time around, Voiculescu will be hoping that he gets far longer in office. He will need it: corruption is so ingrained in the Romanian health system that real change will not be possible without long, protracted battles against those with a vested interest in keeping things just the way they are.

In the meantime, Romania’s hospitals will continue to burn.