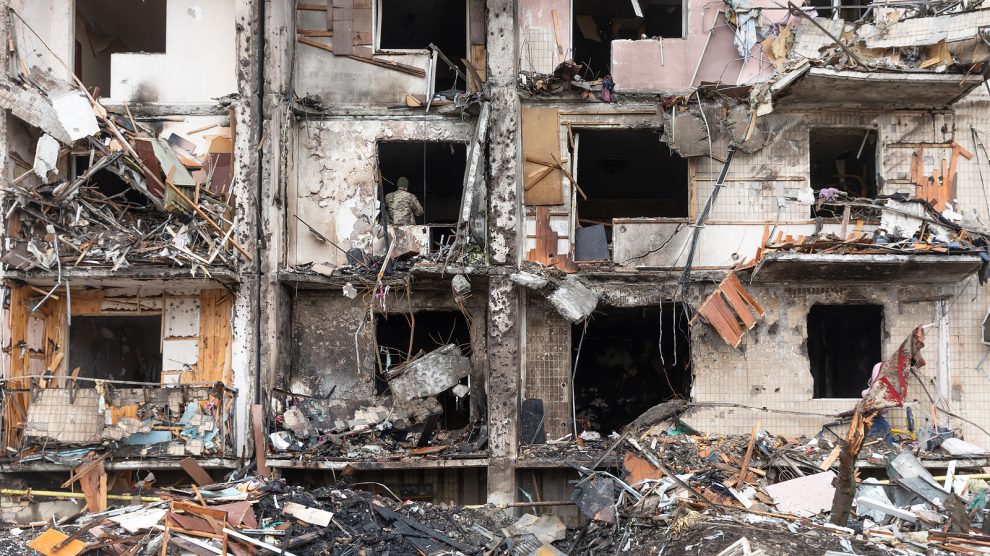 Few international supporters of Russia and its dictator Vladimir Putin are willing to cheer on the country’s invasion of Ukraine directly, instead choosing to talk up the importance of neutrality.

In the first days of Russia’s war on Ukraine, now into its third week, it was the shrill of whataboutery, of moral equivalence (usually invoking NATO’s bombing of Serbia in 1999), that was the default standpoint of the Kremlin’s apologists across the world.

Yes, they admitted, Russia has probably crossed a line, but its actions are no different, and certainly no worse, than NATO’s bombing of Belgrade.

Besides, they argued, Russia had been forced into invading Ukraine, egged on by the West and the threat posed by the continued eastern expansion of NATO.

As the scale of Russia’s offensive increased and its indiscriminate shelling of villages, towns, and cities ramped up, their arguments quickly fell apart. NATO’s intervention in the spring of 1999 prevented Serbia from carrying out in Kosovo precisely the kind of genocide now being perpetrated by Russia in Ukraine. There was no moral equivalence.

It also became clear that the West, by continually promising to defend “every inch of NATO territory” was not going to intervene military to defend even an inch of territory that was not NATO. “Russia can have the rest,” it might have well said (and, note, continues to do so). If the West did have a hand in pushing Vladimir Putin to invade Ukraine it was not by being aggressive, but by appearing weak.

So a new narrative was born, the narrative of neutrality.

Ukraine is not fighting a war of aggression

In essence, this neutrality takes on two forms. The first is the importance of neutrality during the war. “End NATO Aggression” became “Stop the War” or merely “Peace”. The Kremlin’s apologists now pose as mediators, calling for negotiation, for compromise, for “both sides” to do their bit to end the bloody conflict – but always placing the emphasis on the need for Ukraine to listen to reason, and to end the needless sacrifice of its forces.

This stance ignores the reality on the ground: Ukraine is not fighting a war of aggression, it is fighting to preserve its independence, and its continued existence as a nation state. It ignores the fact that this conflict could end immediately should Russia halt its offensive and withdraw its forces (and proxies) from Ukraine – all of it, including Crimea and Donbas. Ukraine has no territorial ambitions beyond preserving its internationally-recognised borders. It poses no offensive threat to Russia, or any other country.

The second aspect of the so-called neutrality argument is that Ukraine must pledge to remain a neutral state after the conflict’s end.

Ukraine’s leaders have repeatedly stated that the country’s future is a matter for the Ukrainian people alone (and recent opinion polls suggest that a majority favours both EU and NATO membership).

This brings its own condemnation from the Kremlin’s allies: Look, they say, Ukraine does not want peace. It is Ukraine that is prolonging this war, not Russia.

Don’t give Russia what it wants

The natural conclusion of this argument is the idea that Russia must have a say in Ukraine’s future. In practice, this would rule out Ukrainian membership of both NATO and the European Union. It denies Ukrainians agency over their future and offers Russia precisely what it wants: a weak Ukraine that would forever remain beholden to the whims of its neighbour.

For Ukrainians, such a future is unacceptable. The vast majority of the almost two million refugees who have fled the country have not chosen to leave their homes for fear of Russian shelling, but out of fear of what living under Russian occupation would mean for them and their country.

Already, in the few towns that Russia’s forces have managed to occupy, there have been arrests of officials unwilling to “cooperate” with their new (hopefully temporary) overlords.

Ukraine has no future as a neutral country, for there is no such thing as neutral in a war of annihilation. Either Ukraine wins this war – and it should be given all the support it needs, from humanitarian assistance to arms and fighter jets – or Ukraine as an independent country ceases to exist. The end point of this war must be on Kyiv’s terms, not Moscow’s.

The useful idiots who continue to bang the drum of neutrality may – in some cases – mean well. But their every word is an insult to the millions of brave Ukrainians who have already shown that resistance is not futile. 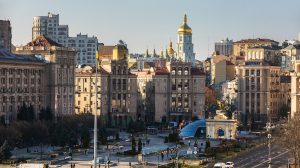 Keep calm and join us in Kyiv: Ukraine is open for business

Russia’s invasion of Ukraine: 50 days of remarkable resistence
An attack on all of emerging Europe
Comment