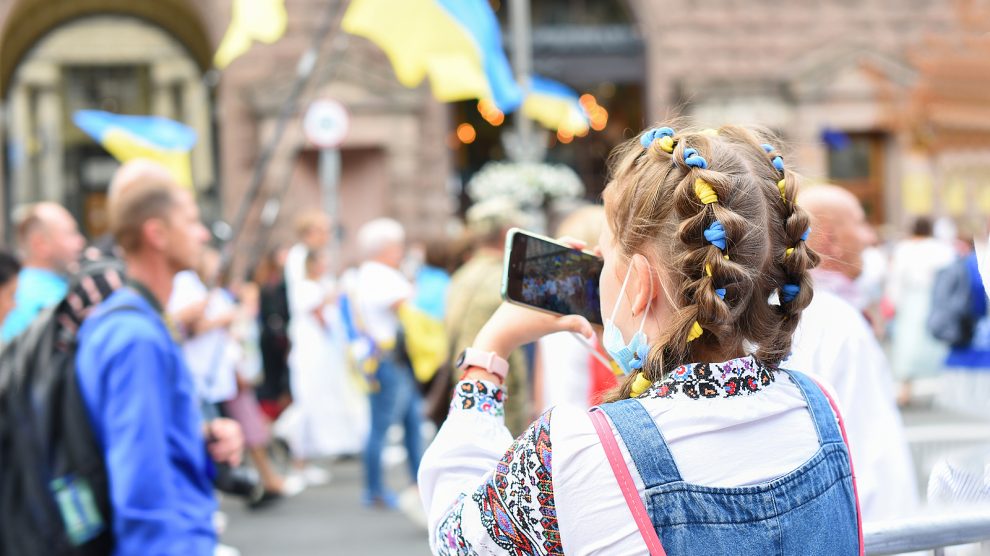 International elites – no matter how well-intentioned – using Ukraine to further their own agendas harm the country’s cause and could derail reconstruction efforts.

It’s become one of the most popular parlour games among fashionable circles in Washington, London, Paris, Berlin: designing the “ideal” Ukraine that will emerge from the destruction caused by Russia’s invasion of the country.

The US gun lobby wants Kyiv to adopt more liberal arms laws (if every Ukrainian kept an AK-47 at home, Russia would never have invaded, runs their argument). Liberals want the government in Kyiv to legalise same-sex marriage, suggesting that such a progressive move would send a devastating signal to Moscow that Ukraine has changed forever.

Environmental groups want to bring an end to heavy industry in Ukraine, long the backbone of the country’s economy, particularly in the east. Others view the country as a neo-liberal playground, where the post-war need for labour market flexibility will be more pressing than any regard for workers’ rights.

Some, all, or perhaps none of these things will happen. But while there is no harm in already thinking about the kind of Ukraine that emerges from the war (the Ukrainian government is itself already working on a plan, dubbed U-24, to prioritise where reconstruction efforts will be needed most), there is real harm in projecting our own values, wishes and policies on a country still engulfed in a battle for survival.

Some things about post-war Ukraine are (almost) certain: it will become a member of the European Union (albeit later rather than sooner) and will see an acceleration in the growth of its tech sector (which was booming before the Russian invasion). It may also become a member of NATO.

And there will be a role for the international community in post-war Ukraine. The country’s president, Volodymyr Zelensky, speaking via video link at a Ukraine Reconstruction Conference earlier this month admitted that the task of rebuilding the country would be “colossal” and would be “a common task of the whole democratic world”.

That role should be as hands-off as possible. Yes, donors will want assurances that money is being well spent, and reform and transparency will be vital to ensure corruption does not damage the integrity of any reconstruction programme.

But all major decisions should be taken by Ukrainians themselves. Far too much commentary and analysis of the war so far has been suggestive of the idea that Ukrainians have no agency over their own affairs, that the country was before the war a mess of its own making and that there can be no going back to the way things were before the invasion.

This is not the view of the Ukrainians I speak to. They want nothing more than the opportunity to pick up their lives again, in most cases exactly as they were before the war (albeit without the threat of another Russian invasion). Many are dying to achieve just that.

We should support them in their efforts, providing arms, money, know-how and whatever else is needed to ensure the war is won. It is our moral duty and obligation to do so.

But once that objective is achieved, our role should be limited to providing the funding Ukraine needs to rebuild (without any strings attached) and trusting its government and people to take the right decisions.

The Ukraine Reconstruction Conference made it clear that the EU, the US, the World Bank and other potential donors all currently have their own ideas about exactly how the reconstruction should be carried out.

The only ideas that should matter are Ukraine’s.