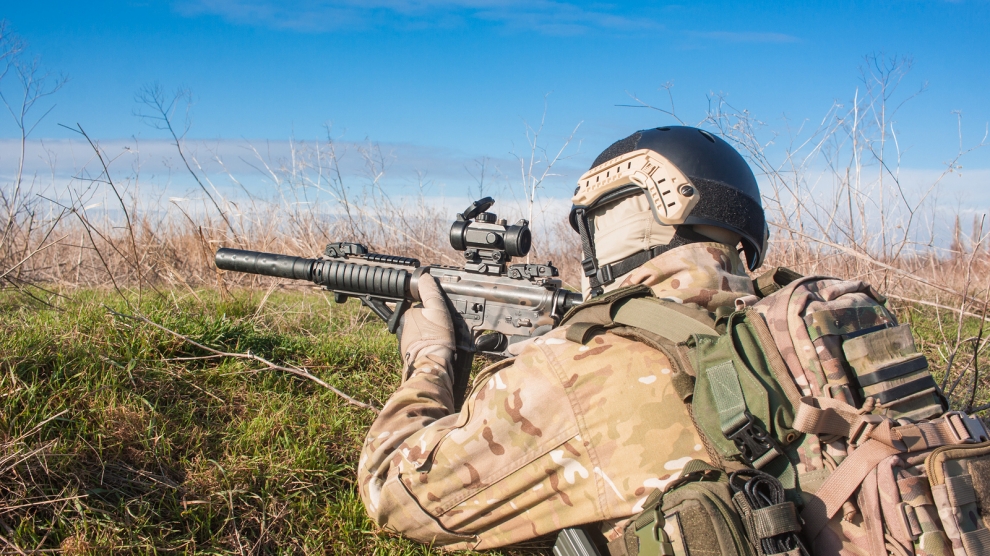 The Trump administration has so far provided Georgia with a great deal of military support, although NATO membership still looks to be a long way off.

April 3 marks one decade since NATO issued the Bucharest Declaration, a document that promised eventual membership for Georgia and Ukraine. Since then, Georgia has made major progress in functionally integrating its military with NATO, largely due to support provided by the US. However, full membership is still not on offer.

Georgia’s pathway to NATO remains unclear, but it’s not for lack of trying. Despite an uneven record on democratisation and human rights, former President Mikheil Saakashvili and his United National Movement (UNM) undertook major efforts to set Georgia on the path toward NATO. In 2004, the country began contributing to the International Security Assistance Force in Afghanistan; in 2005 it agreed to facilitate the transit of NATO forces. Also in 2005, Georgia’s National Security Concept called for “fully-fledged integration into Europe’s political, economic and security systems.”

Due largely to UNM’s dogged lobbying in Washington, Georgia became a cause célèbre for the Bush administration’s “Freedom Agenda.” In 2005, Bush called Georgia a “beacon of liberty for this region and the world”—expressing hope that the Rose Revolution would serve as a model for other countries in Eurasia.

The Bush administration was convinced that Georgia and Ukraine—then led by pro-Western President Viktor Yushchenko—were ready to start moving toward membership. It pushed to extend Membership Action Plans (MAPs) to both countries at the 2008 NATO Summit in Bucharest. Germany disagreed, arguing such a step would needlessly antagonise Russia. With the support of several other Western European NATO members, Germany succeeded in blocking extension of the MAPs.

The result was a compromise we now refer to as the Bucharest Declaration—a document that satisfied no one and was ultimately used by Russia to justify later invasions of its neighbours. Just one week after the summit, Russian General Yuri Baluyevsky stated that Russia would consider military action if it felt threatened by developments in neighbouring countries. Four months later it did exactly that, invading Georgia following the latter’s attempt to forcibly regain control over the breakaway territory of South Ossetia.

The war served Russia’s main objective, rattling NATO and effectively taking enlargement off the table. Nonetheless, Washington remained Georgia’s biggest cheerleader. Now on its third administration since the August 2008 war, US support for Georgia has ebbed and flowed but never run dry.

Surprisingly to some, support has remained firm under the Trump administration. The State Department recently agreed to sell 75 million US dollars worth of Javelin anti-tank missiles to Georgia—something the Bush and Obama administrations regarded as a step too far.

This spring will bring the launch of the Georgia Defense Readiness Programme—in contrast to previous US military aid programs which focused on interoperability with NATO forces, the new initiative will train Georgian troops to defend their own territory against invasion. Given Georgia’s current security situation, that couldn’t be more relevant.

Vice President Mike Pence also made a powerful symbolic gesture when he visited Georgia last July. During the visit, Pence stated that “President Trump and the United States stand firmly behind the 2008 NATO Bucharest statement which made it clear that Georgia will, someday, become a member.” Those are just words, but his strong affirmation of the Bucharest Declaration contrasted sharply with the guardedness of Obama administration officials.

The US Congress has also stepped up its support for Georgia. On July 24, 2017, Congress passed the Countering America’s Adversaries Through Sanctions Act. The Act codified existing sanctions against Russia while imposing some new ones, directly referring to its “illegal annexation of Crimea in 2014, its illegal occupation of South Ossetia and Abkhazia in Georgia in 2008, and its ongoing destabilising activities in eastern Ukraine.”

The Trump administration isn’t oriented by anything resembling the Freedom Agenda. Rather than shared values, it appears to be supporting allies out of rational calculations of interest. Nonetheless, it’s providing Georgia with a great degree of support, especially of the military kind.

That reveals something big—despite changing administrations and shifting foreign policy priorities, Georgia’s strategic importance endures. The country is no longer a beacon of democracy. Instead, it’s an important part of the European security architecture. That may prove a better formula for lasting strategic cooperation.

Does that mean NATO membership will happen under the Trump administration? Not likely. Despite labeling Russia a major threat to its interests, the US recognises that bringing Georgia into the Alliance would come with tremendous risk.

Perhaps more importantly, there’s very little appetite for NATO enlargement on the part of the Western European members. Montenegro was recently accepted into the Alliance, but that country doesn’t share a border with Russia.

Ten years after Bucharest, Georgia doesn’t appear to be any closer to NATO membership. It will have to settle for functional integration for the time being. However, given the strong support provided by the US—even under a president known to be fond of Vladimir Putin—that isn’t such a bad thing.

Joseph Larsen is a policy analyst with the Georgian Institute of Politics in Tbilisi. His research interests are security and regional integration in the wider Black Sea region as well as Georgia’s democratic development. He holds an M.A. in International Relations from Central European University.

Georgian-Russian Relations: Past, Present & Future
The EU & Georgia: What Comes Next?
Comment