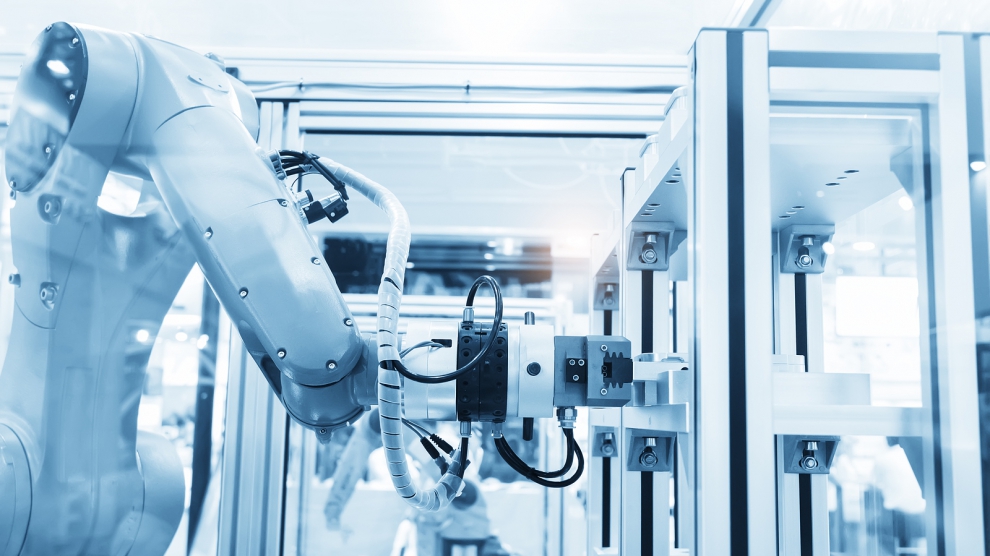 Central and Eastern European spending on robotics and related services will grow to more than 4.2 billion dollars in 2020, according to the International Data Corporation (IDC).

“Growth prospects in CEE have attracted major robotics vendors and integrators,” said Ina Malatinska, IDC CEE lead for robotics technology research. “These robotics players have been notably increasing their service level support in local CEE markets, for instance by opening new office hubs outside capital cities and by bringing the storage of replacement parts closer to customers. This is an important development for the market, should companies increase their reliance on robotic technologies.”

In Hungary, 38 per cent of the population is against automation, one of the highest percentages in Europe.

“In Hungary today, everyone who wants a job can get one. Automation is the only way of remaining competitive and it also helps to shift labour to less monotonous and less hazardous jobs,” Péter Galambos, director at the Antal Bejczy Centre for Intelligent Robotics tells Emerging Europe.

“At the same time, this implies a shift in education, but this is a mid-long term process. The government should invest in the education of people and explain the macro benefits of automation.”

Sometimes it is only a matter of understanding.

“The more people understand the potential benefits of automation the more they will support the concept,” comments Daniel Sirman, executive manager industry at the robotics company ABB in Romania.

“What this technology means is that the types of jobs that people do will evolve over time (as they always have), jobs won’t necessarily be reduced. It’s worth noting that the countries in the world with the highest level of industrial robots per person do not have unemployment issues. Also, the trend in automation at the moment is towards collaborative robotics, where robots work alongside people, in a truly collaborative environment. Carefully managed, automation represents a great opportunity for people,” he tells Emerging Europe.

ABB’s latest automation solution is in the foundry industry, where robots are employed to pick up casts from casting machines. A solution that increases productivity, quality and safety.

According to the international consulting firm McKinsey, the potential for automated activities is highest in middle-income jobs that involve a higher share of predictable and repetitive tasks. It is also likely to accelerate the wage gap between lower-middle income and higher income earners.

The most important advantage automation has, is to significantly decrease the number of errors made in quality or consistency checks. Since machines follow predefined rules and logic, they are less likely than humans to make errors when performing routine tasks.

Automation is also especially efficient at developing and enhancing digital products and services, allowing new coded to be developed in a few hours, enhancing the research activity.

Furthermore, robots can replace humans at dangerous workplaces, such as fuel tanks, when it comes to aircraft maintenance, while drones help firefighters track the spread and severity of forest fires.

Czech hospital bed producer Linet was founded in 1989, after the end of the communist regime. Today, Linet is one of the world’s biggest hospital bed makers, with 900 employees making 500 beds a day. Its devices monitor and collect data on patient health, and can cost as much as a BMW.

Despite these huge numbers, Linet has not been able to employ enough people, with the unemployment rate in the Czech Republic standing at 2.4 per cent, the lowest in the European Union.

“We couldn’t find enough humans. We’re trying to replace people with machines wherever we can,” commented Linet founder Zbynek Frolik.

Many others Eastern Europe’s factories are already well automated. New robot installations in the Czech Republic rose 40 per cent between 2010 and 2015, according to the International Federation of Robotics. Today there are around 101 robots for every 10,000 workers. Slovenia, with 137 units, ranks 16th in the world, immediately followed by Slovakia with 135 units per 10,000 workers.

“Automation arrives at an opportune time for Hungary to achieve long-term productivity improvements that are indispensable to its economic competitiveness and ability to sustain growth. The immediate benefit of automation will be to reduce the growing labor shortage that is creating a bottleneck to economic growth,” reads the latest McKinsey automation report about Hungary.

But it could even be more competitive. Mr Galambos believes that the following steps are required, in order to reach a better competitiveness: education of stakeholders, maturation of the technologies (decreasing cost and risk, widening viable tasks), further increasing HR costs and financial flexibility.

The sector which is currently best suited for automation is vehicle production. But it is not the only one. According to ABB Romania, the general industry segment (such as companies producing metal parts, that use robots for activities such as arc welding and spot welding) are ripe for automation.

“There is also a growing automation trend in the food and beverage industry, to support the increasing demand for capacity and quality, and specialised operations, for which there is a lack of skills, and hence a need for automation,” explains Mr Sirman.

“There are traditionally highly automated sectors such as the food production and packaging industry. However, these sectors are automated through so-called rigid automation methods. Today, other sectors are getting increasingly automated, such as manufacturing (metal casting, inject molding, assembling) as well as the baking industry. I must also mention intra-logistics in every corner of the economy. Autonomous logistics vehicles have appeared in many companies recently and the trend is increasing,” adds Mr Galambos.

“Today, the most crucial issue is the limited availability of human resources. SMEs and corporate businesses are facing a lack of people eligible for quality work at a reasonable price. Therefore, sectors that are traditionally relying on manual work have begun investing in the robotisation of their processes.”