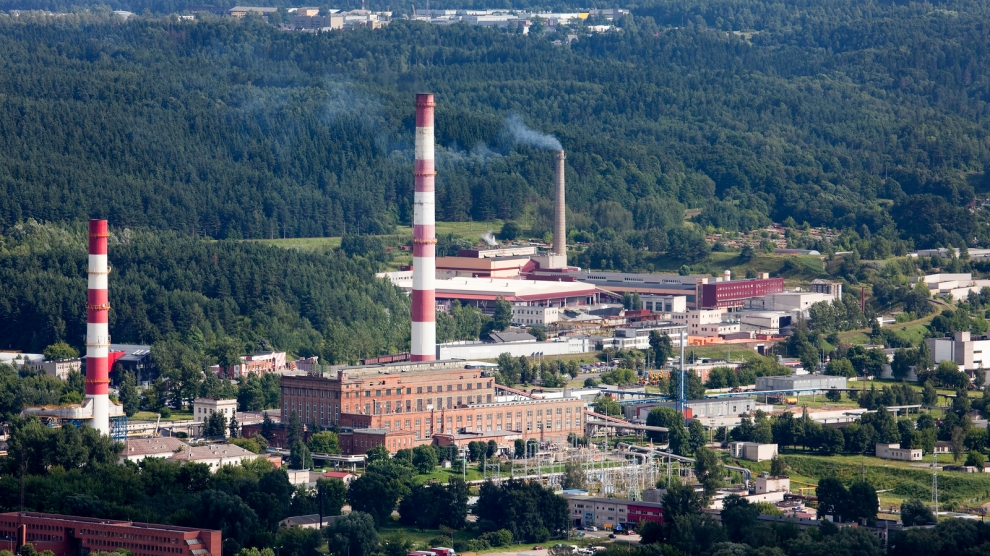 Free economic zones, which offer investors a number of advantages, are just one of the many reasons Lithuanian manufacturing is booming.

According to the Manufacturing Risk Index Report 2018, Lithuania is ranked as the second most attractive location in the world for manufacturing investors. It is notable that in the report, Lithuania is the only European country among the top five, with China, Taiwan, Canada and Malaysia occupying the rest of the four top five places. As such, manufacturing is one of the most crucial parts of Lithuania’s economy. Its business environment, logistics, talents, sustainability and easily accessible services make Lithuania attractive for many international manufacturers.

So what makes the country attractive for manufacturing? The answer is in the skilled workforce, close ties and collaboration between business and education, and the commitment to creating convenient infrastructure which encourages growth in the field. According to a number of different studies, Lithuania offers the market highly-skilled specialists across many innovative fields.

A critical part of Lithuania’s success is proper planning and measured cooperation. The country has a reasonable tax rate, and the government encourages people to graduate technological and mathematical programmes, and around 85 per cent of young professionals speak English, which makes cross-border cooperation easier. The country has strong links between universities and businesses. The universities have a dynamic relationship with local and international companies, with different firms recruiting young professionals directly from universities.

Automotive and aviation are leading the way in Lithuanian manufacturing. The country is becoming a CEE leader in these industries, for a number of reasons. Most important of all is the country’s cost-to-quality ratio, which leaves behind other CEE countries. Secondly, it is that the availability of a wealth of local talent matches market demand: government investing is ensuring that things stay this way.

“Lithuania has for a while has been trying to attract the manufacturers of complex automotive electronics components,” says Virginijus Sinkevicius, the country’s economics minister. “However, even though we are capable of offering everything that is needed for companies in the industry, Lithuania has not been on the radar of investors due to the size of the market and the distance to major car manufacturers. But as the manufacturers of automotive components carry out the most direct foreign investment projects in Europe, a great number of opportunities are now opening up in Lithuania.”

The country cooperates with as many companies as need its assistance. One of the most significant investments in recent times  was made by Continental. The German automotive company has a five-year project, during which time it plans to invest around 95 million euros in Lithuania and create about 1000 jobs. Construction of the company’s first plant started last July, which will produce electronic components for the European market, such as door and seat controls, gateways and units for intelligent window control. The factory is set to open in 2019.

“The market for automotive electronics is surging as the number of in-vehicle electronics systems continues to rise. With the latest addition to our global network of 30 electronics plants, we are continuing to expand our production capacity. This will enable us to meet the growing customer demand even more effectively,” said Dr Hans-Jürgen Braun, head of Continental’s electronics plants.

Besides the convenient environment and ease of doing business, a further significant advantage is offered by the free economic zone in Klaipeda. It was the first tax-free zone in the Baltics, first touted back in 1996 and launched in 2002. The largest duty-free area in Lithuania, it is the country’s fastest growing region, and supports wide variety of local and international companies to promote their business activities. Besides Klaipeda, there are also today free economic zones in five other cities: Siauliai, Panevezys, Kedainiai, Kaunas and Marijampole. The specially designed areas offer companies looser labour laws and tax relief. Lithuania’s free economic zones is home to most of the industries of the region.

One of the companies now well established in the Klaipeda Free Economic Zone is NEO Group. The company, which manufactures 2 PET (Polyethylene terephthalate) production lines and today serves around 300 packing companies across over the 30 countries began operations in Klaipeda in 2004. Today, NEO Group is the second-largest PET producer within the EU, and currently provides approximately 7.5 per cent of all jobs in Klaipeda. Company representatives believe that the major advantage of the country is the expertise and talent of the Lithuanian people. Moreover, Klaipeda is convenient because of its excellent road and rail links, as well as Klaipeda port, which is the most northern ice-free port in the EU.

“This year we completed our most recent investment project, which totalled 50 million euros,” says Ruslanas Radajevas, general manager of NEO Group. “We launched a third PET production line, and in the process created 35 new jobs. The company’s revenue is set to exceed 500 million euros per year, of which 400 million euros will consist of export sales when the new production line comes on stream. This will allow NEO Group to become one of the most important exporters and taxpayers in the country.”

NEO Group is one of a number of local players who have complemented foreign investment. It exports around 80 per cent of its products, with Lithuania’s location – with its flexible and well-developed logistics networks – allowing efficient and cost-effective product delivery to the EU market, especially in the northern part of the continent.

One of the international companies investing in Lithuania is Swiss EuroChem, which has opened a new production plant for highly efficient, water-soluble fertilities. Its Lithuanian subsidiary Lifosa has been part of the EuroChem Group since 2002. It operates in Kėdainiai, one of the free economic zones.

“Kėdainiai is an important industrial centre for Lithuania, and Lifosa is an unrivalled leader in its field and is an active and responsible member of the community. We believe that the company’s investment in its development, and the jobs created, are a significant contribution to the further prosperity of the region. At the same time, we have no doubt that both the new plant and our modern factory will continue to help promote both the city and our country around the world,” said Saulius Grinkevičius, mayor of Kėdainiai.

In the field of technological solutions and innovation, Lifosa is a consistent investor committed to helping industry save on natural resources and expand more efficiently. Manufacturing is not the only reason that Lithuania can boast the largest economy in the Baltics – other areas, not least business services, are just as important. But a sound manufacturing base which continues to develop is going a long way towards creating a genuine Nordic powerhouse.