Georgia is now widely regarded as one of the most business-friendly countries in the world. Dominik Istrate speaks to investors to find out if we should believe the hype.

After a sharp decline in 2015, Georgia’s economy has since managed to return to a steady level of economic growth, reaching 4.7 per cent over the last two years: the country is now on course to become one of emerging Europe’s best performers when it comes to real economic growth. For a country like Georgia to maintain its economic expansion, however, foreign direct investment inflows are crucial. From this perspective, the country has seen its ups and downs: after a five per cent increase in 2016 and a 16 per cent rise in 2017, Georgia saw a huge drop in FDI – close to 35 per cent – in 2018. What the future holds heavily relies on how the country aims to attract international investment.

According to the World Bank’s latest Doing Business Ranking, Georgia is the sixth most business-friendly economy in the world. The two other economies of the South Caucasus, Azerbaijan and Armenia were ranked 25th and 41st respectively, while Turkey was 43rd.

“The country has continued to advance its position in the rankings over the past three years,” says Mercy Tambon, the World Bank’s former regional director for the South Caucasus.

The improvement is due to three key reforms. Firstly, Georgia made it easier to start a business by simplifying administrative procedures such as tax registration or licensing. In addition, the Georgian government introduced legislation that simplified tax compliance procedures and decreased the number of tax returns, making payments easier. Finally, court automation and the introduction of an e-payment system simplified the enforcement of business contracts.

According to Matthias Müller, the managing director for Eastern Europe at Majorel, an outsourcing company with stakes in Georgia, the country really does offer a business-friendly investment climate.

“A lot of support is offered to investors by public organisations as well as private companies in the process of setting up a business,” he says, adding that “a company could theoretically be set up in one business day without any extraordinary effort or cost.”

“We have companies in other countries (the EU and Turkey) and I would not even compare the process in Georgia with them. You can do almost everything in Georgia remotely, and all the procedures are very easy,” Elizbar Lominadze, managing director of MGMtex, a women’s clothing manufacturer, tells Emerging Europe, noting that in Georgia the company was registered in 10 minutes. 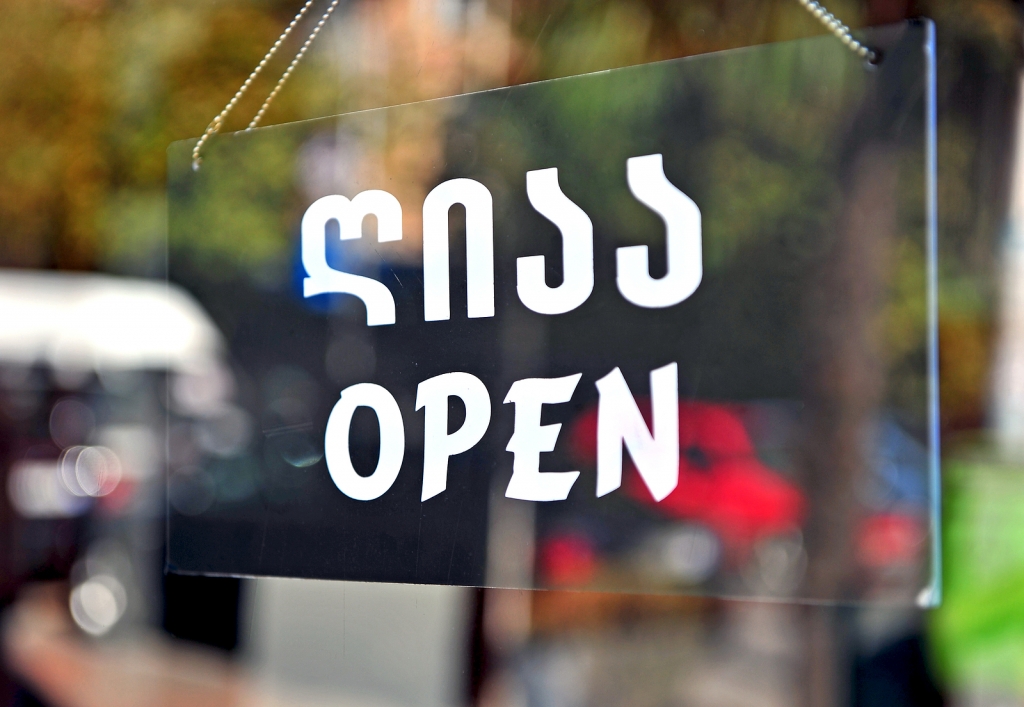 From the business perspective, being ideally located between Europe and Central Asia remains an important factor for companies to choose Georgia as their investment destination, particularly because the country has a strong orientation not just towards Europe, but to European standards. “It is also helpful that the rules and processes of doing business are aligned to how things work in the European Union,” Mr Müller says.

Another important factor those having invested in the country take into account is labour, of which Georgia has great reserves. Even though unemployment is at a 15-year low, it remains above 10 per cent.

“Georgia is an attractive location for us because the workforce is very enthusiastic, well-educated and enjoys working for international brands. In addition, the labour market for service centre employees in Germany [where the company is also present] is currently very tight, while in Georgia we are able to recruit a sufficient number of highly qualified employees,” Mr Müller continued, concluding that “there is a good price-performance ratio in Georgia and we see doing business there as a great opportunity for growth.”

A star reformer with challenges ahead

“Georgia’s story is one of success. In spite of numerous challenges, the country has managed to do well,” Jan van Bilsen, the International Financial Corporation’s regional manager for the South Caucasus tells Emerging Europe, adding that the deep reforms the country has undertaken in economic management and governance have earned it the reputation of “star reformer.”

Georgia has built the most resilient economy in the region, positioning it well to cope with external challenges,” Dimitar Bogov, the European Bank for Reconstruction and Development’s (EBRD) associate director and regional lead economist says, referring to the Georgian government’s efforts to continuously broaden the country’s economic base, diversify its exports, as well as to maintain proper macroeconomic and financial policies.

The resilience Mr Bogov refers is about to be tested. On July 8, in reaction to protests in Tbilisi against the ongoing Russian occupation of Abkhazia and Tskhinvali, Russian president Vladimir Putin imposed a ban on all flights to Georgia, in an attempt to block Russian tourists, who make up the greatest share of Georgia’s international visitors – from travelling to the country. It is a significant challenge for an economy whose growth is heavily reliant on tourism and foreign investment.

“In order to remain in pole position in attracting FDI Georgia should ensure that the business climate is favourable and that there are opportunities in the country worth investing in. It is about continuously advancing public infrastructure, including stepping up the development of multi-modal infrastructure which would enhance Georgia’s role as a regional hub,” Mr Bogov suggested, noting that initiating reforms in the country’ education system would be a good step forward.

He also stressed that the government needed to ensure that institutional and governance standards continue to develop in a way which is “conducive” to the development and growth of the private sector. “This includes further reforming the justice system, continuing to advance public services and ensuring independence of economic structures and institutions from undue political influences at all times,” he added.

According to the IFC’s Mr van Bilsen, Georgia has largely been successful in attracting FDI in the financial and infrastructure sectors, while investments in the manufacturing and agribusiness industries were lagging behind. “Refining investment incentives will be important to bring more investment into those export-oriented sectors with high added value,” he says.

There are also a number of sectors with the potential to better integrate Georgia with the regional and global economies, but as van Bilsen puts it, “there is a skills mismatch that needs to be addressed.”

The IFC regional manager believes that Georgia’s agriculture – beyond its flourishing wine industry – remains modest, but that the potential to increase agricultural exports to the EU exists. To achieve this, “domestic food producers will need to adopt stronger food safety standards and need to link into regional or global value chains,” he says.

While the Georgian economy faces other challenges, such as low productivity or weak international competitiveness, Mr van Bilsen believes that “a liberalised economy, a generally favourable business environment, a wealth of natural endowments, and a prime geographical location, combined with an extensive network of free trade agreements,” remain key strengths and opportunities the country could benefit from.

“From our perspective, investing in Georgia is good business,” he concludes.

ICT in North Macedonia: Never more important
For some in Romania, the president’s religion is a problem
Comment