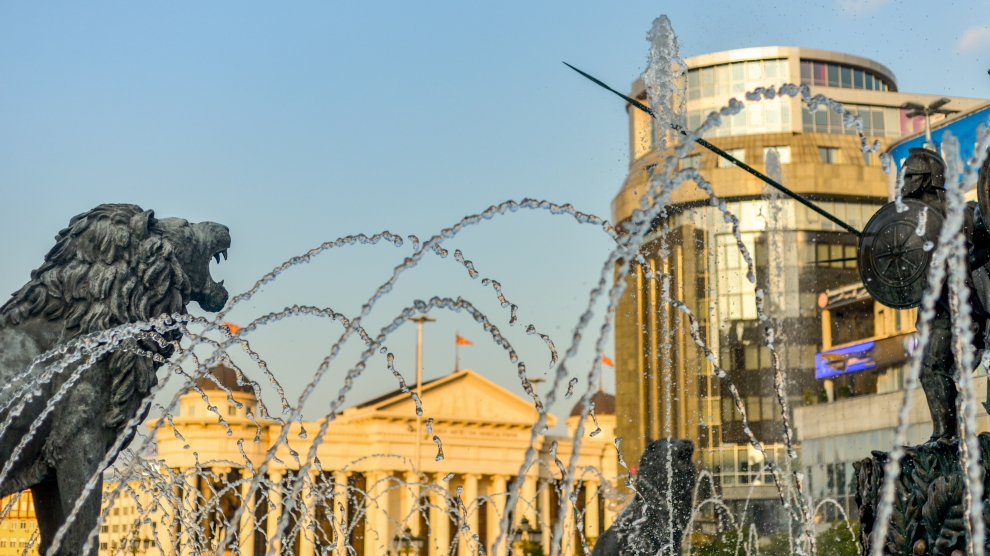 The Prespa Agreement, which ended a three decade-long dispute with Greece over the use of the name Macedonia, has propelled North Macedonia into the international limelight, with investors eager to make the most of the political and economic stability the agreement brings. NATO membership – no longer blocked by a Greek veto – is likely by the end of 2019, and while EU accession remains a longer-term project, it is nevertheless a key target for the country’s government. Investors already appear to like what they see.

“The country is well-positioned to seize the opportunities that EU accession can bring,” says Marco Mantovanelli, country manager North Macedonia for the World Bank. “Its early market-oriented reforms, openness to trade, and prudent macroeconomic management have created an environment of economic stability that has attracted private investment and boosted exports, particularly in manufacturing. In the last two decades, its economic growth was among the most stable in the Western Balkans, income per capita doubled, and the country moved from low-middle- to upper-middle-income status. Its strategic geographical location on two pan-European corridors, Corridor VIII and X is also a major asset.”

The World Bank’s vice president, Georgina Baker, visited North Macedonia earlier this year and has been keen reiterate the bank’s support for the country, which it views as holding key importance in the Western Balkans region.

“Our goal in North Macedonia is to create economic opportunities, support European integration and facilitate development by strengthening the private sector’s role in the economy,” she tells Emerging Europe. “Since 2001, we have invested about 400 million US dollars in North Macedonia, supporting private companies in the energy, telecoms, and pharmaceuticals sectors, among others. In addition to our direct investments, we have also implemented a number of advisory programmes to facilitate development of the country’s private sector potential.”

As Mrs Baker explains, North Macedonia has made good progress in attracting foreign direct investment, especially into its manufacturing sector. “However, many local firms are struggling to integrate themselves into the global supply chains of large foreign companies,” she says. “We think overcoming this challenge will provide North Macedonia with great opportunities for growth, job creation and further foreign investment.”

The World Bank’s Mr Mantovanelli believes the North Macedonian government’s policies should be directed to facilitating horizontal measures which will benefit all companies and provide an equal playing field for development of a vibrant private sector. Selecting particular sectors for growth is always difficult and risky, he says, as the ongoing technological revolution is changing the business landscape fast.

“Selecting the winners of today as the sectors of tomorrow might lead to a gross misallocation of public resources,” he tells me. “Economies that have successfully remained competitive for long periods have built their capabilities and provided a sound business enabling environment that allowed the private sector to adjust to market competition and opportunities over time. Creating a business friendly environment, implementing efficient and transparent state aid programmes for export competitiveness and innovation, unlocking product and network market regulation, easing labour market restrictions, and ensuring efficient delivery of public services is critical. Building on past success, the country must continue attracting FDI, but it also needs to ensure that new FDI nurtures exports with more local content. This requires both adjusting the FDI attraction strategy and building the capabilities of domestic firms.”

Mr Mantovanelli agrees with Mrs Baker about the importance of exports.

“It is beyond doubt that a small, land-locked economy such as North Macedonia cannot sustainably grow without relying on exports,” he says. “Local firms will need help to build up their capabilities for innovation and adoption of technology to be better integrated in the region and beyond, and to build local links to FDI. Finally, agriculture, a lagging sector but a major employer, has considerable potential for productivity growth and exports once current subsidy mismatches and an underdeveloped land market are corrected.”

To help with this, in June the World Bank entered into a new partnership with the government to support development of the country’s industrial/manufacturing sectors, by advising local private companies on ways to improve their operations and better meet international standards – this will allow them to integrate into the regional supply chains and provide better value added services.

The IFC is already excited about the impact of its work in North Macedonia. A 10 million-US dollar loan it provided to Tutunska Banka is helping the lender provide long-term funding to small and medium enterprises, which are vital to the North Macedonian economy.

“We also made an investment of eight million euros in Key Safety Systems, which helped finance the construction of a factory that produces airbags in Kičevo,” says Mr Mantovanelli. “This is a relatively underdeveloped part of North Macedonia with an unemployment rate of about 30 per cent at the time of IFC’s investment. Not only did our contribution support foreign direct investment, it has created about 1,300 jobs. And we are very pleased to see that more than 70 per cent of these new jobs were provided to women.”

While in recent years there have been promising examples of growth and innovation among firms in North Macedonia, the innovation ecosystem and firms’ capabilities to innovate need to improve if the country is to increase productivity and generate sustainable economic growth.

“Available measures of management and innovation capabilities rank firms substantially below the country’s aspirational peers,” says Mrs Baker. “These measures include managers’ skills and willingness to delegate authority, firm-level technology absorption, the capacity to embrace disruptive ideas, the sophistication of production processes, the proportion of people engaged in research and development, and the overall propensity to innovate. Business entry density (the number of newly registered companies per 1,000 working-age people) fell from 6.6 in 2008 to 3.9 in 2016, the latest data available. Business reviews of domestic firms in North Macedonia have concluded that firms need to improve in the areas of business strategy, marketing and promotion strategy, technical and safety standards, lean manufacturing and continuous improvement, corporate governance, and developing long-term visions with concrete improvement plans to increase their competitiveness.”

For some in Romania, the president’s religion is a problem
Europe must keep up sanctions pressure on Russia
Comment