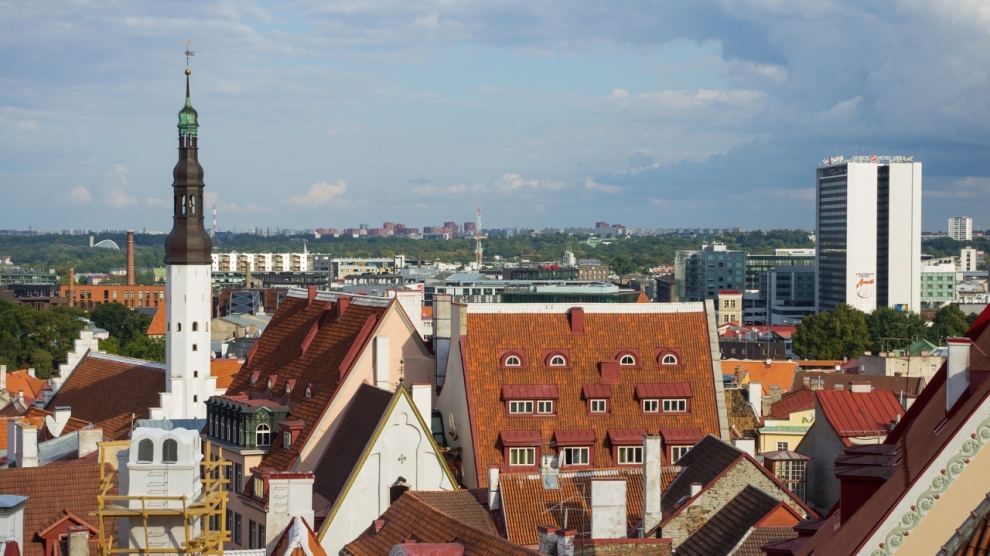 Estonia is in the last month of its EU presidency. Having called itself the ‘digital presidency’ it is not surprising that many of the themes of this past month are digital: progression on the taxation of the digital economy and the free movement of data, approval of an ecommerce VAT package, and an agreement on further steps to develop 5G networks across Europe.

“We have to finalise several decisions we have been working very hard on over the course of the Estonian presidency,” said Klen Jäärats, director for EU affairs at the government office. “Our aim is to facilitate as many agreements as possible between member states on bills concerning the organisation of the electricity market. We also plan to reach an agreement on bills regarding accessibility and the coordination of social security. In negotiations with the European parliament, we also wish to make progress on laws that concern the recruitment of skilled workers from third countries, and the creation of a system for EU travel information and laissez-passer documents,” he added.

Estonia also led negotiations on an agreement to establish the Permanent Structured Cooperation (PESCO), signed on December 11, with 25 EU member states participating. PESCO will allow countries to work more closely together in the areas of security and defence. This permanent framework for defence cooperation will allow willing and able member states to develop joint defence capabilities, invest in shared projects, and enhance the operational readiness and contribution of their armed forces.

Digitalisation has always been a priority for the Estonia. The country’s National Statistical Office reports that in 2017, 11,096 people applied for e-residency, 827 more than the number of babies born in Estonia in the same year. At this rate, by 2021 Estonia will have 150,200 e-residents, mostly coming from the UK.

But it is not yet risk-free. In November, the government blocked 760,000 ID cards, due to security vulnerabilities.

“The functioning of an e-state is based on trust and the state cannot afford identity theft happening to the owner of an Estonian ID card,” said Prime Minister Jüri Ratas. “As far as we currently know, there has been no instances of e-identity theft, but the threat assessment of the Police and Border Guard Board and the Information System Authority indicates that this threat has become real. By blocking the certificates of the ID cards at risk, the state is ensuring the safety of those ID cards.” Standard & Poor’s (S&P) recently gave Estonia a long-term sovereign rating of AA-, with a stable outlook. The AA- rating by S&P is the highest rating assigned to Estonia by an international rating agency. According to S&P, Estonia’s rating is supported by the state’s strong institutions, European Union membership, the flexibility of the Estonian economy and strong state finances.

In order to improve the country’s rating, it would be necessary for Estonians’ incomes to approach the eurozone average and for fluctuations in GDP growth and inflation to be reduced. Estonia’s economic development is accelerating thanks to investment growth and the reinvigoration of construction activity, which is supported by the current EU financing cycle.

“In the long term we need to move towards more sophisticated export structures,” Minister of Economic Affairs and Infrastructure Kadri Simson tells Emerging Europe. “More investment in R&D and intangibles are one of the keys to accelerated economic development. In 2018 there will also be an income tax reform, that will increase internal consumption which also contributes to the acceleration of economic growth” she adds.

A major risk — also identified by S&P — is a shortage of labour.

“The most important issue in the short term is the lack of a skilled workforce. The unemployment rate is below the historical average and the number of employed people is at record levels. It is very hard for companies to expand,” the Minister comments.

“Despite having the highest rate of startups pro capita, Estonia is facing a brain drain, skilled and talented people are leaving, which is affecting our competitiveness,” Allan Selirand, director of Investment Agency Enterprise Estonia tells Emerging Europe. “We are not competitive on labour costs,” he says “but for the skills and the capacity of our resources.”

In order to develop the country’s competitiveness, there is a need to attract more people from other countries, not only in Europe, and to develop existing projects.

“The most competitive sector is currently ICT,” Mr Selirand says. “We have enough people enrolled in universities, but then the gap is more evident when they need to really work. Nowadays there is no even need of people with programming degrees because it can be taught to them, even if they are not good at programming.”

Even with a massive brain drain, Estonia ranks 12th in the World Bank’s Doing Business Index.

“I have been operating in Estonia as an entrepreneur for the past seven years and will continue doing so in the future as this is one of the most convenient places on earth to run your business,” Pavvo Pauklin, CEO of Netcorp tells Emerging Europe. “The easiness of handling all company related operations online (including communication with the office and signing documents electronically) really saves a lot of time and makes your physical location irrelevant,” he continues.

Since 2011, Netcorp has provided software development services and outsourcing consultation, with an almost 100 per cent success rate in their projects.

“It is fairly easy for a foreign investor to operate in Estonia – among its advantages are simple tax system, low levels of bureaucracy, reliable and widely used digital systems, ease of acquiring various permits, treaties for avoidance of double taxation with over 50 countries and so on. Foreigners can buy real estate just like locals, and buildings are not subject to real estate tax,” Toomas Prangli, co-managing partner at Sorainen tells Emerging Europe.

“The e-residency initiative lowers the threshold of bureaucracy even further, meant as it is to establish and administer a company online, independent of the owner’s location. At the same time, Estonian e-residency does not solve all problems. One major issue is that banks, facing their own pressures for fighting money laundering and terrorism, have increasingly refused to open bank accounts for foreign e-residents,” he says.

According to Netcorp’s Mr Paulkin, there are three factors which make Estonia a great place to do business: ease of running your operations online, language skills – it’s easy to run your international business since English proficiency is very high – and an adaptive nature – Estonia is a small country which is by nature compelled to adapt to the outside world.

“Therefore it is very likely that it will be one of the fastest adaptors to new technology trends and business models which drive today’s world. And that includes regulations. For example, this goes for enabling self-driving cars, regulating cryptocurrency related issues, regulating (drive) sharing economy services (Uber and such like) and AI related issues. The captive nature enables Estonia to be a good testing ground. Its home market is very small to be considered as a primary market. However, the small size and willingness to adapt enable it to be a great place to test business concepts of all kind,” he says.

“Estonia cannot be a mass scaling outsourcing centre like Romania or India. Estonia is just too small for that. But in my opinion, it has been able to become a smart and quality outsourcing destination. By that, I mean that Estonia has a big competitive edge in areas where business ethics, proactive thinking and problem-solving skills are crucial. That’s the niche where Estonia will continue to succeed in coming years,” Mr Paulkin concludes. “There’s no doubt that Estonia’s environment is attractive to foreign investors. It is a politically stable country with an open, market-based economy,” Sorainen’s Toomas Prangli continues, referring to the legal market.

“Any investor will find numerous advantages in Estonia. First, it is well-known as a global front-runner in IT and has been dubbed the world’s most advanced digital society. Second, the country’s tax system is simple and has zero per cent corporate income tax on retained or reinvested earnings for companies. Third, the country boasts an educated labour force, with more great people to come to the market. At the same time, salary levels remain below European average,” he says.

But recent tax reforms introduced by the new left-wing government have not been supported by the business community.

“While the new government has not shaken the foundations of Estonia’s liberal market economy, it has taken several tax initiatives. Among them have been proposals to introduce new taxes on inter-group loans, car pollution, sugared drinks and alcohol. Granted, many of those proposals have been pulled back, but they have left the business sector feeling insecure about the future. It seems that the decades-long political agreement of not experimenting with taxes has been abandoned, albeit not yet on the fundamental level,” Mr Prangli explains.

“Perhaps the main reason for foreign investors to think twice before entering Estonia is a simple fact that the country’s internal market is tiny, and so is its stock market. For companies who could use the country as a testing ground, this would, in turn, be convenient. Entrepreneurs active in Estonia are used to thinking outwards right from the start,” he concludes.

From January 1, 2018, Bulgaria takes the reins of the European presidency. The Bulgarian minister in charge of the Bulgarian presidency, Liliana Pavlova, said that for her country, preserving and strengthening the unity and the solidarity among member states would be key.

On one hand, it will continue the digital single market promoted by Estonia, on the other hand, it will also focus on compromises in areas such as migration and the future of cohesion policy.

“The Estonian presidency was successful. In our hearts we had a clear wish that our presidency would result in a slightly better Europe that is more hopeful, more unified and balanced,” Prime Minister Jüri Ratas said.

“We are smarter, more experienced, and more confident than before. We have learned, and made efforts, and we have done it. And what is perhaps most important — we are better understood in all of Europe, and we have more friends than before,” he concluded.