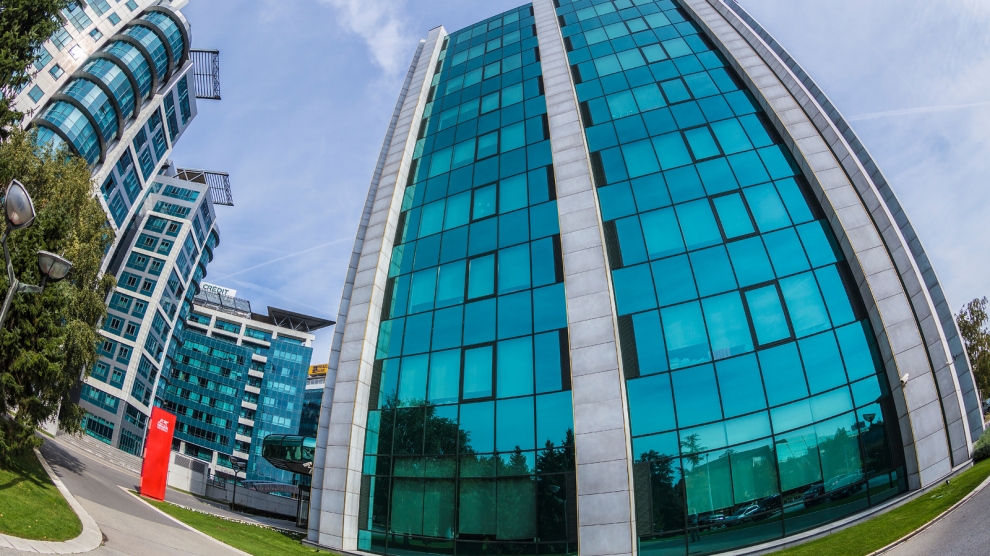 Serbia is establishing itself as a market attracting an increasing number of foreign direct investments (FDI). According to data from the National Bank of Serbia, the gross inflow of FDI has been rising since 2014, and 2017 has seen a peak of 2.5 billion euros in FDI – an increase from just under 2.1 billion euros in 2016. The Minister of Economy Goran Knežević stated that the increase in investment is the result of the country’s improved business climate. Despite not being a member of the EU and being on the receiving end of external political pressure to resolve its dispute with the authorities over the border in Priština, as well as additional pressure to orientate its foreign policy interests towards either the EU or the Kremlin, Serbia experienced a GDP growth rate of 1.87 per cent in 2017, according to World Bank data.

The German-Serbian Chamber of Commerce (AHK Serbia) belongs to the network of German foreign trade and industrial chambers with 130 offices in 90 countries. Emerging Europe spoke to Martin Knapp, Executive Member of the Board of Directors of AHK Serbia. He praised the Serbian leadership, stating it “made a clear commitment to the country’s accession to the EU and is working consistently towards this goal,” therefore supporting the mission of AHK in maintaining strong business relations between Germany and Serbia. Serbia’s willingness to convergence with EU norms was echoed by Rastko Petaković, a senior partner specialising in M&A, competition law and business regulation at the Karanović & Nikolić law firm that advises investors. Mr Petaković stated: “On its path towards the EU, [Serbia] is implementing policies and regulations aimed at closer aligning its framework to that of the EU. With low inflation rates, stable GDP growth, and low business costs, it is full of opportunities for foreign investors considering market entry.”

It is no surprise that corruption is an issue that affects the entire Balkan peninsula and is a factor that hinders further FDI in the region. The EU’s Western Balkan Strategy published in February 2018 recognises corruption as a problem that continues to hinder the strengthening of the rule of law, and the region’s path towards EU accession. The problem of corruption is not unique to Serbia, as echoed by the organisations Emerging Europe spoke to.

Mr Petaković emphasised that there are no “Serbia-specific legal or bureaucratic hurdles and corruption.” He added that the state seeks to make the climate more competitive for investment by reducing regulatory barriers and pointed towards the World Bank’s Doing business survey as evidence of this. The survey places Serbia 43rd out of 190 countries for Ease of Doing Business. Nonetheless, more corruption-related barriers still need to be overcome: the EU strategy states that “the negotiating frameworks for Montenegro and for Serbia [for their EU accession] place particular emphasis on the need for rule of law reforms to be addressed early in the negotiations” and that the EU ought to make greater use of the leverage it has in the accession process.

A general presumption of corruption

Martin Knapp points out that, although corruption is often mentioned in relation to South-eastern Europe, concrete examples are hardly ever given, making it much harder to understand the problem. He, too, emphasises that the problem of corruption is not unique to the Balkans: “There is also something like a ‘general presumption of corruption’. Many people in south eastern Europe imagine that almost everyone but themselves is corrupt,” he adds. This has undoubtedly hindered the effectives of the state administration and bureaucracy, as “civil servants frequently don’t have the courage to openly support an investment proposal, even if they believe that it would be good for the country.”

TMF Services, an Amsterdam-based multinational professional services firm that provides accounting, tax, HR and payroll services to businesses operating on an international scale, has stated that Serbia has made the process of starting a business significantly easier. Thanks to government reforms, it takes less than 12 days to form a new corporate entity. However, bureaucracy remains an issue: TMF state that “trading across borders is both a costly and bureaucratic process, taking almost two weeks to both import and export goods. It costs 1,455 US dollars to export containers and requires seven documents to be prepared, in contrast to 1,660 US dollars to import and seven documents.”

He stated that Serbia offers “a strong combination of attractive investment characteristics”, due to the established democratic process supportive of foreign investment. Regarding the mining industry, “Serbia is a very favourable place to be,” he adds. “The country offers a skilled and productive labour force and costs remain competitive.” Road and rail infrastructure is widespread, but will need upgrading to meet the needs of Rio Tinto’s mining project in Jadar – a unique deposit near the town of Loznica. It contains jadarite – a new lithium sodium borosilicate mineral and Jadar is the only place in the world where this mineral can be found.

Serbia’s EU prospects are undoubtedly a factor contributing to foreign business interests in the country. EU membership will offer Serbia the world’s largest market and is already the destination for two thirds of Serbian exports. Andrew Latham adds that the EU is also expected to be “the second largest market worldwide for electric vehicles and we are seeing increasing interest from European auto makers to gain a secure feed of battery materials.” Mr Petaković of Karanović & Nikolić recognises Serbia’s candidate status as an advantage over EU members in the region, namely Slovenia and Croatia. He states that Serbia is exempted “from what investors see as the strictness of EU laws, yet it affords them a sufficient measure of legal security to invest in this market.”

However, brain drain is an ongoing problem affecting all of emerging Europe, and Serbia is no exception. EU membership may affect foreign businesses’ access to talent in Serbia, as an increasing number of young and qualified professionals will seek employment in EU member states with a higher standard of living. When asked about the issues surrounding businesses’ access to talent, Mr Knapp of AKH Serbia emphasised their commitment to dual vocational training – a system used in Europe’s German-speaking countries which combines apprenticeships in a company and vocational education at a vocational school in one course. “The Serbian Government has understood how important this issue is. Since November, we have a law introducing dual vocational training”, adds Mr Knapp. “Such things as the Vocational Training Act show in particular, how consistently the government is working to improve the environment for local and foreign investors.” And it seems this law will contribute to the already promising situation of Serbian talent: “There is an abundance of talent in Serbia, and this is evidenced in the recent investments in R&D facilities by some of the largest multinationals, such as Microsoft and Continental,” says Mr Petaković. The investments in staff training that companies in Serbia have made, especially tech-heaving businesses, has delivered high returns in terms of innovation and productivity.

Despite positive trends in FDI in Serbia, the country still has undoubtedly a lot to do. There are concerns regarding the rule of law and state bureaucracy affecting the potential of Serbia’s economic growth. The issue of Kosovo may not be of direct interest to many investors, especially those who have praised Serbia’s business climate, but should Belgrade and
Priština reach a workable agreement, the former will be one giant step closer to EU membership, which will increase the country’s market potential even more, and thus attract more
businesses.