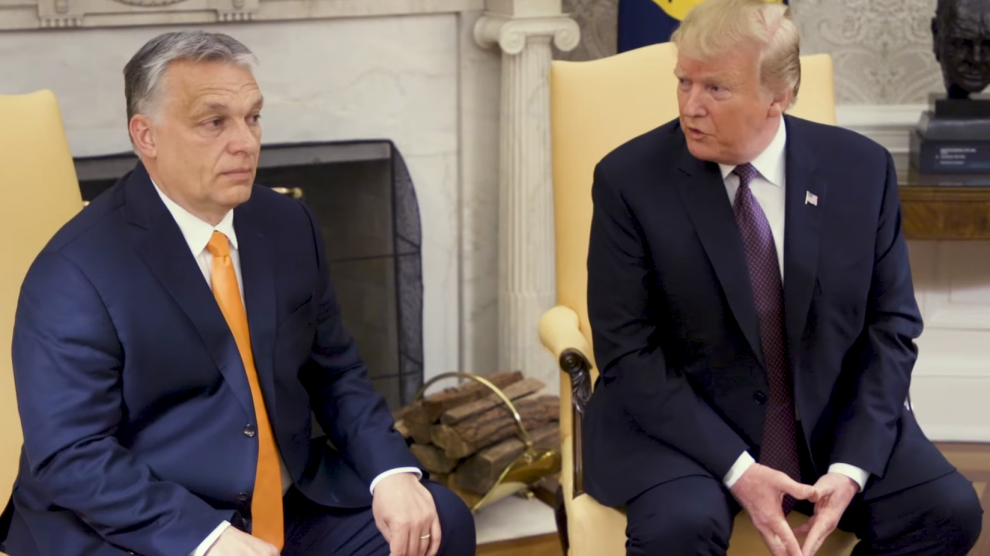 After waiting almost two and a half years, Hungary’s nationalist prime minister, Viktor Orbán has finally made it to the White House. The long-awaited meeting of the Hungarian PM and US president Donald Trump on May 13 is a reinforcement of US Secretary of State Mike Pompeo’s visit to Budapest in February. This time, however, the focus was rather on the two leaders, not their countries.

Here are four takeaways to show the results of the talks and an outlook on bilateral relations.

After the US president’s invitation of Mr Orbán to Washington was announced, there was speculation among Hungarian commentators as to whether or not the US government would come out against democratic backsliding in Hungary. As widely expected, the two leaders focused on fighting illegal immigration, an issue that is important for both of them from the view point of domestic politics.

Considering that the Hungarian PM is actually only the 22nd European leader and the last of the four Visegrád leaders to be invited to the White House since Mr Trump took office, one might argue that the visit is not a real achievement. However, viewing it from Mr Orbán’s perspective, it is undoubtedly a huge diplomatic win. When asked about Hungary turning into an authoritarian regime, the US president came out in fully supporting the Hungarian leader. “Well, people have a lot of respect for this prime minister. He’s a respected man. (…) And you look at some of the problems that they have in Europe that are tremendous because they’ve done it a different way than the prime minister,” Mr Trump said, giving the Hungarian leader exactly what he wanted: the avoidance of a real discussion on Hungary’s rule of law and a focus on migration instead.

2. The Hungarian opposition was also in town

On the same day the two leaders met, Péter Márki-Zay, an independent Hungarian mayor, who is running a new opposition movement in the country, was hosted by the State Department. Although this meeting took place at a visibly lower level, it signals that the US remains cautious on how much they can really cooperate with Mr Orbán and his government.

“Our negotiating partners were asking if [Mr] Orbán signs an agreement, will he hold himself to it or not,” the opposition politician told the Hungarian press, adding that questions made by the State Department officials were mainly directed at Hungary’s deepening relations with Russia and China.

Aside from the administration, the US Congress has also raised its concerns. The president’s endorsement of the Hungarian leader comes after senior Democrats and Republicans in both the US House of Representatives and the Senate, including former Republican presidential candidate Marco Rubio, demanded that Mr Trump should raise the issue of Hungary’s crackdown on democracy and its deepening relations with Russia. Although this has not happened, the State Department’s interest in hearing the opposition out suggests that there is a different approach how the president and lower-ranking members of his administration approach Hungary, with CNN also noting that cosying up to the Hungarian leader “was exactly what the president’s advisors were worried about”.

While no major announcements were made during the press conference, bilateral negotiations, especially in the areas of trade and defence, continue. Prior to the Washington visit, Direkt36, a Hungarian investigative journalist unit, reported that Hungary would sign major arms and energy deals with the US. Citing US ambassador to Hungary David Cornstein, Direkt36 wrote that negotiations have been underway to sign an arms agreement worth one billion US dollars, adding that Hungary could also reduce its dependence on Russian gas by starting to import it from US terminals in Romania and Croatia.

“We have strengthened the strategic relations binding the two countries in terms of the economy, foreign policy and security,” Mr Orbán told the Hungarian state media after the meeting, not excluding that his visit to Washington will soon be followed by concrete agreements in the future.

Mr Orbán’s visit to Washington is the latest confirmation of how the US president has changed the country’s policy towards the Central and Eastern European region compared to the previous administration of president Barack Obama. Following in Mr Trump’s footsteps, his government is also looking to strengthen relations with the region, however, the overall approach is much more about geopolitics, especially regarding the growing influence of Russia and China in the region, and less about identical political ideologies.

“The point of this meeting is simply to reinforce the strategic relationship between NATO allies, the US and Hungary, not necessarily to thrash out every issue on the bilateral agenda, which we have been doing constantly for the last two years,” a senior US government official summed up the American approach to CNN, adding that concerns about democracy have also been “well-covered”.

While the negotiations will continue in the background, transactional diplomacy is expected to dominate on the surface, with the US trying to keep Hungary as close as possible instead of neglecting the country and letting it fall into Russian arms.