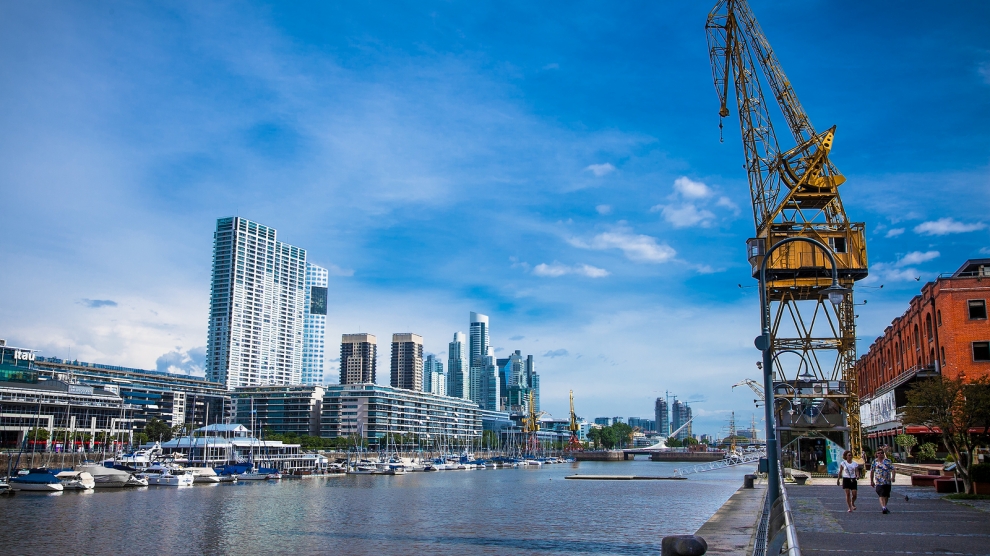 After 20 years of negotiations, the European Union has reached an agreement with the Mercosur states (Argentina, Brazil, Paraguay and Uruguay) for a more comprehensive trade deal.

The goal is to remove existing barriers and help EU firms, especially smaller ones, to export more. But many issues are threatening to torpedo the deal before the ink is even dry. While governments in the Mercosur countries, particularly in Argentina and Brazil, are trying to move away from decades of populist economic policies, those same policies are now expanding in Central and Eastern Europe – especially in Poland and Hungary. A potential no-deal Brexit poses further risks, which could lead to increasing protectionist demands.

“On the EU side it is a demonstration of leaders willing to play by the rules in contrast to nationalist ideas, while on the Mercosur side it is about finally moving away from inward-looking trade policies,” Julio Nogues, a member of the Academia Nacional de Ciencias Economicas Argentina told Emerging Europe.

On opposite sides of the Atlantic Ocean, however, there are issues. Brazil is apparently neglecting environmental issues while several countries, including Slovakia, are threatening to block the deal altogether.

According to the European Commission, the EU is Mercosur’s number one trade and investment partner. In 2018, exports of EU goods to Mercosur totalled 45 billion euros, while services amounted to 23 billion euros (2017 figures).

The outgoing president of the European Commission, Jean-Claude Juncker has called the agreement a win-win deal.

“I measure my words carefully when I say that this is a historical moment,” he commented at the end of June. “Through this trade pact, Mercosur countries have decided to open up their markets to the EU. This is obviously great news for companies, workers and the economy on both sides of the Atlantic, saving over four billion euros worth of duties per year. This makes it the largest trade agreement the EU has ever concluded.”

The EU-Mercosur region-to-region agreement will remove the majority of tariffs on EU exports to Mercosur, making EU companies more competitive in the region. The EU agri-food sector will benefit from Mercosur slashing existing high tariffs on EU export products, including chocolates and confectionery (20 per cent), wines (27 per cent) and spirits (20 to 35 per cent).

“The EU-Mercosur agreement is a fair and balanced deal with opportunities and benefits on both sides, including for Europe’s farmers,” said Phil Hogan, European Commissioner for Agriculture and Rural Development. “Our distinctive, high-quality EU agri-food products will now get the protection in Mercosur countries that they deserve, supporting our market position and growing our export opportunities. This agreement also presents some challenges to European farmers and the European Commission will be available to help farmers meet these challenges.”

As regards EU industrial sectors, the deal will help boost exports of EU products that have so far been facing high and sometimes prohibitive tariffs, such as cars (tariffs of 35 per cent), chemicals (up to 18 per cent) or clothing and footwear (35 per cent).

Hungary, the Czech Republic and Slovenia will benefit the most as their exports are heavily concentrated in automotive parts (like piston engines), data processing, electronic and electrical machines.

In the case of Hungary, mechanical parts make up 71.7 per cent exports to Argentina, its main South American partner. Regarding Slovakia, automotive parts, electrical machinery and vehicles account for almost all exports to Latin America, with 50 per cent entering Argentina’s market. Similarly, exports from the Czech Republic to the Latin American countries are heavily concentrated in automotive parts and electronic products (40-50 per cent).

However, not everyone is happy.

“I wouldn’t say [the trade agreement] it is extremely important for CEE, but I would rather say it is marginal or even dangerous for some sectors,” explains Sandor Gyula Nagy, associate professor at the Institute of World Economy of Corvinus University in Budapest.

“Most of Hungary’s exports are high value-added products, which may receive a positive incentive with the FTA. Regarding the import, however, cheap Argentinian/Brazilian wine, beef and chicken/egg, may lower prices in the EU, which is not positive for European agriculture, if the EU does not prepare producers for stronger competition,” he tells Emerging Europe.

Slovenia relies the heaviest on Mercosur partners. With 184 companies exporting to Latin America, Mercosur is Slovenia’s ninth biggest trade partner outside the EU.

At the same time, despite Mercosur being only Poland’s 11th biggest trade partner, the value of Polish exports amounts to 597 million euros, the biggest of the region.

But Poland represents a particular case since the structure of its trade products is more mixed. Argentina imports mainly capital and consumer goods, while Brazil also imports chemical products and fuels.

Brazil is on fire

An important chapter of the agreement is that dedicated to sustainable development and the conservation of forests. Through the agreement, the EU and Mercosur are committed to effectively implementing the Paris Agreement on Climate Change, working towards the transition to a sustainable low-carbon economy.

But 2019 has seen over 10,000 more fires than the Brazilian Amazon has seen on average over the past decade.

France, Ireland and Slovakia have threatened to vote against the trade deal unless Brazil takes its environmental obligations more seriously.

However, the new EU ambassador in Brazil, Ignácio Ybáñez, doesn’t believe that the three countries will stop the deal from happening

“We have been negotiating the agreement for 20 years, which is a commitment to the future between the two regions, so it is not true to think that parliaments will react against specific things,” he commented.

That said, Slovakia is taking the issue very seriously.

“The way Brazil has lately been treating the Amazon rain forest is unacceptable,” said Slovakian Agriculture Minister Gabriela Matečná. “The European Union must use all ways available to make Brazil change its attitude. We should stop the import of agricultural products and food that are not produced in accordance with European environmental standards and animal welfare.”

“The environmental and human rights issues are valid, and the FTA treaty has several points regarding these,” adds Mr Nagy. “The problem will be the fulfilment and control of these in South America. And if there is a violation of these paragraphs how can the treaty be enforced? The short term effects of the Amazonian fires cannot be neglected, at least in the eyes of public opinion, especially because the Green parties are strong and coming up in Europe. And the Greens may try to block ratification in the EP or at national parliaments to win sympathy and votes if the Brazilian and Paraguayan authorities and politicians do not take enough concrete steps regarding environment and human rights protection. Mercosur is a big (and relatively closed) market, the European firms need to sell and create income.”

Slovakia is only one of those countries that might vote against the deal. Argentina itself could also be backing out.

“Given the likely outcome of the upcoming presidential election in my country, I am pessimistic about Argentina’s future congress passing the agreement,” laments Julio Nogues.

Six candidates are running for the presidential elections that will take place in Argentina on October 27, but two of them are emerging as possible winners: incumbent president Maurico Macri, and Alberto Fernández from the Peronist political party.

“Unfortunately, it seems, Alberto Fernández will not be interested in an FTA with Europe. That could delay the entry into force of the treaty by four-eight years,” Mr Nagy says.

After four years of a market-friendly presidency, fears of a return to populism in Argentina have intensified. But for Mr Nagy, that’s not a risk in emerging Europe.

“I don’t think that in CEE economic policies are getting more populist,” he says. “Political discourse is another question, but economic policies, no. In general the EU-Mercosur FTA is a political tool to show the world that there are still countries which value free and fair trade. In general we may state that the winners will be the Mercosur agricultural producers and European industry. Obviously the potential losers will be European agricultural producers and the small, inefficient industrial producers of Mercosur countries. However, the total effect of the FTA will be less than one per cent of the GDP (in the long term), which is not really significant.”