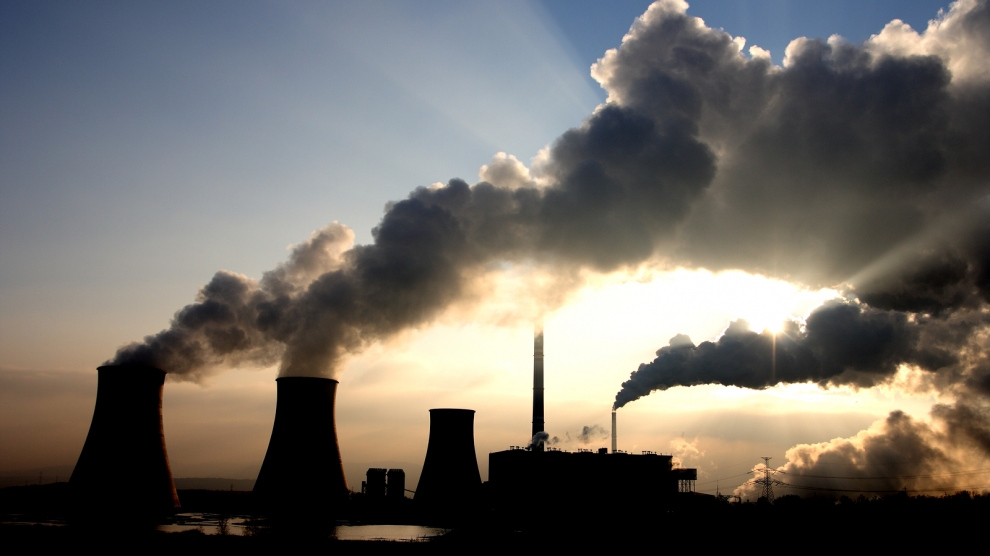 Despite the promises made at the 2015 Paris climate agreement, global carbon emissions increased 1.7 per cent in 2017 and a further 2.7 per cent in 2018. While nuclear energy has long been viewed as a clean alternative energy source that can be produced locally, safety concerns persist. This has forced some countries to look at natural gas as a bridging fuel, able to connect us to a future of energy independence and sustainability. Gas is not without its own issues, however.

The myth of energy independence

“We are trading all kind of things and energy is only one of these,” he told Emerging Europe at the launch of his 2019 World Nuclear Industry Status Report.

“It helps to have gas from the EU itself but it has been an importer of energy for a long time, and in the future it will continue to be, in the form of natural gas and later renewable energy from sunnier and windier places,” he says.

For Francis Perrin, senior fellow at the Policy Center for the New South and at the French Institute for International and Strategic Affairs, a more realistic goal for EU countries is not energy independence but a reduction of dependence.

“The European Union in general, and France in particular, will remain dependent on natural gas imports for a long time,” he told Emerging Europe. “France is importing 99 per cent of its gas needs and for the whole EU the corresponding proportion is about 66 per cent. So another goal is to diversify sources of supply as a means of increasing energy security.”

From 2020 onwards the EU will for the first time import gas directly from the Caspian Sea region (in particular from Azerbaijan) and it will start using other sources such as liquefied natural gas (LNG) from the US and the Eastern Mediterranean.

“In the longer term the EU intends to reduce its dependence on fossil fuels in order to fight climate change. This ambition implies a very important increase in energy efficiency and a huge development of renewable sources, in particular wind and solar energies. But this will take a long time,” Mr Perrin continued.

According to the latest data from the European Commission, crude oil is by far the EU’s largest imported energy commodity (70 per cent), well ahead of natural gas (19 per cent).

Russia was the largest supplier of natural gas to the EU, both in 2017 and 2018; the only other partners with a significant share in total extra-EU imports were Norway, Algeria and Qatar.

“The European Union has gone part of the way to diversifying its energy supplies in the last decade, since supply cuts along our eastern borders left thousands of families freezing during the winter as our industries struggled to maintain production,” Pete Harrison, executive director for EU Policy at the European Climate Foundation, told Emerging Europe.

“It is time for the EU to fully embrace the energy security benefits of decarbonisation,” says Mr Harrison.

German Chancellor Angela Merkel has always been considered a fighter against climate change but recent developments suggest the opposite. Germany is one of the main promoters of the Nord Stream 2 pipeline that will deliver Russian gas to Germany via the Baltic Sea.

The World Nuclear Association has claimed that Germany would be on track to meet its targets if it had prioritised closing coal plants instead of nuclear plants. To avoid missing its targets in 2030, the government has unveiled a 54 billion euros package that includes measures such as establishing an emissions trading system which will set a cost for carbon dioxide produced by fuels in transport and heating.

Germany’s environment minister Svenja Schulze described the package as a “new beginning for Germany’s climate policy.” For Greenpeace, however, the tax is “ridiculously low.”

“The grand coalition cannot protect the climate,” commented Martin Kaiser, head of Greenpeace Germany. “Both the CDU and SPD lack the moral responsibility and the political courage to secure our future. Even after months of negotiations, Chancellor Merkel provides only a bundle of measures that are miles behind the obligations of the Paris Climate Agreement.”

“The new imperative is to aim for zero greenhouse gas emissions. But the package only collects individual measures to meet a short-term target, without a clear vision how to phase out fossil fuels completely,” added Niklas Höhne, founding partner of New Climate Institute and a professor at Wageningen University.

In fact, Germany relies on natural gas for 26.5 per cent of its energy consumption, one of the reasons it has backed Russia’s Nord Stream 2 pipeline.

Expected to be completed by early 2020, Nord Stream 2 will deliver 55 billion cubic metres of natural gas each year, producing some 106 million tons of CO2 emissions, as well as methane, a by-product of burning gas considered to have 120 times more impact on the atmosphere than CO2.

The EU’s 2050 energy strategy aims to reduce greenhouse gas emissions by between 80 per cent and 95 per cent compared to 1990 levels. However, there are almost a dozen planned or under-construction gas fields and pipelines (by 2025) on the continent.

“It is important because these two energy sources are competitors in the power sector,” he says. “In order to fight climate change it would be useful to substitute gas for coal in this key sector because it would reduce CO2 emissions by 50-60 per cent. This would not be enough of course, but gas can be a part of the solution at a worldwide level.”

However, carbon emissions happen across the full life cycle of natural gas, particularly during extraction, infrastructure construction, transport, and storage. Pipelines can also break, leading to leakages of methane.

“Gas is only slightly cleaner than oil and coal, and the problem of methane leakage could do away with any relative climate benefit,” says Mr Harrison. “But investors should think twice about putting their money into any solution and infrastructure that is not compatible with the zero-carbon economy that is needed to avert dangerous climate change and which nearly all European governments have committed to by 2050. Just last month, the European Investment Bank suggested to end all fossil fuel related investments after 2020, including natural gas.”

According to Austrian gas company OMV, a Nord Stream 2 partner, compressed natural gas (CNG) is currently the most affordable way to reduce emissions in road traffic.

“Today, 23 per cent less CO2, 75 per cent less nitrogen oxide and almost no particulate emissions are pretty persuasive stats in favour of CNG,” reads a statement sent to Emerging Europe. “And if we were to replace coal with natural gas across the whole of Europe, we would be able to cut 50 per cent of total CO2 emissions in the field of power generation. This makes natural gas the ideal partner for renewables.”

Europe’s dependence on Russia’s gas is not a concern only for the environment, but it also reflects political issues. After all, energy is political.

“The key issue is that, with this project and with the Turkish Stream, the EU would increase its dependence on Russian gas and on Gazprom, which is not in line with the goals of the Energy Union,” said Mr Perrin.

And while importing gas from Russia, the EU risks to importing its political influence as well. In fact, the European Commission has not approved Gazprom’s project, not least because Russia remains under EU sanctions due to its support for separatists in Ukraine. The EU has made policy changes to subject Nord Stream 2 to the EU’s regulatory umbrella and these reforms are currently being challenged by Gazprom at the European Court of Justice.

Many countries in Eastern Europe, particularly Poland, the Baltic States, and Ukraine, oppose Nord Stream 2, partially because of expectations of a loss of transit fees and partially because of fears that their economic and physical security would be jeopardised were the project to be completed.

Gazprom claims that avoiding Ukraine, the pipeline would insulate Europe from unexpected breaks or cuts in gas supply, such as those that occurred in the peak demand season in 2005-06 and 2008-09. But it was actually Gazprom itself which cut off supply in response to Ukraine’s move to divert gas to the European Union through domestic pipelines. The cutoff immediately affected countries such as Hungary or Germany, which are heavily dependent on Russia’s imports.

The same Germany that, according to R. Andreas Kraemer, director emeritus of the Ecologic Institute in Berlin, wants to be the sole broker of Russian gas in Europe, thus now alienating countries to the East.

“Of course, there will also be geopolitical aspects of the energy transition, as the Netherlands and Europe have relied on imports of many sources, not only gas,” said Mr Kleiburg. “In the shorter term gas has a role to play because it is pushing coal and oil out of the economy but in the longer term, it will face competition from renewables.” 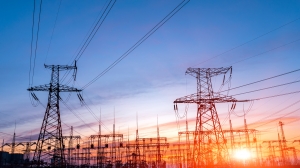 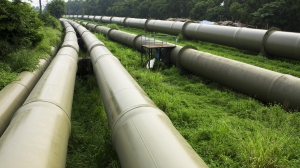 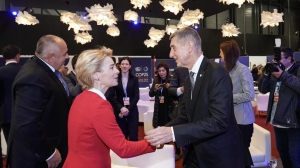