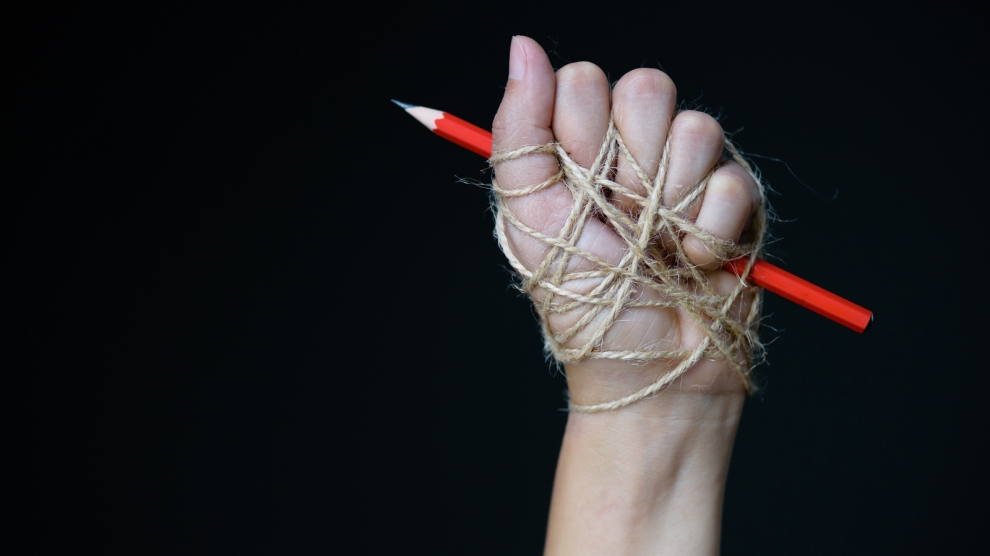 A huge question mark has been placed over the status of press freedom in Bulgaria following the brutal rape and murder of journalist and reporter Viktoria Marinova on October 6. Ms Marinova was the host of a talk show called Detector that offered a platform for investigative reporters. Her murder shocked not only Bulgaria, but the international community. Bulgarians have conducted memorial services and vigils across the country and high-profile international media outlets, such as the BBC and New York Times, have covered the story, arguably more than Bulgarian national television itself, which has taken to half-heartedly referring to the case as the “murder in Ruse”, rather than the “murder of Viktoria Marinova” or the “murder of the journalist”.

Ms Marinova was the fourth journalist to be murdered in the EU – the third journalist investigating corruption scandals – in the last two years. Swedish reporter Kim Wall was killed by Danish inventor Peter Madsen after boarding his homemade submarine to do an interview in Copenhagen in August 2017. In October 2017, Maltese journalist Daphne Caruana Galizia, an anti-corruption activist who investigated money laundering in her country, was killed by a car bomb near her home. In February 2018 Slovak investigative journalist Ján Kuciak and his fiancée Martina Kušnírová were shot dead in Bratislava.

Ms Marinova had been reporting on the arrest of Bulgarian journalist Dimitar Stoyanov of Bivol and his Romanian colleague Attila Biro from the investigative platform Rise Project. The pair had been detained by local police near the town of Pernik for investigating the burning of documents relating to a corruption scandal involving EU funds to companies related to the Bulgarian consultancy firm GP Group. The scandal came to be known as the #GPGate scandal.

Bulgarian officials have condemned the murder of Marinova, but they were also insistent that there was nothing to suggest that she had been killed because of her profession: “It is about rape and murder,” stated Mladen Marinov, the interior minister, a view that was shared by Prime Minister Boyko Borissov. They claimed there was no evidence that she had been threatened, and noted that her car keys, her mobile phone and parts of her clothes were missing.

The arrests of Stoyanov and Biro and the subsequent murder of Ms Marinova appear to confirm that Bulgaria’s media has long been captured by the political and economic elite that has, in practice, run the state since the 1990s. In Bulgaria there is a saying that “every state has its own mafia, but our mafia has its own state.”

Bulgaria ranks a lowly 111th in the 2018 World Press Freedom Index, the lowest of any EU member and below all of the Western Balkan states seeking to join the Union. The Index states that “[c]orruption and collusion between media, politicians, and oligarchs is widespread.” One of the core reasons behind Bulgaria’s woeful position is media mogul and MP Deylan Peevski. He is the owner of the New Bulgarian Media Group and, in practice, owns about 80 per cent of print media distribution in Bulgaria – effectively a monopoly. The government’s allocation of EU funding to certain media outlets is conducted with little to no transparency, in effect bribing them to go easy on the government in their reporting or refrain from covering certain problematic stories altogether. The Index adds that “It can prove dangerous to be a journalist in Bulgaria.” The murder of Ms Marinova is proof of that.

The Union of Bulgarian Journalists (UBJ) expressed its grief at the murder in a statement: “The brutal murder of the journalist Victoria Marinova in Ruse has shaken our entire society. Information is still scarce, but the quick reaction in Bulgaria and abroad again highlights the issue of journalists’ protection in the free, dignified and safe exercise of their profession … Once again, we urge the National Assembly [the Bulgarian parliament] to pay attention to the proposals of the UBJ for legislative changes in defence of journalistic work and media freedom that have been filed one year and three months ago in the Parliamentary Committee on Culture and the Media, but there has been no result so far. We are firmly demanding that the punishment for attacks on journalists be increased, and to define it in the Criminal Code as a crime – threats, injuries, murders, etc. The protection of journalists and the guarantee of the security of every citizen is an integral part of the foundations of democracy.”

Whilst the Bulgarian authorities have been quick to boast of an arrest (in Germany), Prime Minister Borissov has argued that, by depicting the victim as an investigative journalist, the Western media “changed her biography, as well as the reality in Bulgaria.” Borissov snapped at foreign media, claiming it is a “dirty campaign against Bulgaria” and in a meeting with dignitaries from 36 countries in Bulgaria, and called on them to take into consideration any official or state information regarding the murder before making such claims. It is likely that what sparked such a reaction from Borissov was a tweet by Manfred Weber, Leader of the European People’s Party in the European Parliament, in which Mr Weber suggests the murder was linked to her profession. The Council of Europe’s Commissioner for Human Rights, Dunja Mijatović, called for international scrutiny of the investigation of the murder, as did multiple other international organisations, such as the International Press Institute.