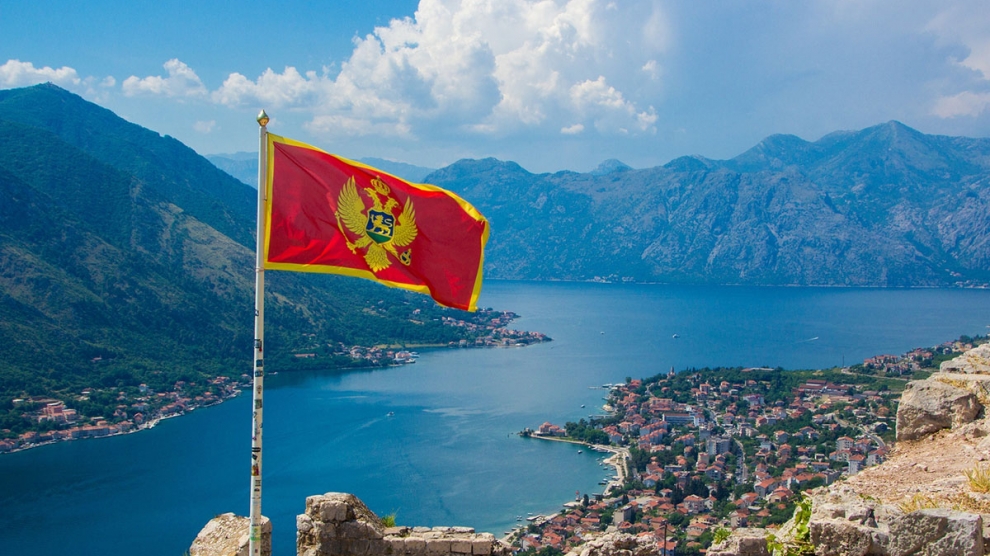 After being on the political scene for more than 25 years, Milo Djukanovic is again the president of Montenegro. Although the post of president is largely ceremonial, the re-election of Mr Djukanovic does confirm that Montenegrins are set on joining the European Union, something which might happen in 2025.

However, the latest EU report on Montenegro claims that there were have been irregularities at polling stations, and that urgent steps need to be taken in the fight against crime. The attack on Olivera Laki, an investigative journalist for the Montenegrin newspaper Vijesti – shot a few days ago outside her home – raised new concerns as to the status of the country. Is Montenegro really ready to enter the European Union?

“Milo Djukanovic and [prime minister] Dusko Markovic are extremely deceptive political figures and I would not put much store in what they are saying,” Filip Kovacevic, a deputy professor at the University of San Francisco and expert on East-Central European and Eurasian affairs, tells Emerging Europe.

“The historical record shows that they have always said what their Western interlocutors wanted to hear. I don’t believe that Montenegro will enter the EU while Djukanovic is in power. They will never give up their illegally acquired monopolies which is something membership of the EU would require. So long as Djukanovic is in charge, EU membership is a pipe dream, no matter what he or anybody else from the ruling party says.”

As Mr Kovacevic points out, the main opposition candidate Mladen Bojanic also advocated EU membership in his presidential campaign: membership is not the exclusive domain of the re-elected president.

“If we take a look at the historical record, we will see that Djukanovic has had very good relations with the [Valdimir] Putin regime for years and that Russia invested heavily in Montenegro before and immediately after independence,” continues Mr Kovacevic. “Budva, for instance, became known as the little Moscow. It is plausible that, in reality, Djukanovic is playing a double game: overtly working with the West and yet covertly passing on relevant information to the Russians. It would be a mistake for the West to continue trusting Djukanovic.”

The EU has warned Montenegro that the shooting of a journalist will have an impact on the country’s membership bid and urged it to investigate the incident.

“This was clearly an attack on media freedom, on freedom of expression, one of the core values of the European Union and it has an impact on the standing and reputation of the country. It is on our radar screen and we expect a proper investigation,” the EU’s enlargement commissioner Johannes Hahn commented right after the incident, the second time Mrs Laki had been attacked and only the latest in a long series of attacks against media freedom. About a dozen attacks on journalists have taken place over the past 15 years, including the 2004 killing of Duško Jovanovic, a newspaper editor.

In fact, despite some progress, corruption is prevalent in many areas of the country and remains an issue of concern. In the fight against organised crime, there has been progress with the fight against the smuggling of migrants and against drug trafficking. However, further results are needed to produce a convincing track record, in particular in the fight against money laundering and trafficking in human beings.

“Elections in Montenegro are not rigged primarily on election day. They are rigged via the myriad of practices that Djukanovic’s party has instituted in the three decades of its rule – how it controls access to jobs, medical care, educational opportunities and trades them for voting loyalties and support,” Mr Kovacevic says.

“Djukanovic is the head of a vast network that has captured a substantial number of the population. Critics are bought off or silenced by being threatened in one way or another. The anti-corruption mechanisms set up by the regime are intentionally designed not to be effective and the people put in charge are all members of Djukanovic’s clan. In fact, the whole system never had any democratic legitimacy. However, ordinary people accept it because they see no alternative.”

From an economic standpoint, Montenegro appears much more ready to join the EU. Macroeconomic and fiscal stability have strengthened and overall the economy has been growing uninterruptedly since 2013, while the financial sector has improved its solvency and liquidity. The International Monetary Fund (IMF) has said it expects Montenegro’s economy to expand by a real 3.1 per cent in 2018, up from a growth rate of 2.8 per cent projected in October last year.

“Between 2017 and 2019, the Montenegrin economy is expected to grow, prompted by increased investment and development of domestic potential, principally in the construction and transport sectors,” Minister of Economy Dragica Sekulic tells Emerging Europe.

“Further economic development in Montenegro is largely focused on initiated implementation of fiscal consolidation measures – which is one of the greatest challenges. In accordance with fiscal policy, Montenegro should enjoy a budget surplus in 2020. According to the baseline scenario from this year’s Economic Reforms Programme, the average annual rate of real economic growth in the period 2018-2020 will be around 2.8 per cent. This would significantly contribute to the stability of public finances, and bring the expected inflow of foreign direct investment in tourism, energy, agriculture and industry,” added the minister.

According to the World Bank’s 2018 Doing Business Report, Montenegro has improved its score and now stands 42nd on a list of 190 countries, up by nine places compared to last year. To sustain this positive growth, the Ministry of Economy, together with the Ministry of Agriculture and Rural Development and the Chamber of Commerce, have launched a ‘Buy Domestic’ campaign in order to rehabilitate the image of Montenegrin products.

“The idea for launching the ‘Buy Domestic’ programme came from direct conversations and meetings we held with the business sector over the past year. We’ve realised that market barriers, related to the difficulties in marketing domestic products, their visual identity, as well as finding a niche market in which consumers are willing to buy local products, are the main challenges facing domestic companies. Most of them lack the status to position themselves in the domestic market and find a successful way to attract domestic and foreign buyers. No product can be favoured as part of this programme of course: the only prerequisite is that it is produced in Montenegro. It is open to all firms.”

Although the agriculture and energy sector are considered the main priorities of the government, the tourism industry is also booming as Montenegro is becoming an increasingly popular holiday destination, thanks to its beautiful seaside landscape at relatively cheap prices.

“Montenegro is among the fastest growing tourist destinations in the world and the only Mediterranean destination with a turnover whose growth trend is solidly positive. It holds the leading position in the region when it comes to the amount of foreign investment per capita. As part of its re-branding as a ‘best kept secret’ luxury destination, Montenegro has successfully attracted world-wide reputable brands from the industry, such as Regent Hotels – Porto Montenegro, Aman Resorts – Sveti Stefan, One & Only Resorts, Espace Chenot Health Wellness Spa – Portonovi, Chedi Hotels – Luštica Bay, Nobu Restaurant and many others,” adds Mr Jovanovi.

A digital country in the Balkans

Montenegro has also seen positive growth in a booming IT sector, and aims to become the first digital country in the Balkans.

“What is especially pleasing and encouraging is the fact that the dynamic development of new generation networks and services is planned in the current year. Also, according to the degree of digitisation, Montenegro is above the average in the region for all important parametres – coverage and adoption of high-speed broadband, infrastructure development, mobile penetration, efficient use of spectrum. The telecommunications and information technology sector is recognised by investors who are doing business in Montenegro as most favourable in terms of the simplicity and efficiency,” says Mr Jovanovi.

The government recently showed its commitment to supporting new technologies with the with the participation of Mrs Sekulic at the Connecting WB6 to the Pan-European Digital Market panel discussion organised within the Western Balkans Digital Summit.

“Investments in networks and next generation services in Montenegro over the past two years have far exceeded the level of investment in recent years,” she explains. “We can say that private investors in the area of telecommunications recognise the transparency and stability of our investment framework and the willingness of Montenegrin society to accept and use new technologies, and follows global trends of digitalisation. In order to maintain and improve this, we will continue to harmonise our regulatory environment, remove remaining barriers and reduce the costs for development of broadband infrastructure, facilitate access to digital goods and services, and improve digital literacy in order to exploit the potential of the digital economy,” she explains.

According to Milan Mari, director of S&T, an Austrian IT company operating in Montenegro since 2002, the industry is growing, and the government is supporting it as a buyer, becoming more oriented towards IT solutions for example in the field of tax administration and procurement.

“S&T started the e-Government portal in 2009, and we have a contract with the Government until 2020.” Mr Mari says.

“This is a very dynamic and complex solution, with hundreds of e-services already launched on the portal. We have seen that the most intensive business users are tax officers in private companies, as they are obliged to use the service instead of submitting paper tax forms. On the other hand, we have also noticed that the young are using the portal a lot, mostly students and graduates as there are a number of useful services for them,” he tells Emerging Europe.

According to Milan Lazi, partner at Karanovic&Nikolic in Montenegro, EU membership or not, the idea alone of joining 27 countries has brought positive reforms to the country.

“Changes are most visible in the tax system and market availability.,” he says. “However, legal uncertainty has turned out to be the biggest problem for investors, given that the small market and political influence of institutions which cannot be excluded lead to the unpredictability of the legal system.”

High quality of services and Montenegrin international relations made S&T enter the local market. However, according to Mr Mari, it was hard to adapt the firm’s Austrian business model to local norms, adapting to local laws and the ability to work with a limited budget.

“Montenegro should now strengthen the independence of its institutions and their consistency in decision making process. This goal can be achieved through creating a better institutional framework, the nurturing of non-discrimination policy and strengthening the protection of human rights. Montenegro is making a lot of effort in order to implement the acquis communautaire, especially in areas of free movement of goods, foreign and security policy. However, it should continue its work on improvement of the public sector, social policy, the position of the employees, competition and environment policy as well as freedom of the media,” Mr Lazi tells Emerging Europe.