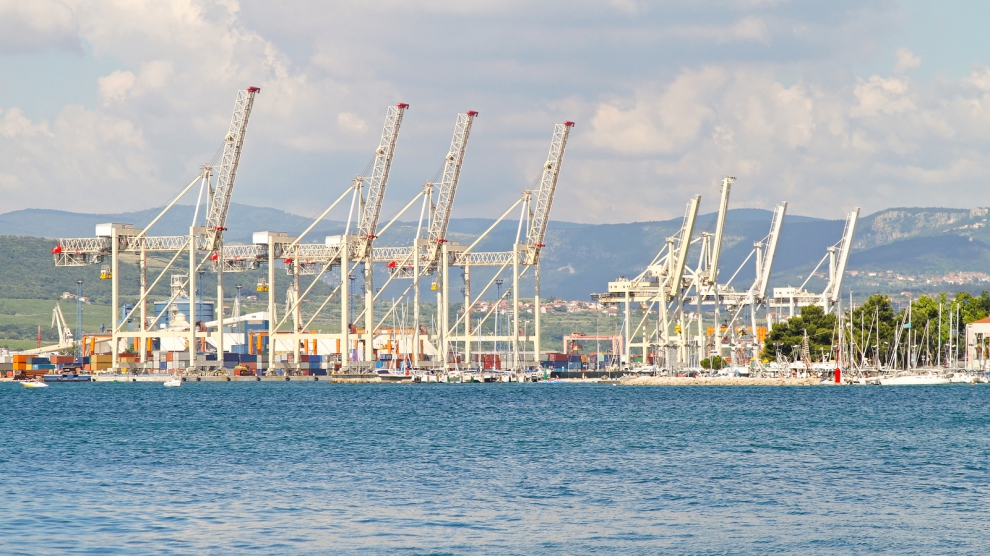 A sense of optimism has taken hold amongst Slovenian businessmen. According to the Institute for Strategic Solutions, many top business executives are looking positively at the year ahead. In the long term however, Slovenia needs to make comprehensive changes to preserve development and prosperity.

Blaž Brodnjak, CEO of NLB, a state-owned bank due for privatisation this year, believes that healthy economic growth can be expected in 2018 unless there are any major global geopolitical shocks. But in the long term, Slovenia should think about ways to change its economy in order to increase value added.

“Slovenia’s economy is based on companies that supply components for export, which is a cause for concern,” Mr Brodnjak noted.

Sibil Svilan, head of SID exports and investment bank, echoed Brodnjak’s view, adding that Slovenia is very dependent on the EU and that the country should diversify its exports. “The competition doesn’t sleep, and unless we react fast, being an export economy we could find ourselves in an unfavourable position,” he said.

Politically, few changes are expected in 2018. President Borut Pahor was re-elected for a second term last year, and remains a man very much in favour of EU integration.

The only real concern is an ongoing border dispute with Croatia, ostensibly resolved at arbitration at the Hague last year but still causing problems in the ground.

“Relations between Croatia and Slovenia are traditionally good,” Gorazd Justinek, executive director at the Centre for European Perspective (CEP) tells Emerging Europe.  “The border issue is the only cause of conflict.”

“The arbitration process is very important not only for Slovenia and Croatia but for the whole region, where a number of border issues remain open,” he says, referring to the disputes between Croatia and Bosnia and Herzegovina, Montenegro and Serbia, and the situation in Kosovo.

“As with Slovenia, a country which sees international law as one of the most important instruments in international relations, there is no doubt that the agreement reached at arbitration has to be implemented and respected. Since Croatia sees the matter differently, it is reasonable to expect that the European Commission should step in, since it too was part of the arbitration process,” he continues.

Neither the border issue, nor the fact that Slovenia relies too heavily on exports represent concerns in the short term.

According to Spirit Slovenia, the state investment promotion agency, the country is opening the way for further development.

“Against the backdrop of sustained if still not buoyant economic growth in the euro area, Slovenia’s fortunes are tied to the growth enjoyed by its main trading partners,” Helena Schlamberger, Spirit Slovenia’s under-secretary tells Emerging Europe.

“The good news is that Slovenia’s dependency on exports to drive its economic prospects has become more balanced over the past few years, boosting its economic prospects for 2018 and beyond thanks to reinvigorated domestic demand. Both private consumption and public spending on major infrastructure projects are expected to support the country’s broad-based economic growth,” she said.

Exports or not, according to the World Bank Doing Business Report, Slovenia’s economy is among the best performing in the Eurozone.

“Slovenia’s GDP growth of 4.5 per cent in 2017 is likely to be more moderate in 2018 with the percentage of economic growth between 3.5 per cent and 4.0 per cent is forecast by the leading international institutions”, she warned.

Slovenia is not yet however the best destination for investments. As reported by the OECD, in 2016 investments represented less than 20 per cent of GDP.

“With inward FDI stock accounting for 31 per cent of GDP, Slovenia is at the level of several ‘old’ EU member states,” commented Ms Schlamberger.

“We have put a lot of effort into attract new greenfield investments. The most recent investment projects included big international business names such as Yaskawa, Magna – to mention just two – who will contribute to integrating our economy into global production chains and creating long-term employment opportunities,” he continues.

“There are two sides to every coin,” Ms Schlamberger notes. “Globalisation has led to workers being laid off in Slovenia as companies once praised as flagships of the local economy move their operations abroad or close down. With the structural changes taking place across the EU economy, companies need a highly qualified, skilled workforce with specific knowledge and, last but not least, the mindset and talent for the new economy.”

“To overcome the gap between the qualifications and skills of the country’s unemployed people and the requirements of high-tech companies in search of workers, the government has put in place a number of programmes designed to boost employment by subsidising employment-related costs such as tailor-made courses and training,” she adds.

According to Ms Schlamberger, Slovenia is well placed to exploit its excellent geo-strategic position, as a small and open economy; the response of its companies to ever-changing customer needs is fast, its public investment will benefit from the renewed disbursement of EU structural funds, and its long industrial tradition coupled with innovative spirit of its people are valuable assets especially when it comes to new technologies and the Fourth Industrial Revolution.

This view is shared by the Austrian logistic company Cargo-Partner which has been present in Slovenia since 1996.

“Cargo-Partner has always seen Koper as the ideal gateway to Central and Eastern Europe,” Christina Hainbuchner, director, corporate communications and marketing at Cargo Partner tells Emerging Europe. “We develop together with our customers and proactively support them wherever they need us.”

In 2017, the company had 93 employees at its offices in Ljubljana and Koper. In the spring of 2018 it will begin the construction of a new iLogistics Center near Ljubljana airport, which will create more than 23,000 m2 of additional storage space, expanding the team in Slovenia to 120 employees.

“The growth of this sector, as well as the growing demands of globalization, make it especially important for companies to differentiate themselves from competitors. At Cargo-Partner, we strive to achieve sustainable growth for our clients as well as for the entire logistics industry. Our motto ‘we take it personally’ means that we treat our clients’ success as our own and create unique solutions tailored to the needs of each customer,” adds Mrs Hainbuchner.

“Over the past several years, our main focus has been on improving our company-wide data and process quality to master the challenges of digitalisation. We realised early on that this would become a decisive factor of success for any international business,” she concludes.

Today, there are about 2,500 companies operating in the logistics sector with 3.6 billion euros in turnover and 1.6 billion euros in export sales. At the same time, major growth has also been seen in the high-tech sector, especially information and communication technology (ICT), energy, and financial services.

“The government is committed to attracting investors by facilitating further both foreign and domestic investment,” says Spirit Slovenia’s Ms Schlamberger. “The fact that companies incorporated in Slovenia can lower their corporate tax base from the general 20 per cent rate by claiming an allowance of up to 40 per cent for investments in plant and equipment is yet another tangible proof of that commitment.”

“In recent years in particular Slovenia has been intensively focusing on building an investor-friendly legal environment,” said Franc Bucik, an attorney-at-law.

“It is easy to start a business in Slovenia. All types of company may be established by any domestic or foreign company or individual. There are no requirements regarding residence or nationality, although certain conditions must be met in order to employ foreign representatives. The minimum paid-up capital for a limited liability company is 7,500 euros. A company can be registered within days,” he tells Emerging Europe.

“Slovenia ranks 37th in the World Bank`s Doing Business and and 46th in the Starting a Business Index. But while it ranks first in the Trading Across Borders Index, it ranks just 100th in Dealing with Construction Permits, 105th in Getting Credit and 122nd in the Enforcing Contracts Index. In my experience, the main reasons for that are inflexible bureaucracy and an inefficient court system,” he explains.