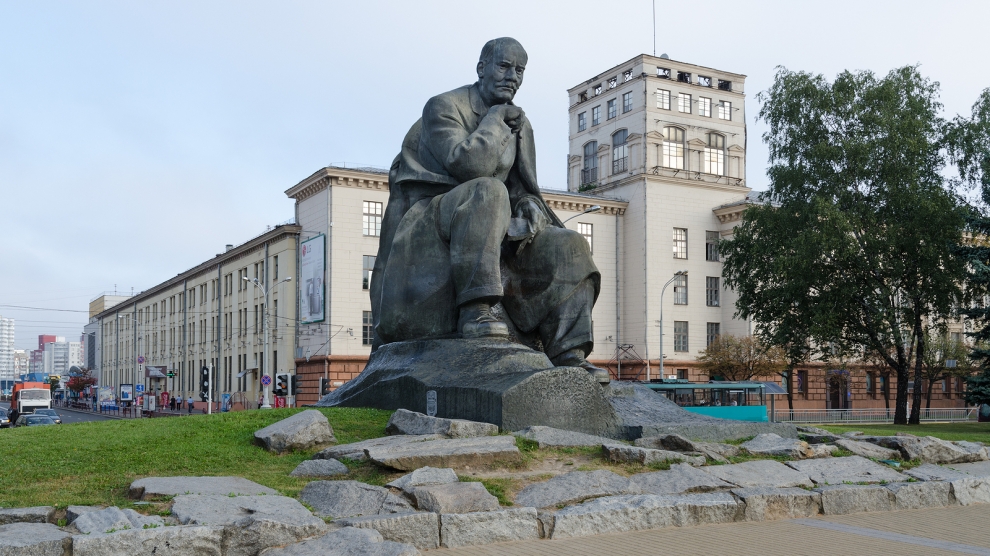 Since the beginning of 2017, when Belarus first allowed visitors from 80 countries to enter the country visa-free, Minsk has seen the policy have a hugely positive impact on the country’s economy. The extension earlier this year of the visa-free period – from five to 30 days – has only served to deepen that impact, so much so that the United Nations has hailed Belarus for its important contribution to the promotion of sustainable development and tourism.

“We have seen an approximately 20 per cent increase in the number of tourist arrivals. This is clearly due to the launch of visa-free travel,” said Andrei Molchan, the director of the tourism department at the Belarus Ministry of Sport and Tourism.

“The visa-free regime is a very important step towards those foreigners who wants to discover and understand Belarus better,” Natallia Nikandrava, a former director of the Belarusian National Agency of Investment and Privatisation (NAIP), tells Emerging Europe.

“We did not expect immediate results that would impact on FDI inflow, so we of course did not prepare any factors analysis. But it is obvious that such measures will have positive impact on the image of the country and on FDI in the long term.”

“Visa facilitation promotes people-to-people contact, cultural and business exchanges and it is an essential part of the Eastern Partnership’s mutual commitment,”adds Andrea Wiktorin, head of the delegation of the European Union to Belarus.

“The EU has highlighted the importance of swift completion of negotiations on visa facilitation and readmission agreements with Belarus on several occasions and the question was also discussed during the recent visit of the Belarus Foreign Minister Vladimir Makei to Brussels,” she tells Emerging Europe.

The new visa-free regime is attracting not only tourists but also is also bringing in foreign investors, allowing them to familiarise themselves with the opportunities that the country has to offer. Among the most promising industries is IT. Although it is one of the youngest of all branches of the Belarusian economy, its success is already recognised worldwide with several of the biggest companies, such as Apple, Intel, IBM, Exxon Mobile, Facebook using Belarusian IT services.

“Belarus has always been famous for excellent engineering schools and governmental support for IT project development, not least the outstanding conditions offered at the High Tech Park where corporate tax rates are zero,” says Mrs Nikandrava.

“The opportunities offered by the park has persuaded 100 new companies to become residents of since the beginning of the year. Now there are more than 300 in total,” she says.

“Infrastructure is only part of the job. The development of fibre optic networks, 4G, digital services is, of course, important. But it is only a small part of the work,” said First Deputy Prime Minister Alexander Turchin at the inauguration of a new ministry: the Ministry of Communications and IT, created to develop the digital economy on a national scale.

“The ministry should primarily focus on digitising the entire economy of the country. The scope of the job should range from Industry 4.0 in the production sector and precision farming in agriculture to creating a full-value digital healthcare system in Belarus.”

Away from the IT sector, 19 more laws need to be passed for the successful implementation of the country’s social and economic development programme for 2016-2020. These primarily concern changes to the Civil Code, a new version of the Tax Code, and amendments to the law on investment.

How all of this will be done it is not so clear, especially since the huge corruption scandal that infested the government and forced President Alexander Lukashenko to sack his prime minister and other key members of the cabinet in mid-August.

Over the summer a scandal rocked the health service, which saw the authorities arrest dozens of top health officials, medics and drug company representatives on suspicion of siphoning off millions of dollars in state funding.

The role of the EU

Belarus-EU relations are currently enjoying a purple patch. Belarus has been participating more pro-actively in the Eastern Partnership, and tangible steps have been taken to respect universal freedoms, the rule of law, and human rights, including fundamental labour rights.

“EU-Belarus relations have developed positively over the past few years and the level of dialogue has increased: since 2016 there have been four annual EU-BY Human Rights Dialogues and four meetings of the EU-BY Coordination Group,” says Mrs Wiktorin.

EU involvement has been Belarus become eligible for EIB lending, the extension of EBRD engagement, the lifting of textile quotas, EU support for the accession of Belarus to the WTO, and the signing of the mobility partnership in October 2016.

“It is also important that at end of January 2018 the OECD announced its decision to upgrade the Belarus country risk rating from seven (least favourable) to six. In May, The European Commissions’s High Representative/Vice-President for Foreign Affairs Federica Mogherini met in Brussels with Foreign Minister Makei to exchange views on cooperation between the EU and Belarus and follow up on the Eastern Partnership Summit held in Brussels last November,” she continues.

In this sense, the European Union and Belarus are working together closely to improve the quality of life of Belarusian citizens. Every year, a series of programmes are jointly carried out across Belarus to create more jobs, develop better conditions and foster new opportunities for all Belarusians.

“The EU is engaged in raising the level of awareness of EU-funded programmes in Belarus (roughly 30 million euros annually). The Together We Make Life Better communication campaign showcases some of the concrete benefits of EU-Belarus cooperation. The campaign aims at showing that EU-Belarus cooperation is not an abstract political concept but actually represents concrete benefits and opportunities for Belarusian citizens,” concludes Mrs Wiktorin.