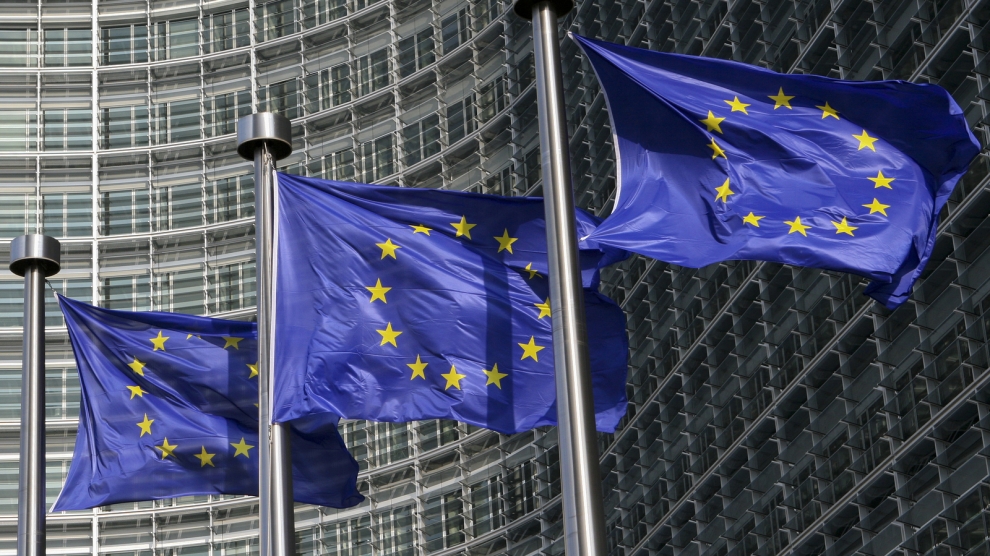 Despite the surge of populist forces in the European parliamentary elections, mainstream parties will continue to dominate the new parliament. With Germany’s Ursula von der Leyen at the helm of the next European Commission, the new EU leadership is expected to slowly proceed with a renewed attempt at deeper integration, a factor likely to be the cause of dissent in emerging Europe.

Elections to the European Parliament brought mixed results for the emerging Europe region. While most of Central and Eastern Europe’s populists came out stronger than five years ago, they failed to become a major force in the new parliament due to the surge of liberal and green parties. At the EU parliamentary level, the loss of the illiberal influence is already visible: a number of MEPs from Poland’s ruling Law and Justice party and Hungary’s governing Fidesz party were prevented from obtaining key positions on the new parliament’s committees.

The next European Commission might be different. The illiberal governments of the Czech Republic, Hungary and Poland all supported the election of Ursula von der Leyen, a moderate Christian democrat from Germany’s ruling party, to head the EU’s top executive body. The votes of their MEPs votes were crucial in her confirmation, given that she barely passed the 374-majority needed to become president-elect.

In her nomination speech, Mrs von der Leyen outlined an agenda that includes a “new burden-sharing mechanism” for refugees, stronger cooperation in defence and border control, an EU-wide minimum wage scheme, strengthening the European Social Pillar and deepening the Economic and Monetary Union. With such progressive goals, clashes with Central Europe’s illiberals seem to be inevitable. The success of these pro-integration proposals, however, will heavily depend on what coalitions the incoming president will be able to build in the European Council and the parliament.

Rule of law remains at the top of the agenda

Mrs von der Leyen also promised to be tough when it comes to defending the rule of law. At the same time, she said the EU should be more understanding with Central Europe and initiate what she called “objective debates”.

The new mechanism she proposes to defend the rule of law has yet to be made public, while critics fear that the president-elect’s softer stance on the CEE region might result in a weaker approach when it comes to defending European values.

Introducing a new way of keeping CEE in check might be key, since the Council of the EU has so far been reluctant to continue Article 7 proceedings, started against Poland in 2018.

“The European Commission, together with the European Court of Justice, will be aiming to constrain Poland via infringement procedures,“ Edit Zgut, a political scientist and guest lecturer at the Centre for Europe at the University of Warsaw told Emerging Europe, noting that she does not expect any major shift in the new commission’s stance on Poland. She argues that so far only infringement procedures – and not Article 7 – were able to slow down the Polish government’s efforts to build an authoritarian system.

“It is time to enforce currently existing regulations, such as Article 142 of the EU’s Treaty of Lisbon, which allows for the suspension of payments in case of systematic violations of the rule of law,” she continued, adding that the EU is already well-equipped “to restrict member states that strive to weaken or undermine the rule of law.”

Pressure is already mounting on the EU to take action. In August, the outgoing commission introduced an additional mechanism to monitor the rule of law in not just countries criticised by EU institutions, but in the whole European bloc, signalling the need for keeping the issue at the centre of attention.

In addition, Finland, now presiding over the Council of the EU, promised to initiate a hearing where the actions of the Hungarian government will also be debated.

“We are aiming at setting up a well-balanced and effective mechanism that will tie EU funding to compliance with the rule of law,” Finnish prime minister Antti Rinne told reporters in July, introducing his country’s EU presidency. If successful, this may result in a significant drop in EU funds for Poland and Hungary, which are already projected to receive less support from the Multiannual Financial Framework (MFF), the EU’s long-term budget, between 2021 and 2028.

“The past few years have shown that the European Union does not have an adequate tool to handle challenges regarding the rule of law in a country that is already a member of the EU,” said István Ujhelyi, a Hungarian MEP of the Socialists and Democrats Group in the European Parliament who argues that the Council of the EU and the European Commission should implement “a new tool which is capable of protecting the EU budget – by interrupting payment deadlines, reducing pre-financing or suspending payments, but without jeopardising the final beneficiaries’ access to the funds.”

“In the current MFF (2014-20), the Central and Eastern European region has been a great beneficiary, with Poland alone receiving 100 billion euros, more than 10 per cent of the EU budget. Due to rapid growth and convergence, this is bound to change,” László Andor, a former EU Commissioner for Employment, Social Affairs and Inclusion told Emerging Europe.

He noted that agricultural and cohesion funds, from which Central and Eastern European countries have greatly benefitted, were likely to decrease as budgetary priorities might shift towards funding migration management, climate action, innovation and research. “Mrs von der Leyen should launch not only a rule of law conditionality, which is difficult to trigger due to its politicised nature, but also a serious review of shared management and introduce direct or assisted management where needed,” he added.

“I want to reaffirm the European perspective of the Western Balkans and I see an important role in the continued reform process across the region,” Mrs von der Leyen has said. While she expressed strong support for securing the European path for the six countries in the region wishing to join the bloc, the decision of the EU heads of state and government in June to postpone the start of accession talks with Albania and North Macedonia came as a major blow to the procedure.

“For us, the Western Balkans is not the backyard of the European Union, but the inner courtyard,” Michael Roth, Germany’s minister of state for EU affairs said following the EU Council’s decision, trying to reassure Europe’s partners in the region.

Re-engaging with the Western Balkans states will be a major challenge, as some EU leaders such as Dutch prime minister Mark Rutte or French president Emmanuel Macron remain sceptical about accepting new members. “I will refuse any kind of enlargement before a deep reform of the way our institutions work,” Mr Macron said in July.

The new EU structure will also have the chance to renew its commitment towards the Eastern Partnership (EaP), the bloc’s policy initiative involving Armenia, Azerbaijan, Belarus, Georgia, Moldova and Ukraine. “It might take some effort to ensure that the EaP stays high on the agenda of the European institutions. Much will depend on the profile of the next commissioner who will be responsible for the EU neighbourhoods. The review of the European Neighbourhood Policy, of which the EaP is part, would also be timely,” said Natalia Yerasevich, director of the secretariat of the EaP Civil Society Forum.

“If the EU wants to preserve its strategic partnership with the EaP region, it should move away from carrot and stick logic and strengthen cooperation with democratically minded constituencies,” she continued.

After the EU’s failure to recognise the European aspirations of Georgia and Ukraine at the 10th EaP summit in May, it will now be up for the new EU leadership to deepen political and economic cooperation where applicable, as well as to take a firm stand against Russia over its actions in the common neighbourhood.

Europe must keep up sanctions pressure on Russia
Rudy Giuliani’s anti-Biden agenda: the spanner in the works of America’s support for Ukraine?
Comment