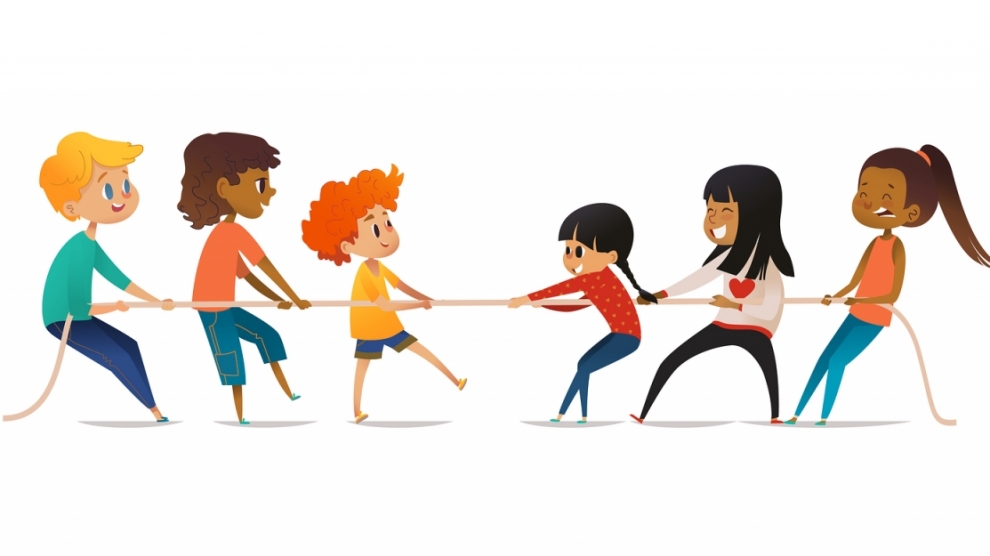 “If we’re too tough, we’re unlikable. If we’re too soft, we’re not cut out for the big leagues. If we work too hard, we’re neglecting our families. If we put family first, we’re not serious about work. If we have a career but no children, there’s something wrong with us, and vice versa. If we want to compete for a higher office, we’re too ambitious.” So writes Hillary Rodham Clinton in her new book analysing What Happened in the 2016 presidential election.

As much as she is right about how women are still perceived in society, the fact that she is a woman was probably one of the less critical reasons why she is not a resident of the White House. Or else, Europe, including emerging Europe, is far more liberal than 21st century America.

The Old Continent had its Iron Lady in the UK in the 1980s, and has its Mutti in Germany now. Amongst the 23 emerging European countries, there are now three female presidents: in Croatia, Estonia and Lithuania, and one prime minister — in Serbia, who is openly gay. The first female prime minister in the region — Milka Planinc — became the head of the Yugoslav government in 1982. Emerging Europe’s first female head of state — Vaira Vīķe-Freiberga — was elected in Latvia in 1999.

What is it that women here in Central and Eastern Europe have, and how has the legacy of communism affected their situation?

Beata Nagy, professor at Corvinus University in Budapest and the author of Female Managers, the first book about female leadership in the CEE region, gives an example of scholarships that were only available to women, to encourage them to progress.

“For many years during socialism, young girls and women in these countries were encouraged to study or find employment in ‘typically male’ sectors, such as construction, engineering, and others” Boriana Manolova, CEO at Siemens Bulgaria tells Emerging Europe. “The idealised image of the working woman, engaged in hard physical work along with her male colleague, was used for ideological propaganda, but no real equality was achieved. After the political transition, the gap in fact deepened and only in recent years have we started to objectively evaluate the contribution of women to the labour market and to society,” she says.

According to Eurostat, in 2015 there were 3.9 million students throughout the 11 emerging Europe countries which are members of the European Union, with women accounting for 57.3 per cent. This compares to the EU average of 54 per cent. In countries such as Latvia, Slovakia and Poland, almost 60 per cent of students are women.

“In Georgia and in the South Caucasus region the situation is different. These are stereotypes that people cannot get rid of easily. If I was asked about a successful Georgian business person, I would name a man. I am not used to thinking about business women,” says Nino Zambakhidze, chairwoman of the Georgian Farmers Association, owner of a number of successful firms and Georgia’s Young Global Leader, named by the World Economic Forum in 2017.

In the academic year starting in 2016, there were over 135,600 students on bachelor and masters courses in Georgia, with women accounting for 51.2 per cent, according to the National Statistics Office.

“In general, countries in Eastern Europe possess a broad talent pool of highly educated women but are failing to reap the full rewards of that latent potential,” Vesselina Stefanova Ratcheva, WEF’s economist, tells Emerging Europe. “To harness this opportunity for growth, all countries across Eastern Europe can do more to ensure that their policies are up to date and able to alleviate the current care burden on women and ensure equitable treatment across the region’s labour markets.”

Since women’s potential is undervalued and meritocracy is regarded as the criterium, the World Economic Forum’s Global Gender Gap report estimates it would take up to 128 years for Central and Eastern Europe to close gender disproportions.

Boriana Manolova, CEO at Siemens Bulgaria, believes the idea of introducing gender quotas has often been misinterpreted. Quotas are rather a catalyst for changing public perception of the need for gender equality, which is often lags behind legislation. However, the principle of equality must not override the main criterion in job selection — professional competence.

“In Bulgaria, as in many other countries, women remain a largely marginalised economic power whose potential is still underused and underestimated,” Ms Manolova adds. “Despite the progress made in recent years and decades, in many countries around the world and in many occupations, they continue to live under the notorious ‘glass ceiling.’ Conservative assumptions of the role of women in family, the labour market and society, an often difficult work-life balance, deeply rooted gender stereotypes and prejudices are just part of the amalgam of deterrents, blocking their professional development. All this is lost potential that negatively affects not only women themselves but also businesses and societies.”

At junior levels there is more balance, while the largest gap is seen when a woman’s career is taking off.

“Usually in most large businesses the ratio of male and female employees is almost 50/50. Then when you go to senior and director levels, there is a lack of women,” says Olga Grygier-Siddons, chief executive of PwC in Central and Eastern Europe. “When I entered PwC I changed positions every three years. In 1998 I became a partner and for me it was a huge thing and for the first time I realised there were only a few women. Then the biggest challenges came when I had my children. When my daughter was born I was going through my admission process to the partnership and it was quite difficult to manage,” she adds.

Once in a managerial role, it is hard to balance work and personal life. And employers look more for men willing to travel twice per month and work in the weekend.

“Maternal leave can kill careers,” Edina Heal, country manager of Google Hungary, tells Emerging Europe. “Men put more effort in their jobs because they have a wife and children waiting at home. And women are pushing them to work more as well, because they would earn more and help the family achieve a higher standard of living. Things are changing in Hungary, at least in big cities where women are more educated. More often we see fathers playing with their kids in playgrounds or picking them up from school.”

“Luckily, there is a growing awareness that governments and companies can no longer afford to ignore both the economic and leadership potential of women if they want to prosper,” says Ms Manolova. “In this sense providing equal opportunities for the career development of both genders is not only ‘politically correct’ but also economically beneficial. Numerous statistics show that more women in senior positions mean better business performance. But when applying for work, men are more likely to get a managerial position. Quotas could help to give an initial boost for a change in this respect.”

“Also, CEOs are beginning to realise that with technology being much more prominent, the skills they are looking for — adaptability, problem-solving, leadership, emotional type intelligence — are more related to women,” adds Ms Grygier-Siddons.

In her books, Hillary Clinton talks about young men and women who she has hired and promoted over the years.

“Much of the time, this is how it went. ME: I’d like you to take a bigger role. YOUNG MAN: I’m thrilled. I’ll do a great job. I won’t let you down. YOUNG WOMAN: Are you sure I’m ready? Maybe in a year? These reactions aren’t innate. Men aren’t naturally more confident than women. We tell them to believe in themselves, and we tell women to doubt themselves,” she argues.

“In our culture, everything belongs to men, and women cannot own anything. When I got divorced and I wanted to start a business, I asked a bank for a loan and they didn’t give it to me because I didn’t have a husband who would guarantee the loan,” Ms Zambakhidze says.

According to Renáta Tamási, CEO and a co-founder of Samebug, an IT company based in Budapest, role-models are what we need, as women tend to have lower self-esteem than men. “It is good to find role-models who are in the same stage of life as you, so you can relate more, because you feel they understand what you are going through. Women need to find their equals,” she explains.

“Women must be aspirational, apply for jobs, attend more dinners, networking and business trips. There are many initiatives aiming to help women find strength in each other, like female networks and seminars where they can meet and share their experiences,” says Google’s Mrs Heal. “At Google we organise ‘unconscious bios’ training sessions. We work on prejudices in order to eradicate them. American companies are really keen on that, if all companies would do that, there would be no gender gaps.”

But networking might be challenging for women, especially those who are mothers. Environments dominated by men can be another obstacle.

“It is very difficult to attend a networking event if you are the only woman in the room joining groups of men who are talking about football and car racing. We must encourage women to take part in more events,” PwCs Ms Grygier-Siddons tells Emerging Europe.

“What I keep highlighting to executives and people who have an aspiration to make an international career later: a successful career is made up of 10 per cent performance, 30 per cent positive image and 60 per cent visibility. And in brand and visibility men are much better equipped as they naturally form networks. When I am the only woman attending a conference panel or sitting at a board meeting somewhere in Central and Eastern Europe I always think: ‘I am not the only one, I am the first one,” says Eszter Szabó, founder and former regional leader of the GE Women’s Network. She is also a member of the Krynica Economic Forum’s council and co-chair of the Hungarian Female Leadership Roundtable focusing on women’s participation in the business decision making.

“I’m not sure what we call feminism now — I’ve lost count of which wave we’re in. But there’s a lot that feels new,” the first female candidate to try and make it to the White House writes in her book. “While we’re defining things, let’s take a moment for feminism: ‘the advocacy of women’s rights on the basis of the political, economic, and social equality of the sexes’. Not domination. Not oppression. Equality. Or as the English writer and philosopher Mary Wollstonecraft put it 225 years ago, ‘I do not wish women to have power over men, but over themselves,’” Mrs Clinton adds.

And even though there is still a lot to be done, there are excellent examples of women in emerging Europe, who have taken over that power. And by the end of 2018 there could be more. In its Outrageous Predictions for 2018, Saxo Bank claims that things will change and change fast in 2018, as more and more females get to lead the world’s biggest companies. The bank claims that 60 Fortune 500 outfits will be run by women by end of year: “The revolution will be sparked not by a desire to right an historical wrong but rather, by an incontestable economic imperative.”