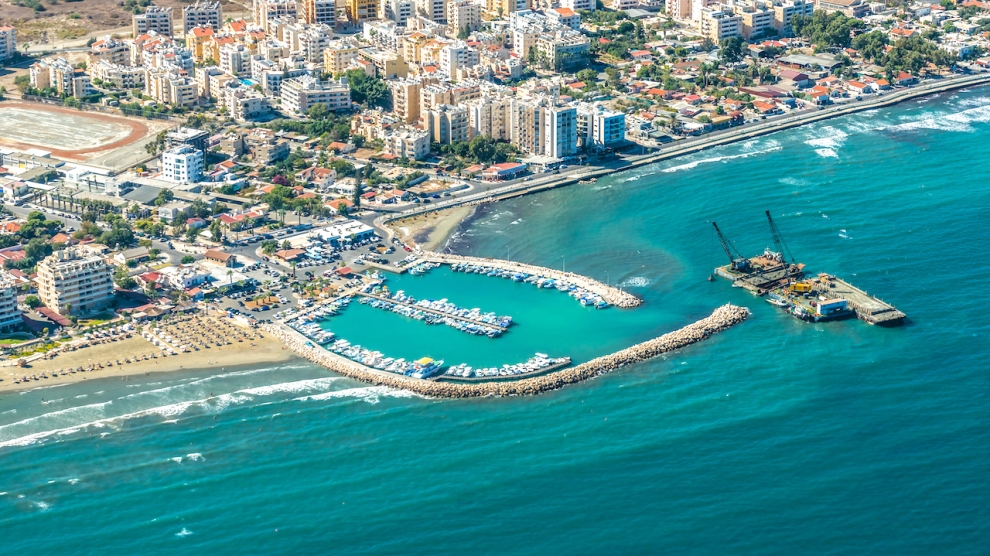 Unlocking Cyprus’ investment potential and improving the business environment are among the main priorities of the Government, says Harris Georgiades, Minister of Finance for Cyprus. He spoke to Jerry Cameron about the country’s economic performance, prospects for future growth and the sectors Cyprus plans on developing.

The 2017 EBRD Annual Meeting and Business Forum is taking place in Cyprus. How can the conference help the island both politically and economically?

First of all, let me say, that we are truly delighted that this year’s EBRD Annual Meeting will take place in Cyprus. Cyprus is a founding member of the EBRD and we are looking forward to the opportunity to host this important event.

The Board of Governors of the EBRD’s decision to start operations in Cyprus, made in Warsaw in May 2014, has contributed significantly to the recovery of our economy. The EBRD’s activities have had a direct impact through investment, in the range of €220 million, but have also provided a very important signal to private investors about the prospects of the country. For this, we are grateful.

The EBRD’s annual meeting is also a unique opportunity for us to demonstrate that Cyprus presents an attractive, safe and stable jurisdiction, which has achieved a remarkable economic recovery and which now offers excellent business and investment opportunities across the sectors. We will have the opportunity to showcase this to the representatives of 67 shareholder countries and up to 2,000 participants from governments, businesses, civil society and the media.

Let’s briefly speak about the economy. The country’s indicators, at the end of 2016, looked positive. How do you see the prospects for the Cypriot economy in 2017 and 2018?

The year 2016 was crucial for Cyprus, as we successfully completed the IMF/ESM assistance programme.

Our exit from the support programme came hand in hand with the strong recovery of the economy. Let me remind you that in 2013, we were facing a severe recession of six per cent. By 2016, we had achieved one of the highest growth rates in the EU, approaching three per cent. This growth was not fuelled by excessive deficit spending or credit expansion, but rather was a result of the strong performance of the key productive sectors of the economy, especially tourism as well as shipping and business services. Unemployment has started to decline, nevertheless, we acknowledge that at 12.9 per cent, it is still high.

The banking sector has stabilised and healed to a significant extent, though challenges still remain. We have also seen significant investment, either through government initiatives or through the private sector. The Rating Agencies have acknowledged these positive developments, which has led to multiple upgrades of the sovereign’s credit rating, and has allowed Cyprus to access international capital markets with improved borrowing conditions.

The outlook for 2017 and 2018 remains very positive, with growth expectations in excess of 2.5 per cent of the GDP. Significant private and public investment is now in the pipeline, which will further support growth and job creation. I would also like to point out that there is a significant upside, over the medium to long-term, from the exploration of new gas fields in the Cyprus Exclusive Economic Zone.

What are the prospects for the budget, fiscal balance and public debt?

Despite the challenging economic environment, fiscal targets have been achieved with considerable margins. Since 2014 we have been operating with an essentially balanced budget. In 2016, we achieved a positive balance of 0.4 per cent and a primary surplus of three per cent, which is the highest in the EU.

We also expect 2017 to be yet another year with an essentially balanced budget. The combination of fiscal discipline and real economic growth has been the hallmark of our economic policy and it is one that has delivered tangible results, demonstrating that the “growth versus austerity” dilemma is not warranted.

This robust fiscal performance has undoubtedly supported debt sustainability. According to the Commission Winter forecast, public debt is expected to drop below 100 per cent of the GDP by 2018. We have accumulated significant cash reserves in order to pre-finance 2017 and early 2018, which has inevitably inflated the level of public debt.

The government has successfully implemented reforms to the pension system and the financial sector. What improvements are you planning in the short and long-term?

Indeed, the ambitious reforms of the financial sector and the welfare system, which have been implemented during the past few years, stand out. We also endorsed a significant reform of the tax administration and of public financial management. Most recently, the privatisation of the Port of Limassol has been completed; the largest of the island.

Even though we are already in the final months of our administration, we are maintaining the reform momentum. Our reform agenda includes the reform of local administration; of the health system; the establishment of a Sovereign Wealth Fund, which will manage future Natural Gas revenues on the basis of international best practices and also a reform of the occupational and private pensions’ framework, which will also see a strengthening and consolidation of the supervision of insurance companies and occupational pension retirement funds.

Additional reforms are envisaged, in general, regarding the judicial system in Cyprus, which are expected to facilitate the business environment.

Another economic sector we are aiming to develop is the funds’ industry in Cyprus. We have worked methodically in the past few years, to introduce a modern legal framework for collective investment schemes, and the last pieces of this legislative reform will be taking place within the next few months. We believe such a framework will provide more specialisation and added value to the financial services’ industry, but it will also provide an alternative way to finance businesses; a much needed instrument.

With a GDP per capita of almost €20,000, Cypriots seem to be relatively affluent. How do you think their economic situation is improving?

Cyprus has transformed itself from being considered an offshore tax haven, with a 4.25 per cent corporate tax rate for grey-area businesses to a unique EU jurisdiction with a standardised tax rate of 12.5 per cent — still the lowest tax rate in the EU. Does this help attract more business?

Yes, the corporate tax is still competitive at 12.5 per cent. Overall, we are aiming for a stable, attractive, transparent and effective tax regime, applied over a broad tax base. This framework is conducive for business and investment. In Cyprus the effective tax rate for business or individuals is around 20 per cent, which is not the lowest in Europe or the world, but is attractive enough. It is worth noting that we have fully eliminated a budget deficit which was persistently at a very high five-six per cent of the GDP, without raising taxes, but through a consolidation of public expenditure. Tax stability is of paramount importance.

Cyprus has also been implementing a comprehensive legal framework to ensure, inter alia, the avoidance of unfair competition in tax matters, guaranteeing transparency and combating tax evasion and avoidance, in accordance with the Global and EU initiatives (namely the BEPS project, the Global Forum on tax transparency and Exchange of Information standards and EU related directives). These initiatives aim to establish confidence in the business environment and give an impetus to entities, in order to establish a real physical presence and economic activity. For Cyprus, a blend of elements such as a generally favourable tax regime, an advanced level of business services provided and a well-regulated and transparent environment will serve as a conduit to elevate Cyprus as a business and financial centre, and hence to attract more business, for a positive impact in the real economy.

Attracting FDI is not only about tax. If we look at the World Bank’s Doing Business 2017, the country is ranked 45th, four notches lower than in 2016. There are elements which have deteriorated significantly by 20 notches compared to 2016, such as getting credit. How would you like to improve the business climate?

Monitoring Cyprus’ performance in relation to international benchmarks, such as the Doing Business index, is an important instrument for steering actions towards a more attractive business environment. Unlocking the country’s investment potential and improving the business environment, are among the main priorities of the Government. IN order to achieve this, the Action Plan for Growth which was approved by the Council of Ministers in February 2015, and updated in November 2016. It includes around 70 targeted actions with specific timeframes for enhancing the competitiveness of our economy.

Some of these actions include the creation of a Department for Growth and Competitiveness, headed by a deputy minister, the strengthening of the entrepreneurial ecosystem and the conducting of a competitiveness benchmarking exercise, so as to provide the necessary analysis for corrective actions.

Cyprus is currently offering excellent investment opportunities across all sectors. Essentially, Cyprus enjoys a restored reputation and this is a result of the determined combined efforts of the government and industry over the last few years. Working together, I believe we have established a stable, safe, pro-business environment. Actually, the creation of an environment that facilitates investments, mainly through the simplification of procedures and developing an effective, stable and transparent regulatory framework is a top priority for the Government. This is exactly what investors need: stability, predictability and a pro-business economic environment. This is exactly what we have established.

This is reflected by the significant inward FDI that has been observed recently, such as in case of Limassol Port and the integrated casino resort (which is expected to be the biggest in Europe). Additional major investments include Marinas, the pharmaceuticals industry, renewable energy products, retail, hotels and real-estate.

Sergei Guriev: Emerging Europe Countries are Happy Alike and Unhappy in Their Own Ways
Kraków Is Growing Into a Green and Liveable Working and Living Place
Comment