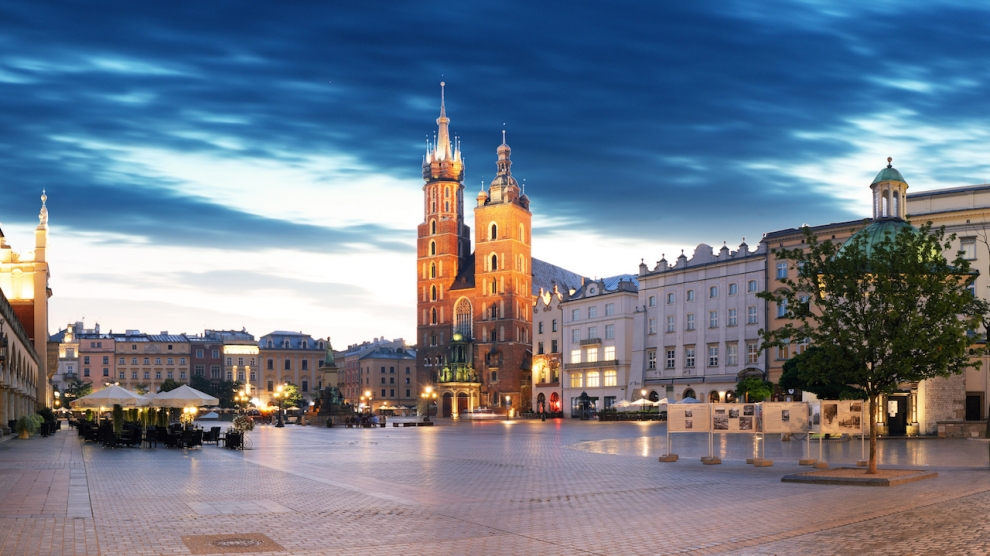 Kraków is number one in Europe, in the outsourcing industry for the third time, and number nine globally, with more than 160 SSC / BPO companies and over 60,000 employees, says Elżbieta Koterba, deputy mayor of the city of Kraków. She spoke to Emerging Europe about the real estate and infrastructural projects the city is working on, Kraków advantages and the challenges the city is facing.

What are the new major infrastructural/real estate investment projects that city hall is planning that could be of interest from an investors’ perspective?

Well, Krakow’s developmental vision is based on a series of strategic activities, with the main priority being the creation of areas that are attractive for investment, modern yet friendly and are green sites for living and relaxation. In our urban space policy, we are focusing on four major strategic projects, of which at least two are targeted on solving the problem of brownfield sites. I am referring to the only locations in the city that permit the construction of high-rise buildings: “Kraków-Nowa Huta of the Future” project, which is aimed at the revitalisation of the social and economic areas located east of ArcelorMittal Poland, and the “Kraków-New City” project that covers the Płaszow and Rybitwy areas.

No less important, within the context of the city’s development, is the Krakow-Airport project, which includes the airport areas located within Kraków — the largest regional Polish airport. The fourth project concerns the revitalisation of the banks of the Vistula River which, in certain sections, includes the post-industrial areas located in Kraków.

The most comprehensive of these is the project implemented in Nowa Huta. Its aim is not only to increase the attractiveness of investment of these areas but also to create an area of culture, recreation and relaxation in the eastern part of Kraków. It is certain that the implementation of each of these projects will involve the creation of new jobs, as well as the development of small and medium enterprises, which is the most important part of any economy.

So these are the real estate projects that are important for the city. Which other sectors is the city promoting?

Kraków was number one in Europe, in the outsourcing industry for the third time (the results of the “Tholons 2016 Top 100 Outsourcing Destinations” report). It also ranked 9th globally. The modern services sector today consists of more than 160 SSC / BPO companies and more than 60,000 employees.

Kraków is also known as a city that is friendly to the innovation sector. The R&D centres and advanced technology companies in Krakow attract a lot of attention. The local environment and climate for start-ups certainly contributes to the fact that Kraków’s global economic brand is growing stronger every day.

The city’s aspiration of the city, resulting from the strategy being developed, is to realise its vision of a smart city — a modern metropolis that offers a high quality of life. It is also important to create an environment that is favourable to the development of an innovative economy, with the necessary elements of strong human capital, i.e., socially-committed inhabitants who are capable of participating in the management of the city. Thanks to this, Kraków will be an open city that is actively involved initiating processes of global importance, while at the same time creating friendly conditions for local development. As well as all of this, it will create systemic solutions for the transfer of knowledge and technology in the science-business line. These are extremely important factors for the development of high technology industries.

What is the city’s value proposition for foreign investors, sector and investment opportunities or the city’s advantages over other cities in the country and the CEE region?

A unique atmosphere, a well-developed infrastructure, the intensive transfer of knowledge and business – these are just some of the advantages of Krakow which make it an attractive city both in terms of tourism and of business. It has been possible to create relationships with international markets because of Kraków Airport which is a leader among the regional airports in Poland. The port serviced approximately five million passengers in 2016. The city has a substantial base of congressional-convention facilities, with approx. 170 facilities, which makes Kraków a popular choice for congresses, conferences, trade fairs, exhibitions and business meetings.

Krakow’s academic and scientific background is undeniably an asset and the impetus for its development. The capital of the Małopolska Region is recognised as the cradle of science, education and development. There are 23 institutions of higher education with approx. 180,000 students. The activities of approx. 100 scientific and research units and institutes and 2,000 scientific workers also help to create the strong brand for our progressive city.

The city has been a leader in the regional office-space market for several years and the sector’s growth has been consistently high. In 2017, we will exceed the one million square metre office-space threshold, while still maintaining relatively low rental and vacancy rates. This reflects the continuing positive trend of employment growth in the modern business services sector which has been ongoing for several years now.

Apart from that, Kraków, is a cultural city and it is also a friendly and attractive place to live and to spend free-time. We always keep in mind that we must maintain a high level of cultural, tourist and sports facilities.

What challenges does the city have to overcome now?

I would say that what is challenging for us, today, is not the economic issues but more the quality of life — including achieving our goals of combating environmental pollution and improving the educational facilities at pre-school and school levels.

These elements are important not only in the context of locating the companies providing modern business services in a given area, but also from the perspective of each user of our city. The priority for Kraków is to systematically increase the number of green and recreational areas and to invest in a high-quality technical infrastructure —particularly, the construction of the first subway (metro) line. The city has also been continuing its ceaseless efforts to improve the air quality for several years.