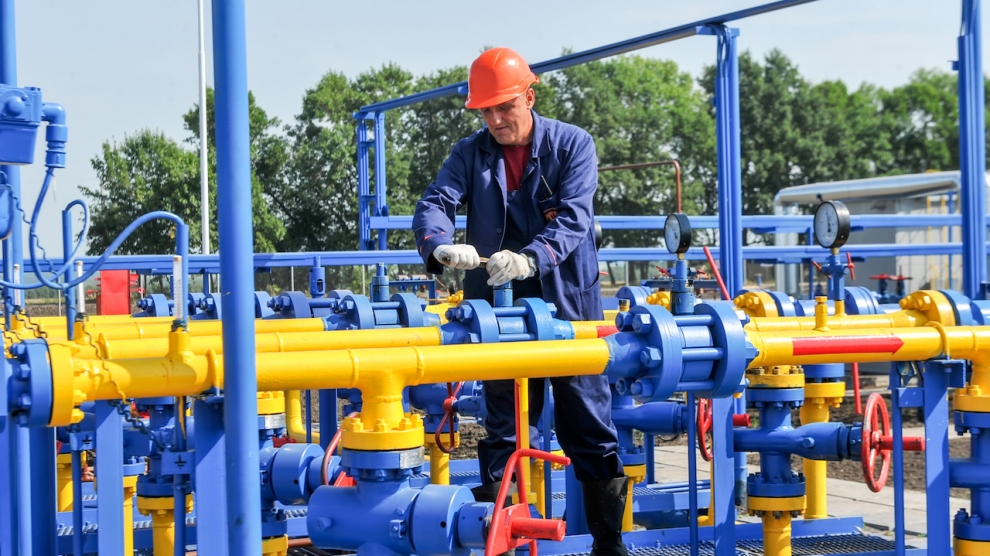 Ukraine, similar to Albania, Bosnia and Herzegovina, Kosovo, Macedonia, Moldova, Montenegro, and Serbia, is a contracting party of the Energy Community, whose goal is to extend the EU internal energy market beyond the European Union, by attracting investment, creating an integrated energy market, securing supply and enhancing competition.

Janez Kopač, director at the Energy Community Secretariat, and Karolina Cegir, a gas expert in the organisation, spoke to Andrew Wrobel, about how Ukraine’s energy sector is integrating with the EU’s.

Is Ukraine coming closer to the EU’s energy market?

Karolina Cegir: Well, some people would say that the process is too slow, and others that it is very fast. If you look at what has been done in the last three years in Ukraine’s gas market, there is quite a lot of change. Supply has been diversified switching import dependence from Russia from 100 per cent to 0 per cent by handling reverse flows from Slovakia, Poland and Hungary, which enables a much greater flexibility in deliveries. What is needed now is to let new suppliers into the market. Naftogaz is still the main player, of course, but there are companies with big capacity and with transmission contacts in Ukrainian market.

What about market liberalisation?

Right now, they are talking about how to switch from monthly to daily balancing with serious consultancies support and with comprehensive working groups to put this into the transmission code, and in parallel, to buy additional software to allow this in this particular sector.

So, what are the biggest challenges right now?

Karolina Cegir: As far as gas is concerned, the main pending issue is unbundling. This is going on right now, with some delays, and the unbundling of TSO is the main issue.

Janez Kopač: If we talk about energy in general, then we have the electricity market, which is still a single buyer model. This means everything is regulated and the Third Energy Package compliant electricity market law was approved in the first reading, but now the second reading keeps being postponed. Even if it is adopted relatively soon, it still has a transitional period, which means that the real transitional period will only start in the mid-2019. But of course, the whole fact of switching from the Pre-First Energy Package model into the Third Energy Package model in two years is quite brave, but this step has to be made.

If we talk about energy efficiency, you won’t believe this, but it is politically the most sensitive issue in Ukraine because of resistance, not because of support. The certification of existing apartments or buildings according to the energy performance of the buildings directive has not passed parliament already after three tries. So, despite the fact that macro-financial assistance has €600 million pending on this decision, there’s a no-go, funnily enough.

How about energy security?

Janez Kopač: There is no outstanding security of supply issues as far as gas is concerned, at all. Ukraine hasn’t needed any gas from Russia since November 2015. Ukraine decreased consumption tremendously and they have enough from their own production and import via Western borders.

In electricity, they are self-sufficient. They do not allow imports of electricity from Russia, neither from Slovakia, which would be possible. Even if you talk about EU member states or Energy Community Contracting Parties borders – Slovakia, Hungary, Romania, and Moldova – the import of electricity should be allowed because it is part of the Energy Community Treaty’s obligations; but it is still prohibited.

However, currently, they have another political issue with the supply of coal from the occupied territories in the east. Due to some recent political reasons, it is currently prohibited. This is why they could have some blackouts in the future.

When you look at the potential for renewables; the agricultural sector in Ukraine is massive. How do you see this part of the sector developing?

Janez Kopač: The Renewable Support Scheme is very generous, too generous and too expensive. I am not talking about the biomass element, but about the solar panels and the wind turbines. This type of electricity production is subsidised twice as much as in, for example Germany, so the tariff envisages that for electricity coming from solar panels you will receive approximately €150 per megawatt, while in Germany at this moment I think they have reached €75 through auction. So they will have to reform the support scheme because it is simply not sustainable.

Karolina Cegir: It seems that it has never been strategy-driven; they haven’t checked the potential and put a proper framework in place to develop this potential. For biomass, I would say this is even below the visible horizon as far as the potential for development of Ukraine is concerned.

We have recently discussed the regulations regarding alternative fuels amendments and I would say there are not enough resources or knowledge, or even expertise available, nor is there really this horizontal change that should be in place for things such as agriculture and energy together. But on the other hand, it is a pity for Ukraine, there is a huge agricultural production that is being exported for biofuel production in Germany.

Do you see room for foreign investment, that is, international investors in the energy sector in Ukraine?

Janez Kopač: The basic condition for any investment is legal and political stability. We would say that political stability is already in place, but the legal stability is currently not yet there entirely. In the gas sector, it is much better. In electricity sector, nobody knows what will happen with the reform and when it will happen. Ukraine is a country of huge opportunities, but first the legal framework has to be settled. Potential investors have already understand the position and are just waiting.